The French artist has covered the walls of Bastille and Montmartre with paintings of delicate, red-lipped women 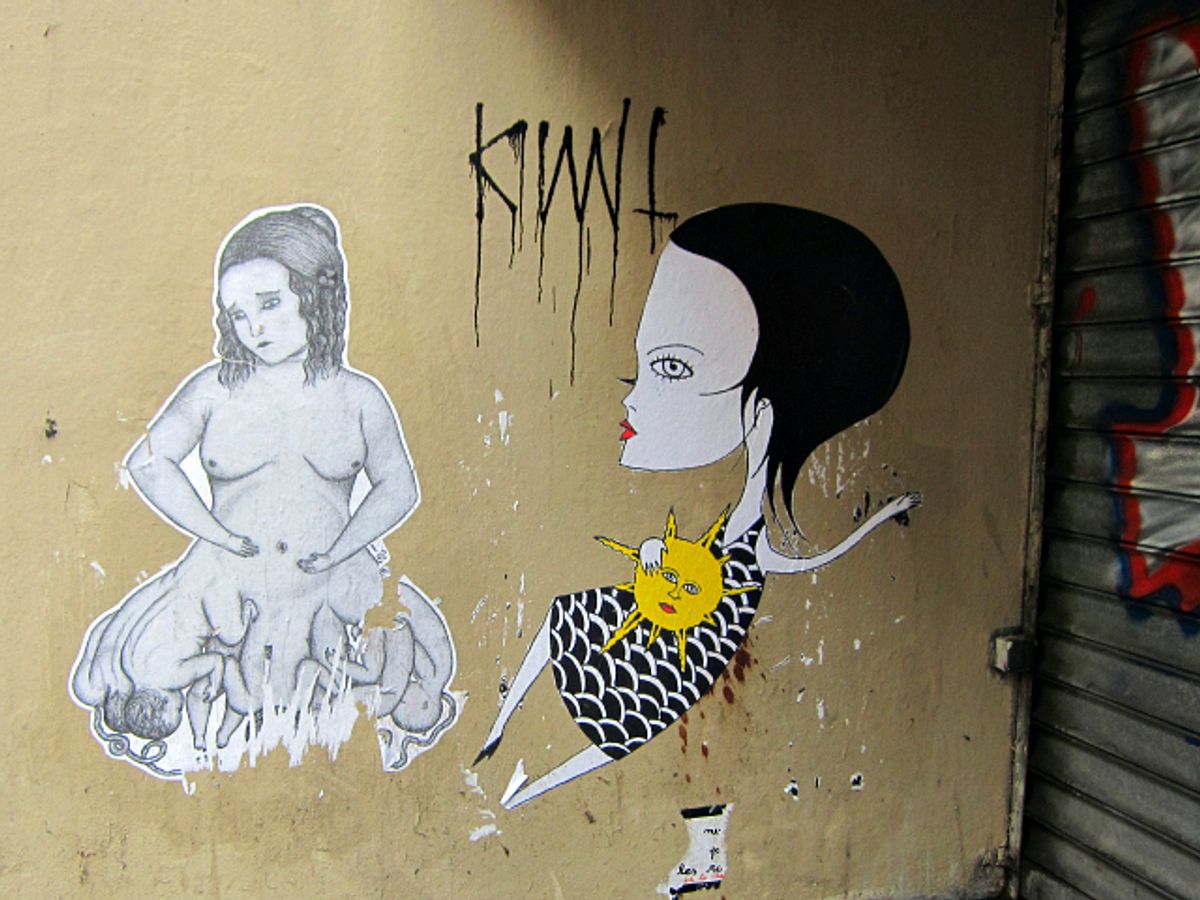 PARIS — As I’ve been wandering the streets of Paris this week, one artist seems to be haunting my path with his dark and elegant street art. Fred le Chevalier, as he signs his work, has paste up drawings of red-lipped pale women posed with strange creatures like owls, large cats, and anthropomorphic suns. Each has its own identity while being immediately recognizable for their hand-drawn details and illustration style. And they’re prolific. I’ve come upon them all over the Marais, Bastille, and Montmartre neighborhoods, each work blending in with Paris’ own identity of beauty, but one that is often dark and strange, with its long twists of history winding through its alluring streets.

I got curious about Fred le Chevalier, and found that he has been gaining quite a profile in Paris, exhibiting first at Le Houla Oups where everything sold out in under an hour, and then at Cabinet d’Amateur, Nivet Carzon, and Sometimes Studio. According to his interview with My Life on a Bike, he stopped doing art for a long period of time, but then started again in the past decade and started posting them on MySpace, and following the positive feedback decided to take them to the streets. He now estimates he’s done thousands of them, and all of the ones I’ve glimpsed seem very recent as they were relatively untouched by graffiti or other damage. He’s also apparently more interested in the works being seen as a type of poetry than purely street art, according to an interview with Idol magazine, as it is about interpreting his feelings onto the walls of Paris.

An angelic character over two figures

Detail of one of the figures

There’s something very simple about the drawings that make them incredibly charming, but it’s the little details like the twist of a pupil in the eye or the sudden splashes of color that really make them interesting. Fred le Chevalier has a pretty active blog where he posts new work, with glimpses of the catches of poetry beneath the drawings (such as “je suis un monde englouti,” roughly “I am a world engulfed”), so even if you can’t stumble upon them in Paris you can catch his odd figures that hide in its streets.