It's on: Sanford to face Colbert Busch for South Carolina House seat 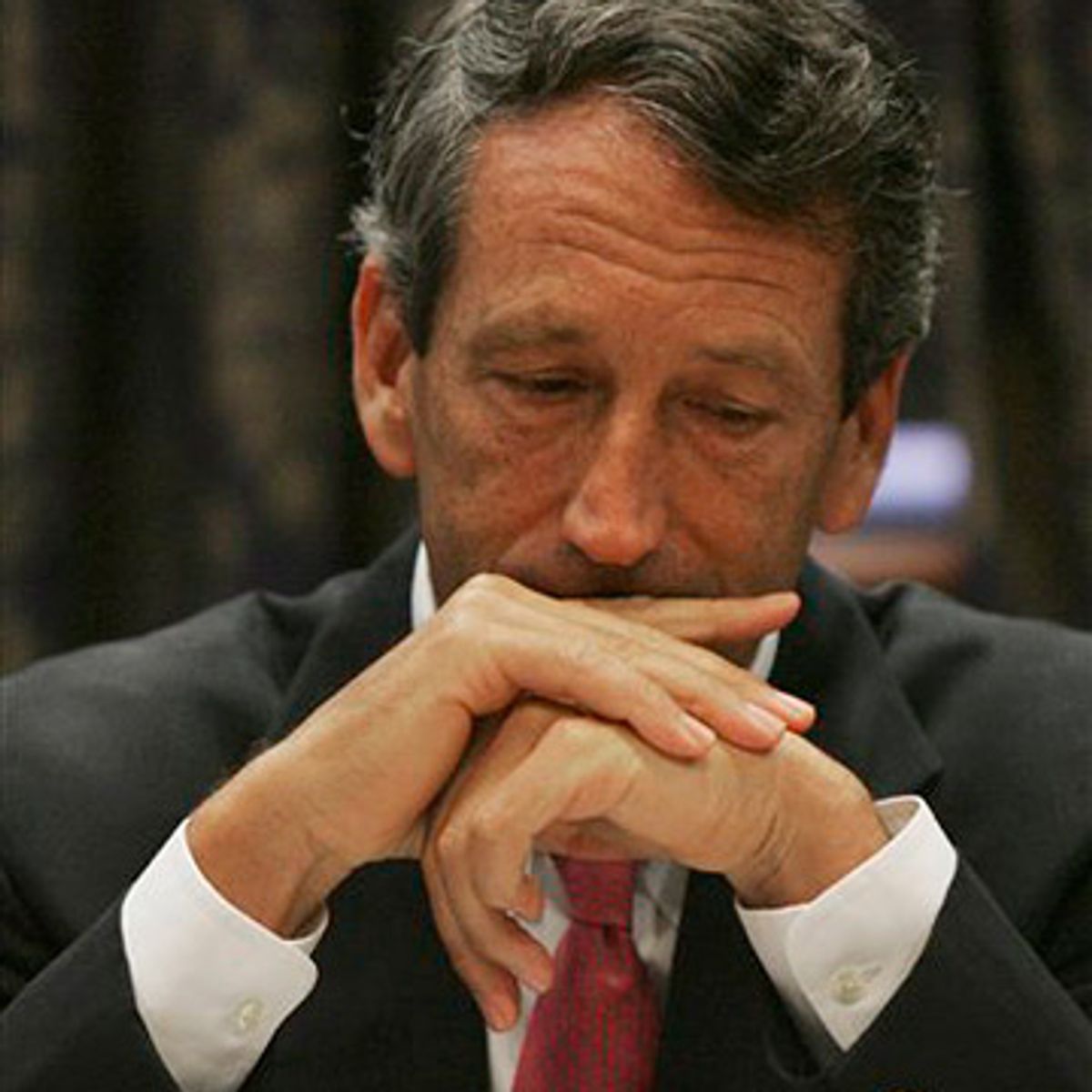 MOUNT PLEASANT, S.C. (AP) — The race for a vacant South Carolina congressional seat has turned into the big-name contest that political junkies were hoping for.

Former South Carolina Gov. Mark Sanford, a Republican trying to make a comeback after his political career was derailed by his admission of an extramarital affair, faces Democrat Elizabeth Colbert Busch, the sister of political satirist Stephen Colbert, in a May 7 special election.

Sanford defeated former Charleston County Councilman Curtis Bostic in the GOP primary runoff Tuesday, clearing another hurdle in his quest for political redemption. He finished first last month in a 16-candidate field in the primary in the state's 1st Congressional District, which runs northeast along the coast from Hilton Head Island through Charleston and to the Georgetown County line.

Colbert Busch — who once worked in Washington as an intern for then-U.S. Senator Ernest "Fritz" Hollings, D-S.C. — has had a lifelong dream of running for public office. The businesswoman has said jobs is a top priority for her campaign. Colbert Busch has worked in the shipping industry for years and is now on a leave of absence from her position as the director of business development for Clemson University's Wind Turbine Drive Testing Facility.

"We need a voice in Washington who stands up for South Carolina solutions - not either political party. And my business experience will get the job done," Colbert Busch said in a statement after Sanford won.

Sanford on Tuesday collected about 57 percent of the vote in defeating Bostic.

In 2009, Sanford, in his second term as governor, was a rising Republican political star before he vanished from South Carolina for five days. Reporters were told he was hiking the Appalachian Trail, but he later tearfully acknowledged he had been visiting Maria Belen Chapur, which he told everyone at a news conference announcing an extramarital affair. He later called her his soul mate.

Before leaving office as governor, Sanford avoided impeachment but was censured by the Legislature over state travel expenses he used for the affair. He also had to pay more than $70,000 in ethics fines — still the largest in state history — after Associated Press investigations raised questions about his use of state, private and commercial aircraft.

Sanford's wife Jenny later divorced him and wrote a book, and Sanford and his former mistress are now engaged. She appeared at Sanford's side during his victory speech but did not address the crowd.

"I want to thank my God," Sanford said. "I used to cringe when somebody would say, 'I want to thank my God,' because at that point I would think this is getting uncomfortable. But once you really receive God's grace and (have) seen it reflected in others you stop and acknowledge that grace and the difference he has made in my life and in so many lives across this state and across this nation."

Sanford has been stressing his credentials as a fiscal conservative who would help get the nation's finances in order.

Bostic had argued that Sanford's indiscretions had left him a compromised candidate, leaving the door open for the Democrats to capture a seat in Congress they have not held in more than 30 years.

But it has also proved a story of Sanford's redemption.

Sanford, who held the 1st Congressional District seat for three terms before he was elected governor, said earlier Tuesday the runoff results would give a good indication whether voters have moved past his personal indiscretions.

When asked later if they had, he replied simply "I'm both humbled and grateful for the response of the voters."