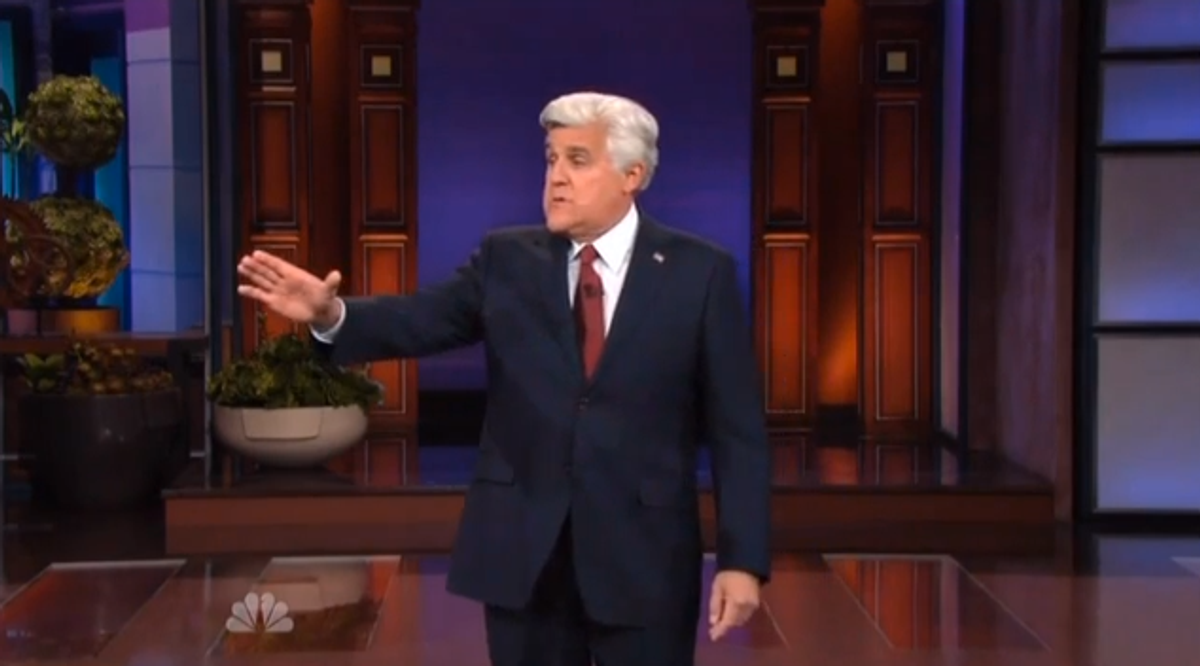 Playing off the announcement from the Associated Press Tuesday that it will no longer use the term "illegal immigrant," "Tonight Show" host Jay Leno made a joke sure to please many conservatives, suggesting the AP should call people who immigrated to this country illegally "undocumented Democrats":

The joke isn't particularly original -- it's typical fare at Tea Party rallies and conservative confabs. Here's radio hosts Rush Limbaugh, Roger Hedgecock and Lars Larson all making the same joke. Rep. Steve King earned whooping applause when he cracked the line at CPAC last month. You can even buy a whole variety of "undocumented Democrats" apparel at the UpYoursObama.com store on CafePress.

So, not surprisingly, Leno has come in for praise on the right, earning back slaps from the likes of TownHall, HotAir and Newbusters, which clipped the video: