After weeks of speculation, NBC makes it official: Fallon is the new host of "The Tonight Show" 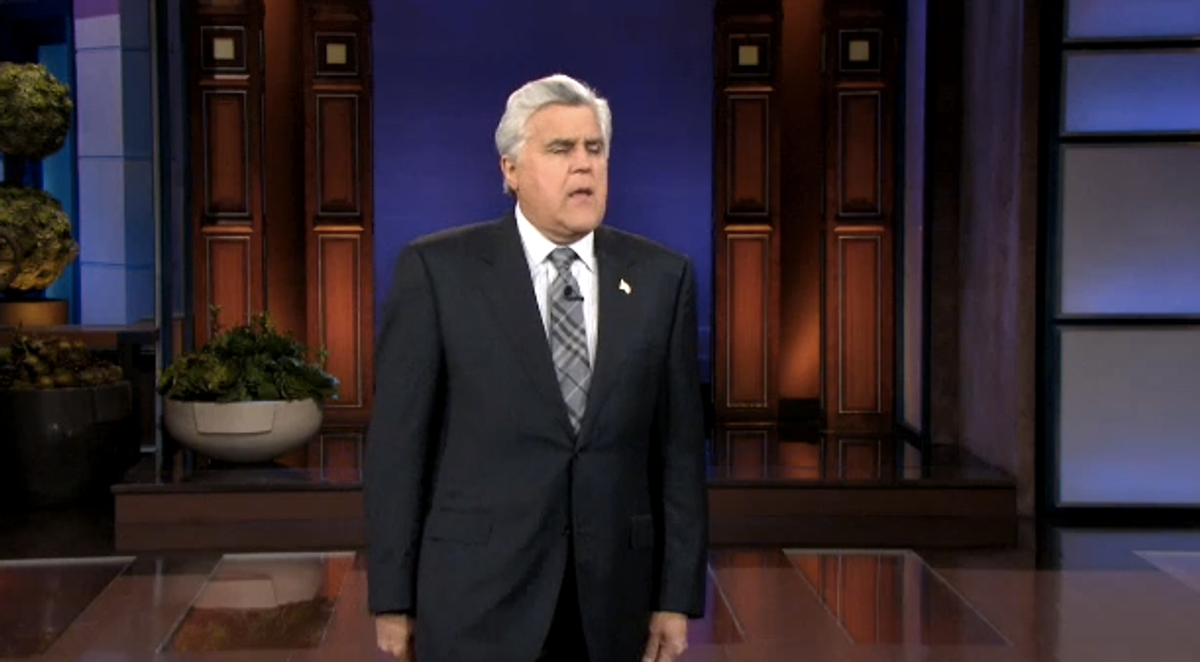 The New York Times has confirmed that Jimmy Fallon will replace Jay Leno after the 2014 Winter Olympics.

Bill Carter's piece, which features interviews with both Fallon and Leno, is light on the sort of acrimony that distinguished the last "Tonight" changeover, when Conan O'Brien briefly replaced Leno in 2009.

"The main difference between this and the other time is I’m part of the process," said Leno, who engaged in a series of discussions with NBC executives over the past month. Leno has hosted the show (with a brief interruption during the O'Brien period, during which he hosted "The Jay Leno Show" on NBC) since 1992, when he succeeded Johnny Carson.

As for speculation that Leno will undercut the Fallon "Tonight Show" -- which is to return to New York -- with a show on Fox or another network, the venerable host leaves the door open somewhat. "Would I do it again? Believe me, the phone’s not ringing off the hook. It will be nice if people seem interested. But I’ll let it sit where it is."

Update: NBC's official announcement of the changeover is out.

As part of the transition, “The Tonight Show” will be returning to its original home in 30 Rock in New York and will be executive-produced by Emmy Award winner Lorne Michaels (“Saturday Night Live,” “30 Rock”). Programming plans for the 12:35 a.m. (ET) time period currently are in development and will be announced soon. Said Leno: “Congratulations Jimmy. I hope you’re as lucky as me and hold on to the job until you’re the old guy. If you need me, I’ll be at the garage.”

Said Fallon: “I’m really excited to host a show that starts today instead of tomorrow.”

As noted on Twitter, the announcement, which hails Leno's accomplishments -- "Leno has hosted 'The Tonight Show with Jay Leno' since taking over the reins from television icon Johnny Carson in 1992" -- does not mention that Conan O'Brien hosted "The Tonight Show" in 2009, or, indeed, mention O'Brien at all.