Philippines' dancing inmates, coming to a theater near you

50 million YouTube hits later, their stories will be immortalized in the documentary "Dance of the Steel Bars" 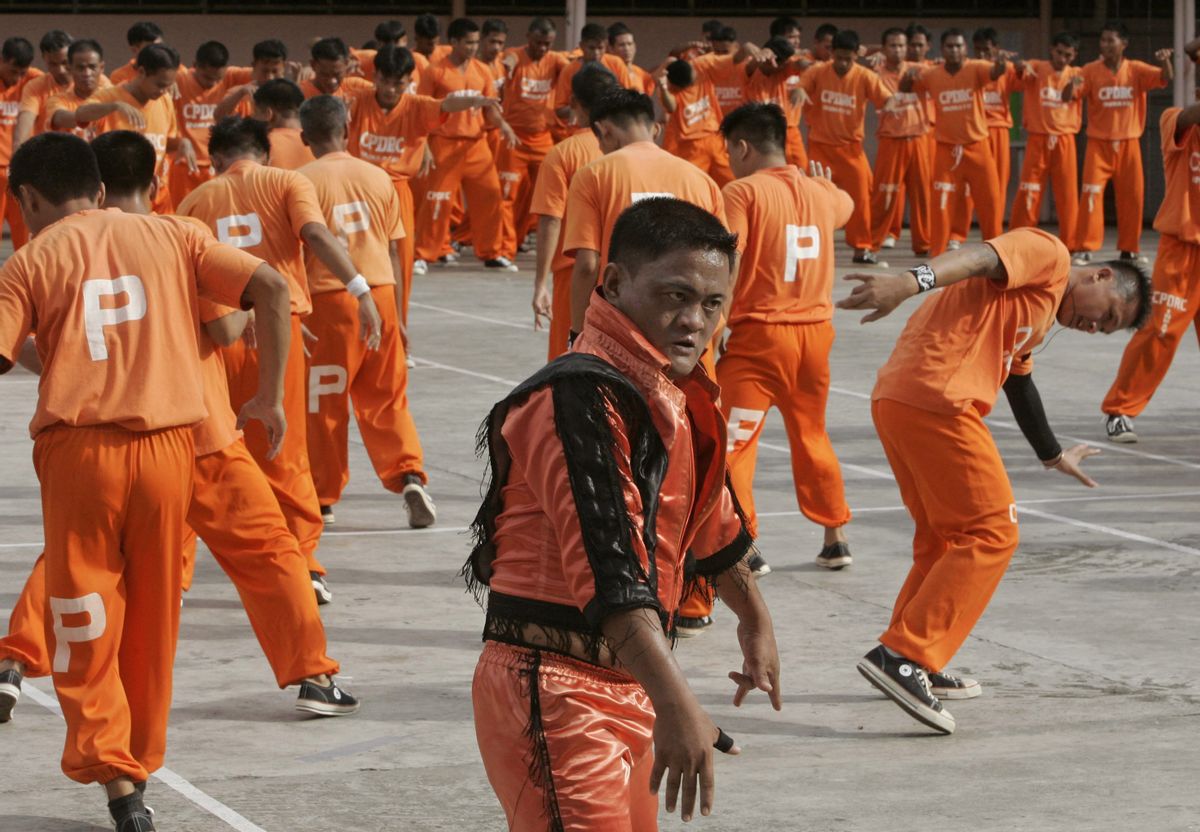 Inmates at the Cebu Provincial Detention and Rehabilitation Center on the island province of Cebu in central Philippines. (AP/Bullit Marquez)
--

MANILA, Philippines (AP) — Six years and 52 million YouTube hits later, Filipino inmates who danced to "Thriller" inside a prison courtyard are getting their stories told in a movie drama about redemption and corruption behind bars.

"Dance of the Steel Bars" was shot in the Cebu provincial prison, the same place where up to 1,500 inmates dressed in orange uniforms danced to global fame in 2007. Their choreographed act still attracts thousands of tourists who troop to the prison to watch the performance, which recently included "Gangnam Style." Some of the dancing inmates appear in the movie too.

He befriends Mando, played by 32-year-old Dantes, a convicted murderer who denies his passion for dancing to prove his masculinity. Another character, Allona, played by Joey Paras, is a transsexual who teaches dance to his fellow inmates to contribute to prison reforms. They are caught up in a struggle between the positive changes being implemented by the new jail warden and a corrupt prison system.

Marnie Manicad, who co-directed the movie with television reporter Cesar Apolinario, said Wednesday that the story is fictional but inspired by real stories of the inmates.

"We made this film to tell the story of redemption, and of the human spirit's ability to change for the better," she said.

Manicad, her husband and television reporter Jiggy Manicad, and Apolinario co-wrote the story. The screenplay is by Cris Lim.

Shooting inside the actual prison, with dance sequences of the inmates included, presented a unique challenge, Manicad said. But she praised the inmates for their discipline and self-respect. The prison scenes were shot over a week in 2010, and the entire production took about three years.

"I cannot do much for them except tell their story to the world through this movie," she said.

The movie is set for local release on June 12. Its creators plan to enter it in international film festivals and for screenings in major cities abroad.