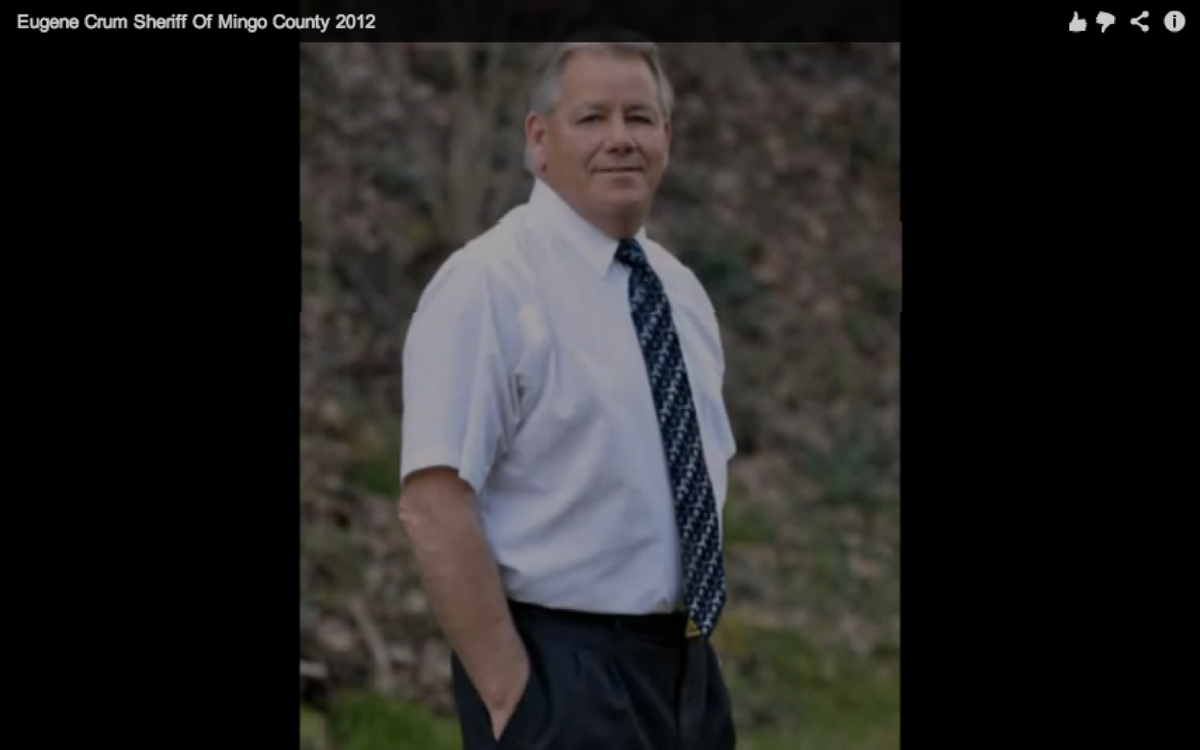 WILLIAMSON (AP) -- State Police say the man suspected of shooting a West Virginia sheriff to death is in a hospital with gunshot wounds.

Sgt. Michael Baylous identified the man Wednesday as 37-year-old Tennis Melvin Maynard and said he was being treated at Cabell Huntington Hospital in Huntington.

Baylous did not describe his condition but said Maynard was shot by a sheriff's deputy after a short pursuit in Delbarton that ended with Maynard crashing his car.

Maynard is suspected of killing Mingo County Sheriff Eugene Crum. The sheriff was gunned down Wednesday in the spot where he usually parked his car and ate lunch in Williamson.

Crum was elected last year and has been cracking down on the drug trade, but it's unclear whether his death was related to the new Operation Zero Tolerance.

Crum was fatally shot in Williamson near the Mingo County Courthouse around noon Wednesday.

A suspect is in custody.

More details as they become available.

WILLIAMSON, W.Va. (AP) -- A Mingo County emergency official says Sheriff Eugene Crum has been shot and a suspect is custody.

County Office of Emergency Services head dispatcher Willis Spence says the shooting occurred Wednesday in Williamson within a block of the Mingo County Courthouse. Spence did not know Crum's condition.

Spence says the courthouse is closed.

Spence says a news conference is planned for 6 p.m.

WILLIAMSON (WVVA) - The police chief in Williamson has confirmed to NBC affiliate WSAZ that Mingo County Sheriff Eugene Crum has been shot.

Crum was apparently shot in the area of the Mingo County Courthouse just after noon on Wednesday.

West Virginia State Police tell WSAZ.com that a subject is in custody at this time.

We will pass along more information as it becomes available.