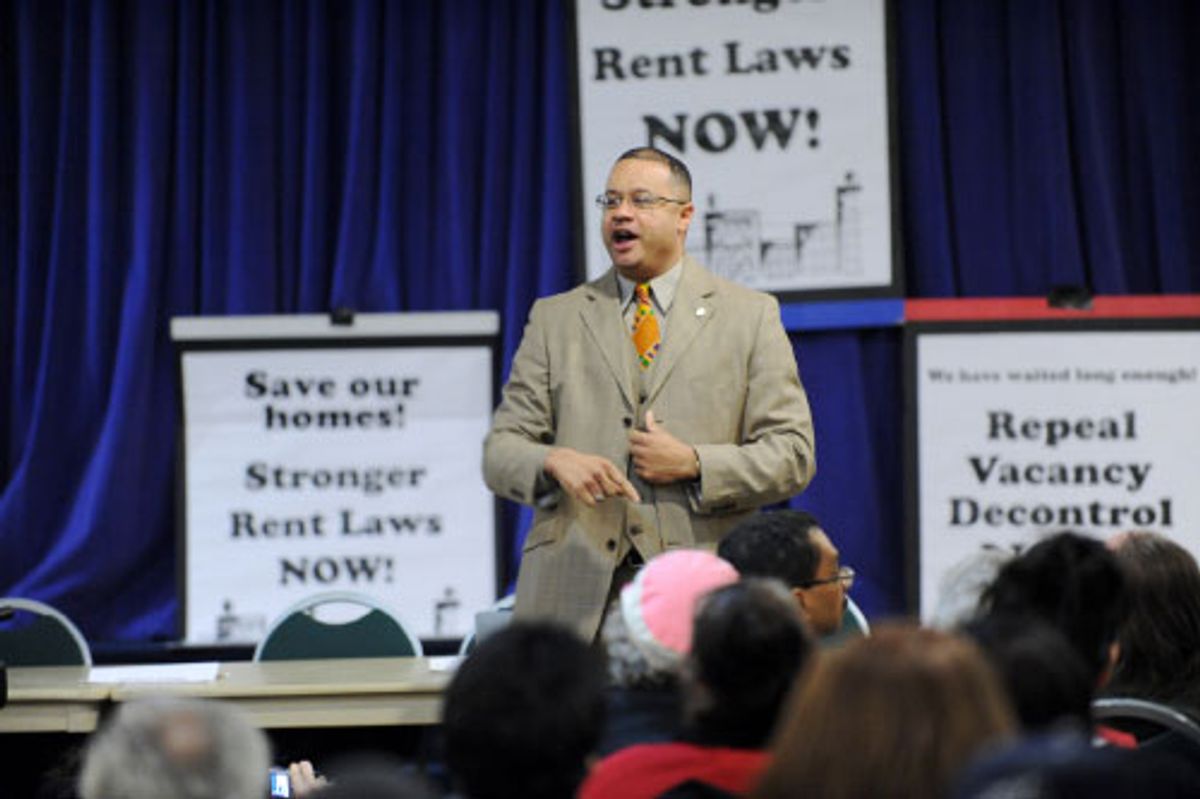 Four others and were arrested in connection with the Stevenson probe on Thursday. According to the complaint, another unnamed New York Assemblyman has been cooperating federal officials since at least early 2012, and will resign from office.

“Stevenson is accused of taking bribes in exchange for official acts, which included drafting, proposing, and agreeing to enact legislation that would benefit the co-defendants’ businesses,” said a press release from U.S. Attorney Preet Bharara’s office. “Two of the other defendants are also charged in connection with their payment of a bribe to another Assemblyman, who was actually cooperating with the Government at the time. The charges include conspiracy to deprive New York State and its citizens of Eric Stevenson’s honest services, federal programs and Travel Act bribery conspiracy, federal programs bribery, and Travel Act bribery conspiracy.”

On Tuesday, New York state Sen. Malcolm Smith and Queens city councilman Daniel Halloran were arrested and charged with trying to bribe Republicans to get Smith's name on the ticket for the New York City mayoral race.