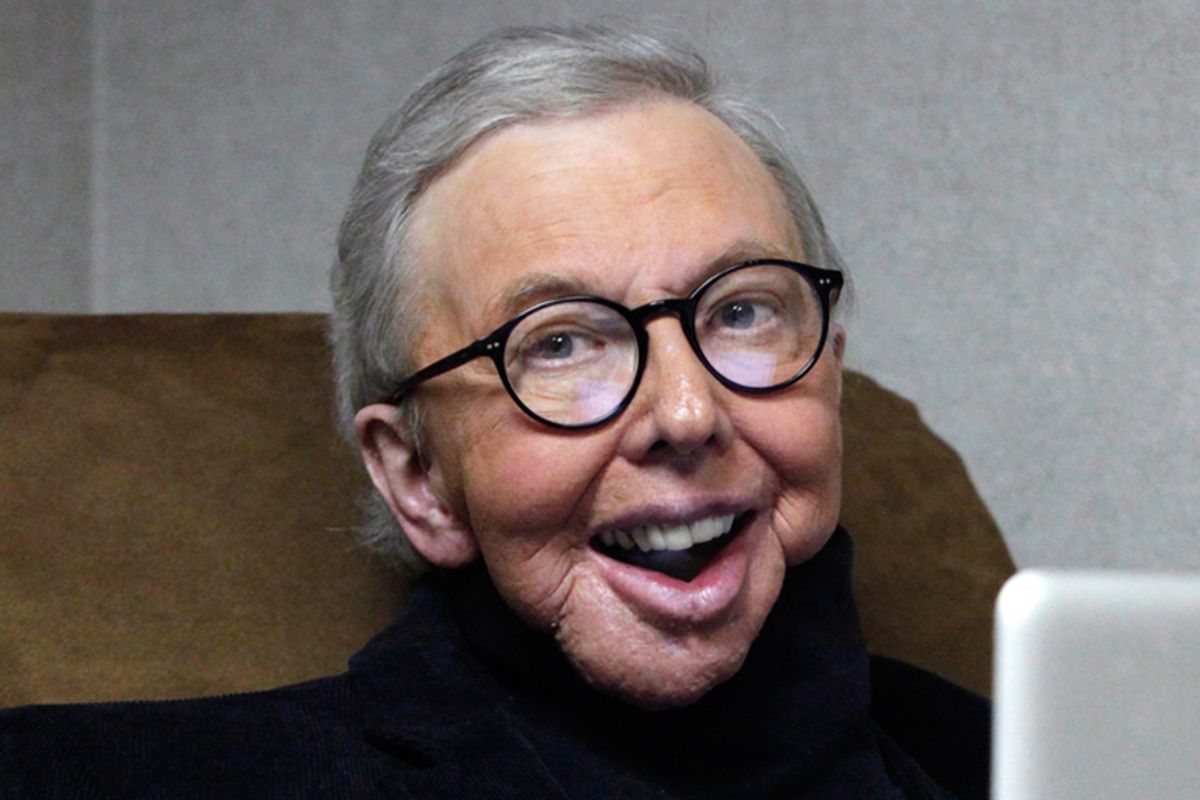 The Sun-Times, home of Ebert's review column for 46 years, wrote on Thursday that Ebert "was without question the nation’s most prominent and influential film critic." He "had been in poor health over the past decade, battling cancers of the thyroid and salivary gland."

The tragic news comes only two days after the Ebert announced that he was cutting back from writing reviews due to his ailing health. The first-ever film critic to win a Pulitzer Prize, Ebert had ambitious plans to relaunch his web site and reconnect with audiences through a campaign to bring back his PBS show "At the Movies."

In 2011, Salon republished an essay in which Ebert came to terms with the concept of death, saying, "I was perfectly content before I was born, and I think of death as the same state. I am grateful for the gifts of intelligence, love, wonder and laughter. You can’t say it wasn’t interesting. My lifetime’s memories are what I have brought home from the trip."

On dying, he wrote:

What I expect to happen is that my body will fail, my mind will cease to function and that will be that. My genes will not live on, because I have had no children. I am comforted by Richard Dawkins’ theory of memes. Those are mental units: thoughts, ideas, gestures, notions, songs, beliefs, rhymes, ideals, teachings, sayings, phrases, clichés that move from mind to mind as genes move from body to body. After a lifetime of writing, teaching, broadcasting and telling too many jokes, I will leave behind more memes than many. They will all also eventually die, but so it goes.

O’Rourke’s had a photograph of Brendan Behan on the wall, and under it this quotation, which I memorized:

I respect kindness in human beings first of all, and kindness to animals. I don’t respect the law; I have a total irreverence for anything connected with society except that which makes the roads safer, the beer stronger, the food cheaper and the old men and old women warmer in the winter and happier in the summer.

That does a pretty good job of summing it up. “Kindness” covers all of my political beliefs. No need to spell them out. I believe that if, at the end, according to our abilities, we have done something to make others a little happier, and something to make ourselves a little happier, that is about the best we can do. To make others less happy is a crime. To make ourselves unhappy is where all crime starts. We must try to contribute joy to the world. That is true no matter what our problems, our health, our circumstances. We must try. I didn’t always know this and am happy I lived long enough to find it out.