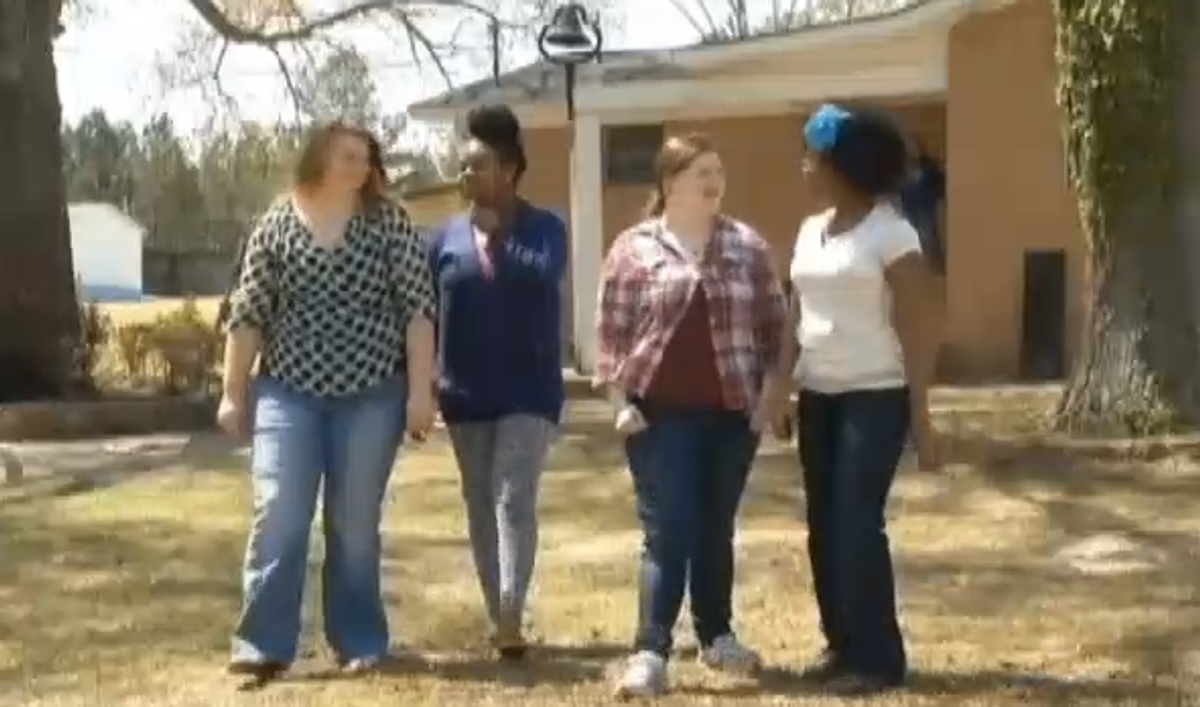 Four girls in Rochelle, Ga. are fighting to do in their hometown what the Civil Rights Act was meant to do for all of America in 1964: end segregation.

WSAV in Georgia reports that Wilcox County High School holds two proms for its students: a whites-only prom, and an integrated prom. WSAV notes that the school has never had a fully inclusive prom in its history.

Best friends Stephanie Sinnot, Mareshia Rucker, Quanesha Wallace and Keela Bloodworth are trying to change that. "We are all friends," said Sinnot. "That's just kind of not right that we can't go to prom together."

If any non-white person tried to attend the whites-only prom, "They would probably have the police come out there and escort them off the premises," said Bloodworth. According to WSAV, this was the case in 2012 when a biracial student who tried to attend the dance was "turned away by police."

The students are pushing to do end segregation at the dance, but are facing backlash. WSAV reports:

There will still be two proms this year. Neither proms are financed by or allowed to take place at Wilcox County High School. The students said that when they pushed for one prom, the school offered a resolution to permit an integrated prom that would allow all students to attend but not stop segregated proms.