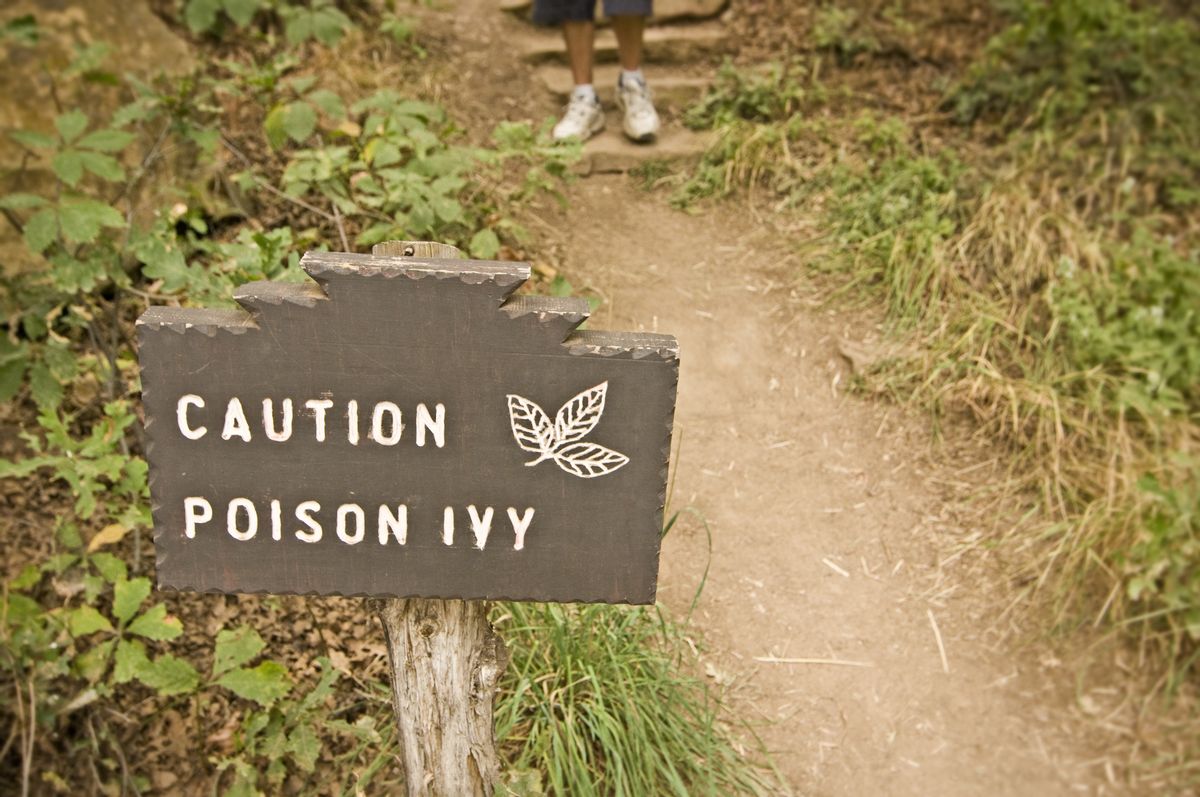 Back in college, I developed an oozing poison ivy rash all over my neck and arms and had to go on steroids -- just because I inadvertently grazed the clothes of a friend who had gone tromping through the woods earlier that day. What’s worse, it happened right before the Dalai Lama visited my school. While my classmates were leaning forward in their folding chairs to capture his every syllable, I was shifting in my seat, clutching a bottle of calamine lotion, and desperately trying to look calm while the Lama talked about peace of mind -- something I only know from reading the transcript. It’s hard to listen while your skin is on fire.

So yeah, I’m pretty allergic to poison ivy. But a lot of people are -- 80 percent of the population reacts to the vine with welts and maddeningly itchy rashes. So the fact that poison ivy plants are getting bigger and more poisonous due to climate change isn’t exactly welcome news. But that’s precisely what’s happening; scientific research indicates that with higher levels of carbon dioxide in the atmosphere, the poison ivy plant grows larger, and its “oil” (a.k.a. the awful poisonous stuff) becomes more potent.

Fortunately, someone’s already thinking about how we could do a better job getting rid of the plant. (Rabbits and deer might miss it -- they're immune to the ivy's poison, so it makes a nice leafy lunch for them -- but consequences to the overall ecosystem would be minor, experts say.) Last week a group of horticulturists, scientists, and nurses convened in Philadelphia for the first conference devoted exclusively to the nettlesome vine. Ivy eradication specialist Umar Mycka, who also works at the Philadelphia zoo, organized the small, four-day gathering. One of his goals was to swap itching remedies and removal strategies with other poison ivy experts.

“If you want to deal with a problem, you have to know what size problem you’re dealing with,” Mycka says. “These plants are so powerful to start with, it doesn’t take much of a touch from carbon to make it much worse.”

That’s exactly what scientists found when they planted poison ivy in an experimental forest at Duke University, piping in carbon dioxide to artificially raise the concentration of CO2 in the atmosphere to the levels it’s expected to be by about 2050. The result, published in 2006: like other plants subjected to a high-CO2 environment, the poison ivy plants grew 150 percent bigger, with 153 percent higher concentrations of their oil, called urushiol.

Lewis Ziska, a plant physiologist at the U.S. Department of Agriculture who co-authored the study, estimates that poison ivy plants are already growing 50 to 60 percent larger than they did 100 years ago. He told me that warmer temperatures are probably also pushing poison ivy-growing zones northward (again, as with many other plants), and urbanization is creating conditions amenable to the wily plant, which thrives in semi-developed areas with more sunlight.

“Think of heat islands or cities as climate change in miniature,” Ziska says. “There are higher C02 concentrations, higher temperatures. There’s a fragmentation of ecosystems. All of those factors allow poison ivy to enter an environment that it may not have been in before.”

At the Philadelphia conference, attendees had a chance to see poison ivy’s monstrous proportions firsthand. Mycka led them to a public park near the center of the city, where a large vine had been growing up a tree. Its weight after removal: 506 pounds. And climate change is going to make it worse? I can already feel my skin burning.