Nelson Castro informed on his colleague, who was arrested on bribery charges, in order to avoid prosecution himself 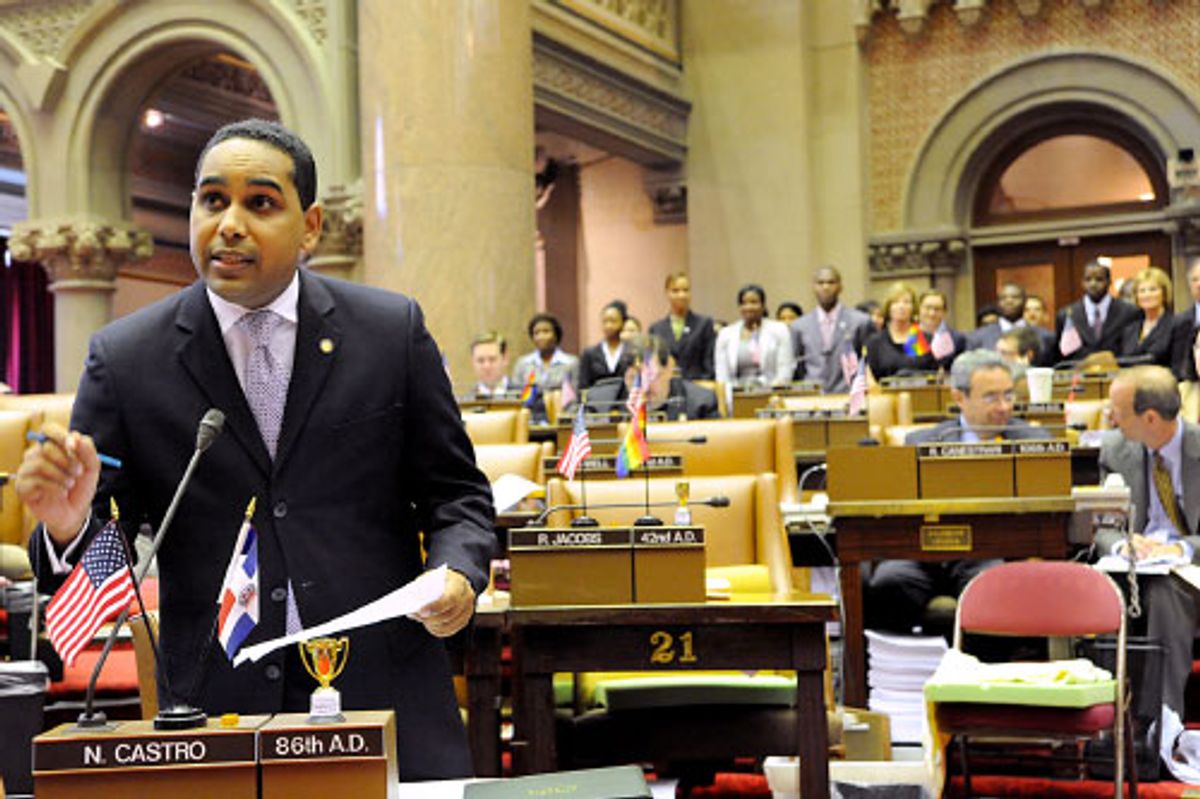 New York Assemblyman Nelson Castro resigned Thursday after helping federal officials indict one of his colleagues in the Assembly, Eric Stevenson, who was arrested earlier in the day on corruption charges.

Castro, a Democrat from the Bronx, announced that he will be stepping down from his seat after working as an informant for law enforcement since July, 2009. Stevenson was arrested and charged Thursday with allegedly taking bribes from local businessmen.

“On July 31, 2009, I was indicted by a Bronx County Grand Jury for committing perjury in a 2008 civil matter, held prior to my election to the Assembly," Castro said in a statement. "I appreciate the seriousness of my misconduct. Thereafter, I agreed to cooperate with …. various investigations aimed at rooting out public corruption.”

More from the statement:

Thereafter, I agreed to cooperate with the Bronx District Attorney’s Office and, later, the United States Attorney’s Office for the Southern District of New York, in conjunction with various investigations aimed at rooting out public corruption. As one result of this cooperation, among other things, this morning a complaint was unsealed in the U.S. District Court for the Southern District of New York charging Assemblyman Eric Stevenson and four others with various federal crimes. I continue to cooperate with State and Federal authorities in this prosecution and in other investigations.