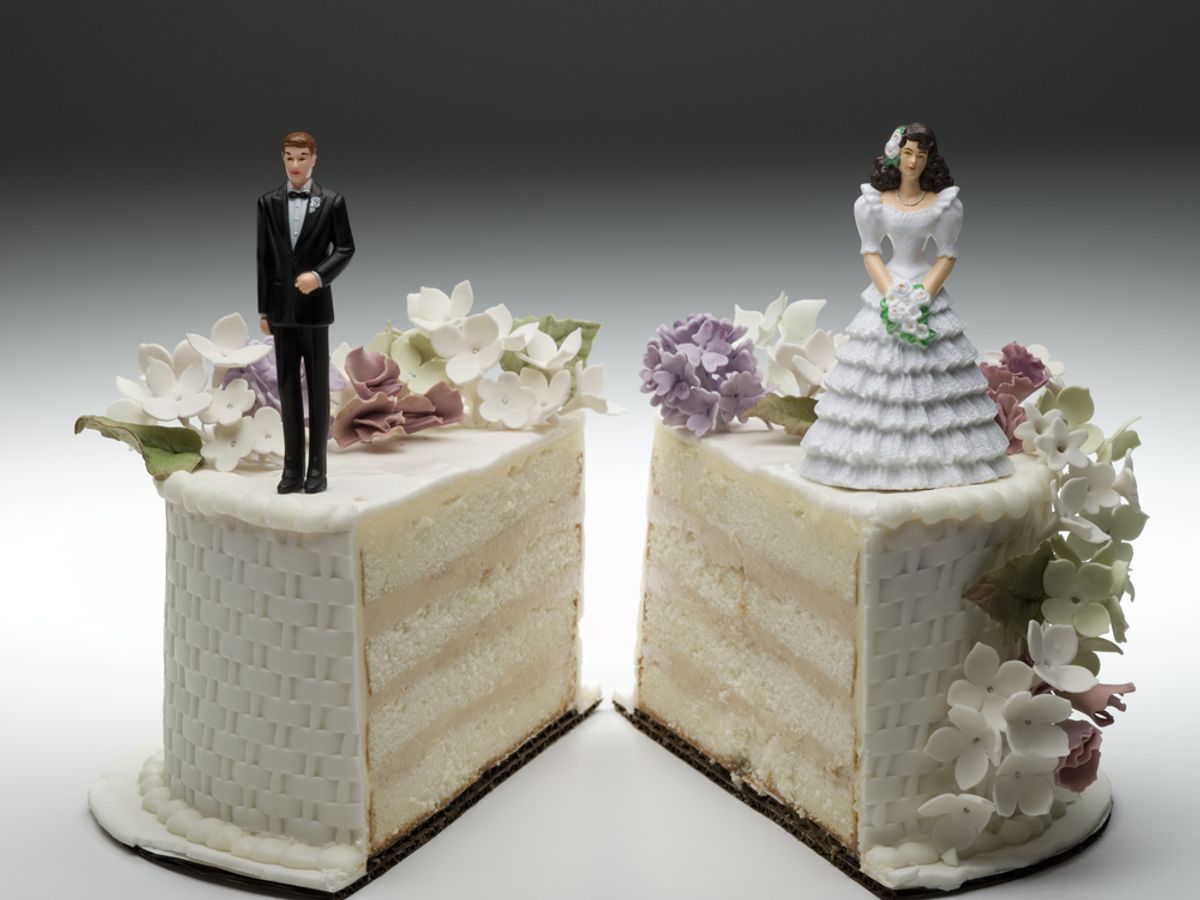 According to a report from the National Center for Health Statistics, unmarried couples who live together are staying together longer and having more babies than at any other time in the past. (Cue moral panic about: the Gays; the rise of feminism; the "wussification" of American men; other conservative garbage et cetera ad nauseam.)

As reported by USA Today, for almost half of the nearly 13,000 women researchers interviewed, their "first union" was living with an unmarried partner -- not marriage. The survey also found that marriage was the "first union" for less than 25 percent of women, down from 39 percent in 1995.

Researchers are attributing the shift to, among other factors, class, education and an evolving view of marriage:

The new data show 70% of women without a high school diploma cohabited as a first union, compared with 47% of those with a bachelor's degree or higher. Among women ages 22-44 with higher education, their cohabitations were more likely to transition to marriage by within years (53%), compared with 30% for those who didn't graduate high school.

"What we're seeing here is the emergence of children within cohabiting unions among the working class and the poor," [sociologist Andrew Cherlin of Johns Hopkins University in Baltimore] says. "They have high standards for marriage and they don't think they can meet them for now, but increasingly, it's not stopping them from having a child. Having children within cohabiting unions is much more common among everybody but the college

The study also found that cohabitation is often a first step toward marriage for many couples, so don't publish your think piece on the "death" of the institution just yet. (But the report also found that a growing number of adults are entering long-term cohabiting relationships as an alternative to marriage, so maybe save a copy on your external hard drive.)

"It seems like cohabiting unions are playing different roles for different people," she says.