Reagan daughter: My dad would have backed gay marriage

Patti Davis cites gay friends and small government bonafides to back her theory. Phyllis Schlafly is not impressed 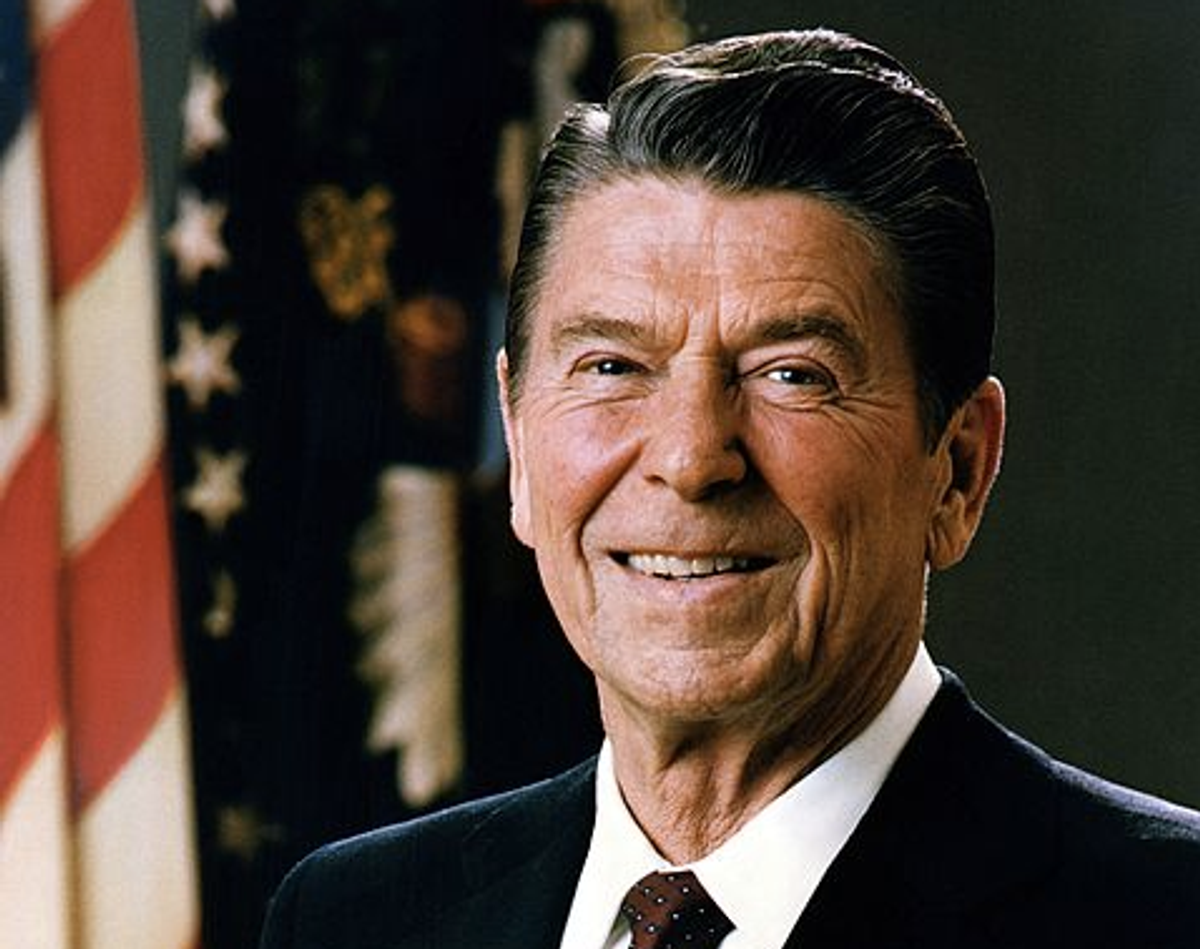 For the party faithful, Ronald Reagan is the gold standard in Republican agenda setting. And with "What Would Reagan Do?" serving as a GOP mantra (however superficially) during primary campaigns and on matters of governance large and small, a posthumous marriage equality endorsement from the Gipper could be big news for a party trying to find its footing on the issue.

Well, Reagan's daughter Patti Davis has a theory about where her dad would have stood on gay rights and same-sex marriage.

In an interview with the New York Times on Thursday, Davis pointed to her father's belief in limited government, his Hollywood history and a lesbian couple -- Davis' "aunt and aunt" -- who were close family friends as reasons Reagan would have backed marriage equality: "I grew up in this era where your parents’ friends were all called aunt and uncle. And then I had an aunt and an aunt. We saw them on holidays and other times. We never talked about it, but I just understood that they were a couple."

Davis also recalled watching a Rock Hudson movie with her father and commenting that Hudson “looked weird” while kissing the female lead. She told the Times that her father, without using the word "gay," explained that Hudson “would rather be kissing a man,” and subtly conveyed, Davis said, that “some men are born wanting to love another man.”

Another, less personal reason Davis suspects she's right about her dad's take on gay marriage was his willingness to break with the Republican Party on other issues. As governor of California, Reagan joined several Democrats to oppose a ballot measure that would have barred gays and lesbians from working in public schools.

But, as the Times notes, it's very unlikely another Reagan child shares his sister's view: "Michael E. Reagan, a conservative commentator and son of the former president and his first wife, Jane Wyman, recently wrote an opinion piece accusing churches of 'wimping out' by not fighting harder to block same-sex marriage."

One need not be of Reagan lineage to get in on the speculation game, either. Phyllis Schafly, conservative activist and Eagle Forum founder, thinks Davis' theory is hooey:

Phyllis Schlafly, a conservative activist and gay rights opponent, said in an interview that Mr. Reagan — who as governor signed the nation’s first “no-fault” divorce law and later told his son Michael it was his “greatest regret” — would never have stood for same-sex marriage.

“Of course, Reagan did associate with all the Hollywood crowd, and chances are he probably knew a number of gays,” Ms. Schlafly said. “I could understand that he might not have wanted to bar them from a job but that would not mean he would want them to get a marriage license.”