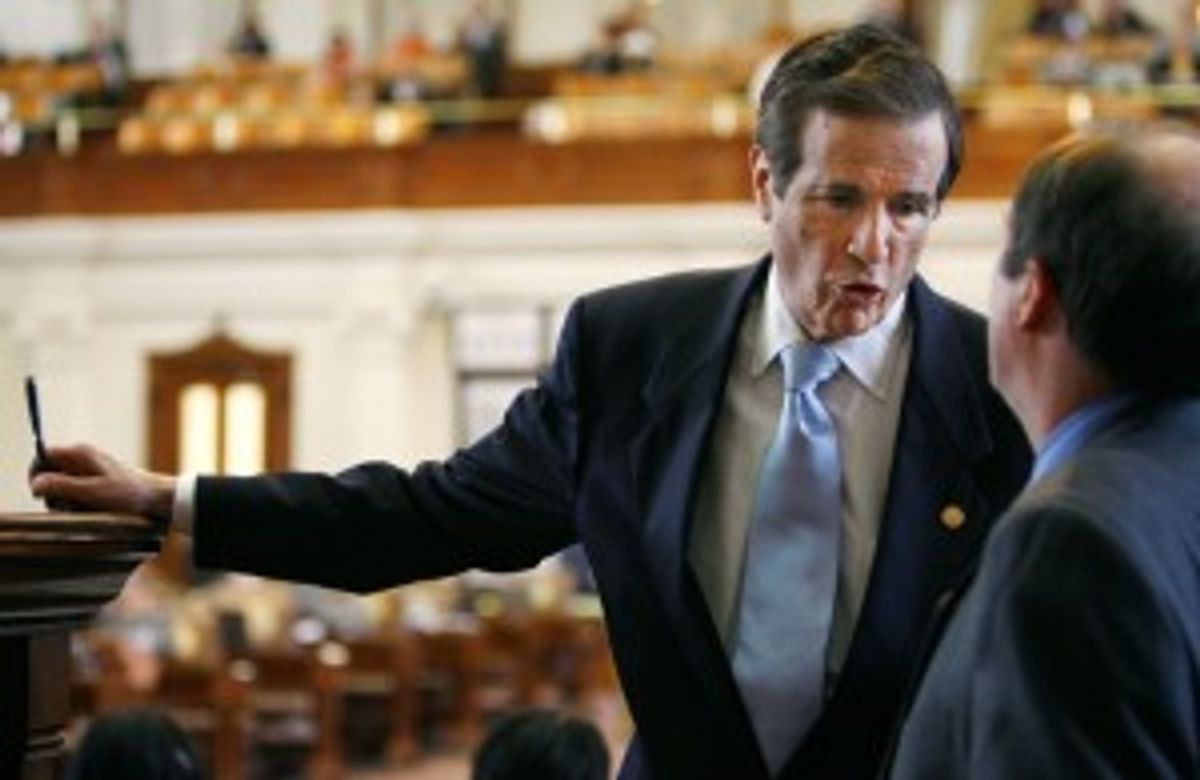 Texas A&M University's Student Senate approved a measure to allow students to deny funding to campus LGBT groups if they have religious objections. Meanwhile, the Texas House of Representatives is currently considering a proposal to defund all LGBT campus resource centers.

The hearing and subsequent vote on the measure at A&M was an emotionally charged event, as reported by the Dallas Voice:

Less than 24 hours before the vote, the name of the bill was changed from the “GLBT Funding Opt Out Bill” to the “The Religious Funding Exemption Bill,” and specific references to the GLBT Resource Center were removed. However, opponents of the bill who packed a Student Senate meeting before the vote Wednesday said the name change did not alter the bill’s discriminatory, anti-gay intent.

With the crowd spilling into the hallways, an overflow viewing room was set up, and the Senate meeting had to be stopped several times so administrators could clear fire exits, according to a report in The Eagle of Bryan-College Station. Emotions ran high, with senators cursing and the woman assigned to tally their votes bursting into tears.

A spokesman for Texas A&M said the administration is not obligated to enforce the nonbinding resolution, but has made no official comment on the fate of the anti-gay policy, according to the San Antonio Express.

But the discriminatory policy may become state law if a similar measure passes the state legislature. A state budget amendment currently being considered in the Texas House of Representatives would defund LGBT resource centers on university campuses across the state. The amendment's sponsor, Republican State Rep. Bill Zedler, defended his proposal, arguing that LGBT campus centers encourage “high risk behavior for AIDS, HIV, Hepatitis B, and any sexually transmitted disease.”

A vote on the budget amendment is expected as early as Thursday.