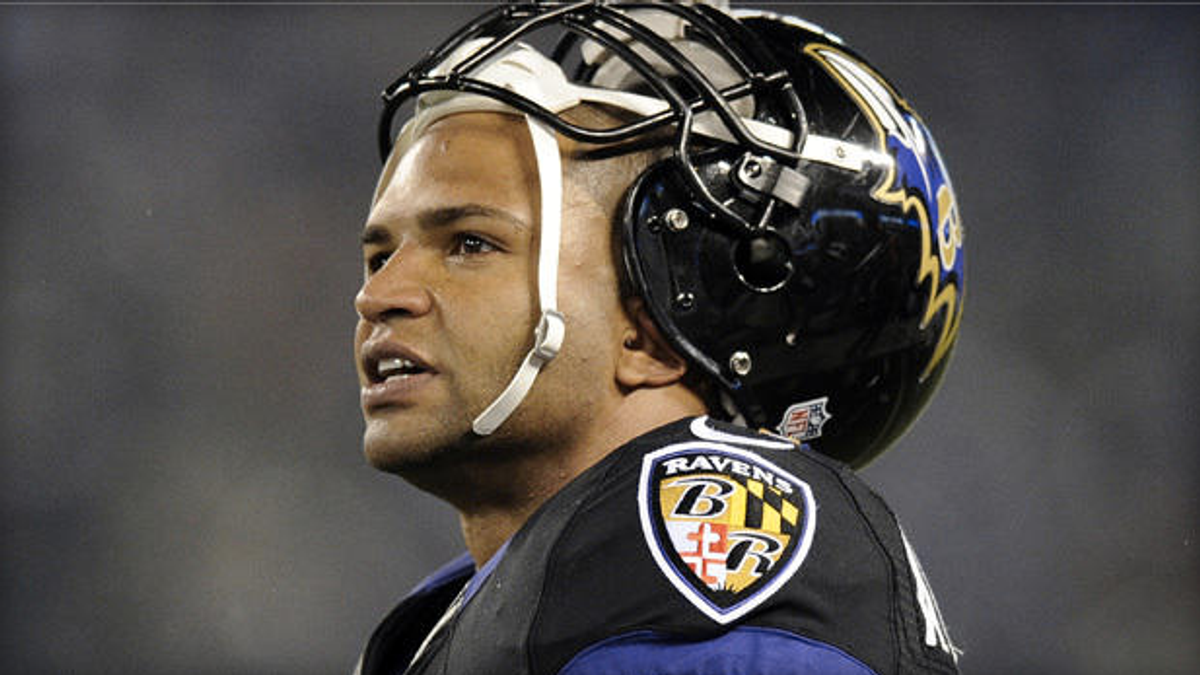 Former Baltimore Ravens linebacker and outspoken gay rights and marriage equality advocate Brendon Ayanbadejo announced on Thursday that he is "in talks with a handful of players" who are considering coming out together.

In an interview with the Baltimore Sun, the former Ravens linebacker said that the NFL may see its first openly gay player "sooner than you think," adding: "There are up to four players being talked to right now and they're trying to be organized so they can come out on the same day together. It would make a major splash and take the pressure off one guy. It would be a monumental day if a handful or a few guys come out."

Being the first male professional athletes to come out would be a historic distinction, but the decision has not come easy to the men he is in talks with, Ayanbadejo said:

Of course, there would be backlash. If they could share the backlash, it would be more positive. It's cool. It's exciting. We're in talks with a few guys who are considering it. The NFL and organizations are already being proactive and open if a player does it and if something negative happens. We'll see what happens.

Ayanbadejo told the Sun that, though nothing has been officially scheduled, he may also be asked to provide incoming players at the annual NFL rookie symposium with sensitivity training about gay rights and advice on creating a safe, inclusive locker room environment.

Like other advocates, the special-teams ace sees the NFL as a unique platform to promote inclusivity and equal rights, and believes having openly gay players in the league would be a big win for gay rights. "The Ravens have a ton of gay and lesbian fans nationwide and in the city of Baltimore," Ayanbadejo said. "I get a ton of supportive emails and letters. It's pretty cool. We have blue-collar fans, a diverse set of blue-collar fans, a diaspora of great people."

Addressing his departure from the Ravens, Ayanbadejo walked back earlier statements suggesting his cut was related to his outspoken support for gay rights, instead expressing gratitude for the experience and excitement about future opportunities:

Everyone says they're sorry to see me go, but it's like you graduated even though people see it as a sad thing. I see it as a great thing. When one door closes, another one opens. Sometimes people pigeonhole you and think football is all there is, but this is when life just starts. This is uncharted territory.