After criticizing Rutgers for firing Mike Rice, Hannity said: "My father hit me with a belt, I turned out okay" 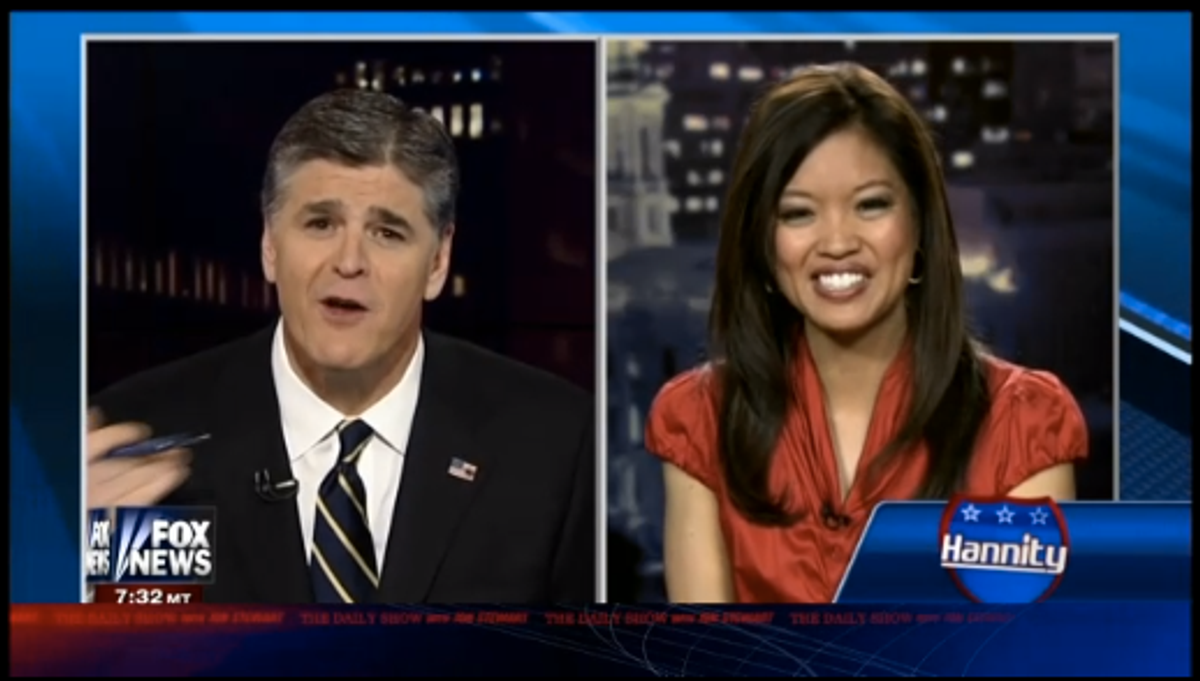 Fox News host Sean Hannity leapt to the defense of former Rutgers basketball coach Mike Rice on Thursday, defending Rice's abuse of players as just “trying to get the best out of them.”

"I’m watching this and I’m thinking, ‘I don’t like it’ -- he kicked one player there -- but on the other hand, I kind of like old-fashioned discipline," he said. I mean, have we become that politically incorrect? These are adults, they don’t want to play for that team, they can leave."

Hannity concluded: “My father hit me with a belt, I turned out OK.”

Jon Stewart's assessment? The Fox News host sounds like "a guy who was hit by a belt as a child."