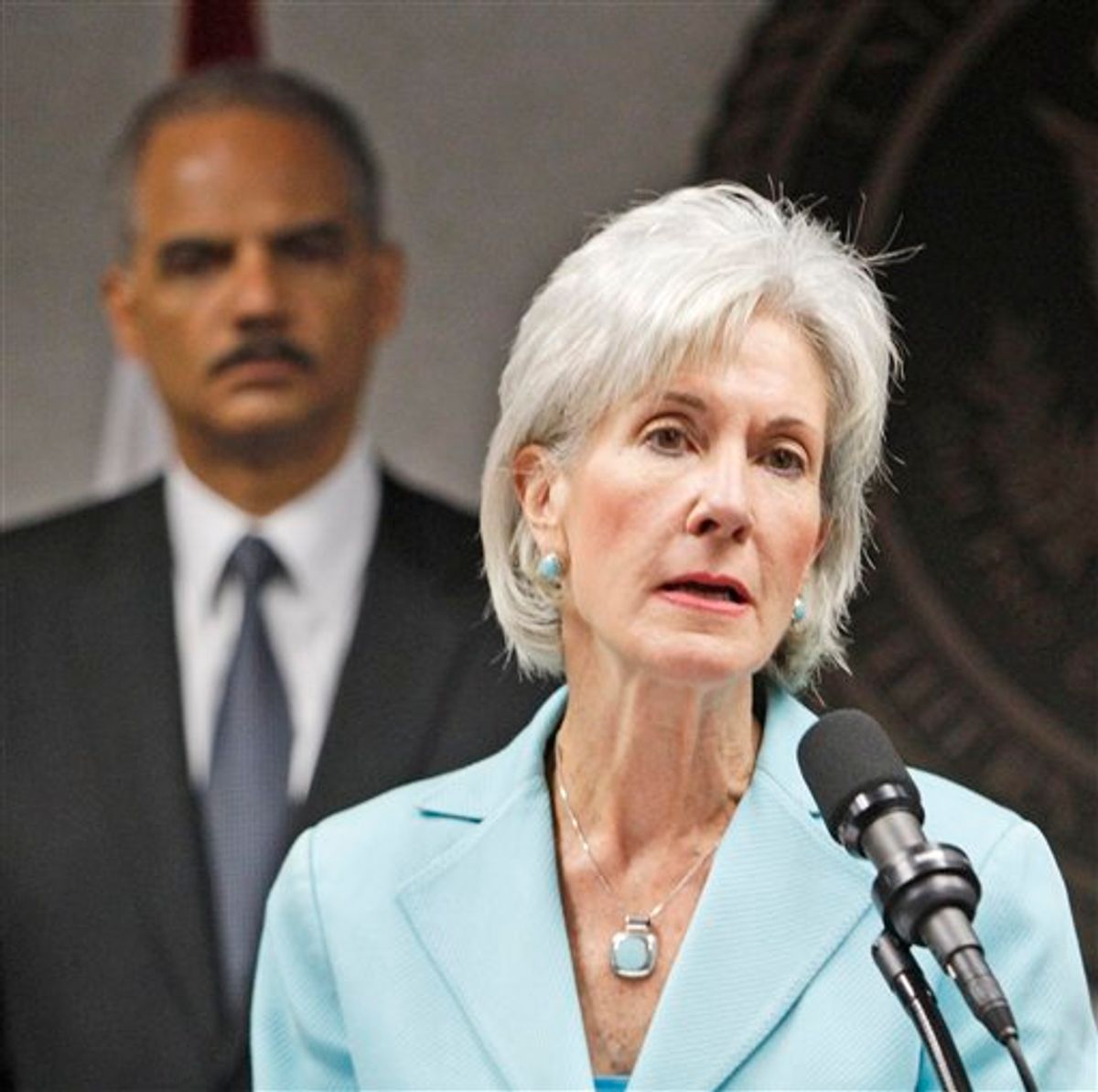 Today, a federal judge appointed by Ronald Reagan did for women's health what the Obama administration was too politically cowardly to do: Make safe, time-sensitive emergency contraception available to everyone, regardless of age. The shameful thing is that it had to come to this.

The administration, said 2nd Circuit District Judge Edward Korman, acted in "bad faith" -- a phrase that arises again and again in the stinging decision. And Secretary of Health and Human Services Kathleen Sebelius acted in a fashion that "was politically motivated, scientifically unjustified, and contrary to agency precedent."

Some context: Women under 17 have been required to obtain a prescription to get emergency contraception (the effectiveness of which diminishes with time), a jump through hoops that may prevent them from taking it at all -- despite the fact that there is no medical reason to deny them the same access as older women. In other words, it's about a short-sighted panic about teenage sex. These politicized rules began under George W. Bush's FDA, which is when the Center for Reproductive Rights initially filed suit, but Barack Obama promised science would prevail in his administration. In December 2011, however, Secretary of Health and Human Services Kathleen Sebelius overruled the recommendations of the FDA for trumped-up reasons that Korman ridicules, line by line. The only reason that made sense: Fear that, in the impending election, hay would be made out of what the right falsely calls "the morning after abortion pill" being given freely to young teens behind their parents' backs.

To add insult to injury, President Obama himself endorsed the decision by paternalistically announcing, “As the father of two daughters, I think it is important for us to make sure that we apply some common sense to various rules when it comes to over-the-counter medicine.” On this point, I'm going to cede to Salon's Rebecca Traister's brilliant piece at the time on the comments: "The notion that in aggressively conscribing women’s abilities to protect themselves against unplanned pregnancy Obama is just laying down some Olde Fashioned Dad Sense diminishes an issue of gender equality, sexual health and medical access. Recasting this debate as an episode of 'Father Knows Best' reaffirms hoary attitudes about young women and sex that had their repressive heyday in the era whence that program sprang."

By contrast, Korman's decision is a meticulous work of evidence, citing medical journals, sociological research, prior regulatory procedure. It all adds up to the fact that emergency contraception is safe, "among the safest drugs sold over-the-counter," and that there is no public health reason to deny it to younger women. He notes that these contraceptives “have not been shown to cause a postfertilization event—a change in the uterus that could interfere with implantation of a fertilized egg,” despite right-wing propaganda. He explicitly calls out Obama's comments that Sebelius "could not be confident that a 10- or an 11-year-old going to a drugstore should be able — alongside bubble gum or batteries," saying, "The invocation of the adverse effect of Plan B on 11-year-olds is an excuse to deprive the overwhelming majority of women of their right to obtain contraceptives without unjustified and burdensome restrictions." He also cites several studies indicating that popular misconceptions about Plan B have already prevented women who are actually eligible to buy it over the counter from accessing it. Crucially, he includes evidence that ID requirements disadvantage the young and lower-income.

The decision is effective in 30 days, because "the plaintiffs should not be forced to endure, nor should the agency’s misconduct be rewarded by, an exercise that permits the FDA to engage in further delay and obstruction." The administration hasn't said whether it will appeal, though it would be foolhardy to do so and draw attention, again, to its indefensible actions in the first place. It will be up to individual drugstores and pharmacies to decide how and where they stock the drug, and questions remain about the extremely expensive drug's affordability. (Ella, a different compound, will still be prescription-only and covered fully under Obamacare.) But for now, a Republican-appointed judge has given us plenty to celebrate.