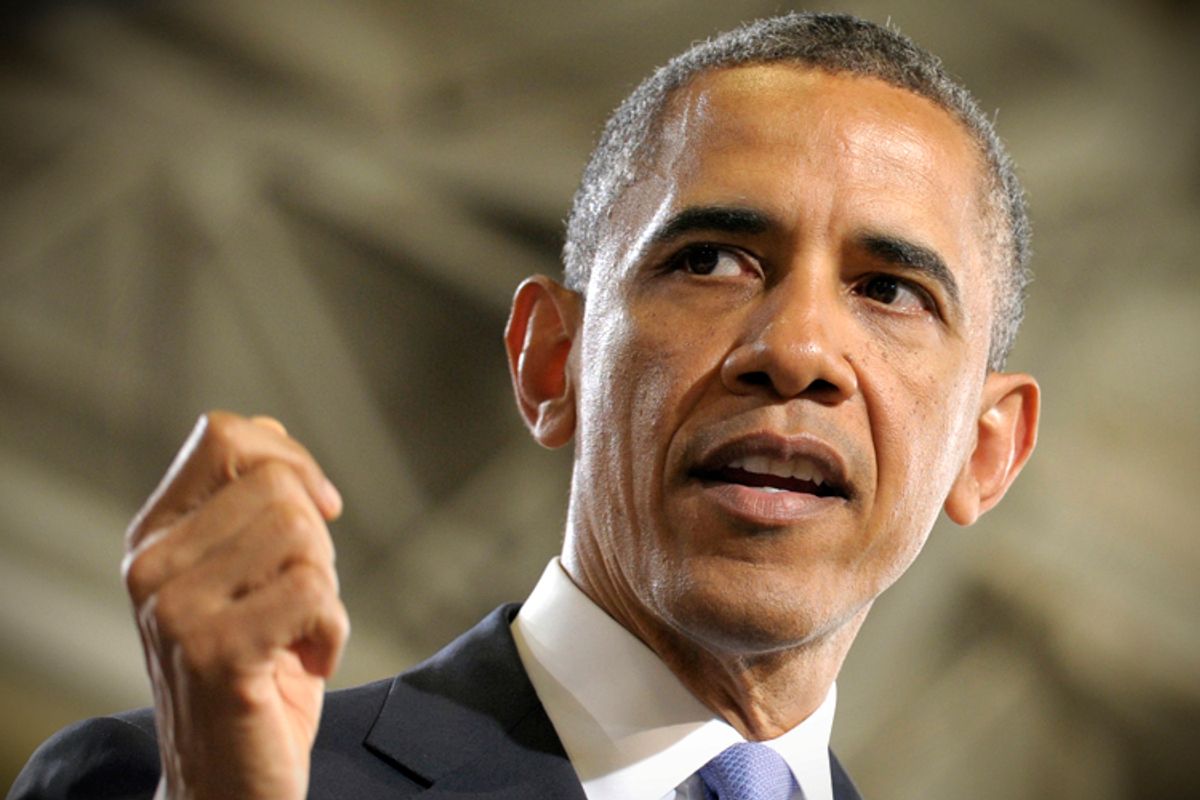 On the news that President Obama’s budget indeed contains a highly unpopular proposal for Social Security cuts known as “chained CPI,” a new poll by the American Association of Retired Persons shows us exactly how unpopular it is.

The AARP reveals that 70 percent of voters age 50-plus oppose the use of the chained CPI to cut benefits, and two-thirds of them – including 60 percent of Republicans -- say they would be “considerably less likely” to support a congressional candidate if he or she backed a new way of calculating consumer prices. And 84 percent of voters over 50 say Social Security has no place in budget-deficit discussions, since it is self-financed.

On every single question, Republicans lag only a point or two behind Democrats in their opposition to Social Security cuts.

Michael Lind explains why it’s such a bad deal on policy terms here. I’ve written about it many times, including here. The AARP opposes it on policy terms. Now its new survey shows how risky it is politically.

“The chained CPI reduction snowballs over time and would increase taxes for most taxpayers -- at the same time that it cuts benefits for children, veterans, widows, retirees, and people with disabilities,” said AARP executive vice president Nancy LeaMond in a statement. “As this survey shows, older Americans oppose the chained CPI and they’ve historically made their opinions known to their elected officials.”

Little attention has focused on the way the chained CPI would also cut benefits for disabled veterans, as well as widows and children who’ve lost a parent. Using chained CPI to calculate veterans’ benefits is even less popular than using it to calculate seniors’ checks: Almost 80 percent of those surveyed opposed it.

Though Democrats were buoyed by the higher turnout of young and non-white voters in 2012, the senior vote particularly matters in midterm elections. In 2010 they made up 23 percent of the vote, up from 16 percent two years earlier, while 18-29-year-old participation dropped from 18 to 11 percent in those same two years. Seniors helped trigger the GOP-Tea Party landslide that year, and it will take Democrats years to shovel out of it.

Obama’s budget won’t help. Already House Majority Leader John Boehner has rejected it, and it’s possible all the president has done is attach his name to a hugely unpopular proposal. Let’s recall that Republicans have been hoping he would do that for ages. As Ron Fournier wrote last month, in a piece suggesting Republicans might consider tax hikes if Obama agreed to “entitlement cuts”:

And without a bipartisan budget deal that backs these cuts, it’s possible Republicans just got an even bigger gift: that chained CPI becomes an idea associated with Democrats alone. That ought to play well in 2014. Of course, the Senate unanimously approved Sen. Bernie Sanders’ resolution opposing a switch to the chained CPI by voice vote, showing no senator in either party wants his or her name on the proposal. For now, publicly at least, Obama stands alone.

The AARP partnered with Woelfel Research, an independent research firm, which conducted 801 interviews of registered voters age 50+ on March 19 and March 20.  The margin of sampling error is +/- 3.5%.