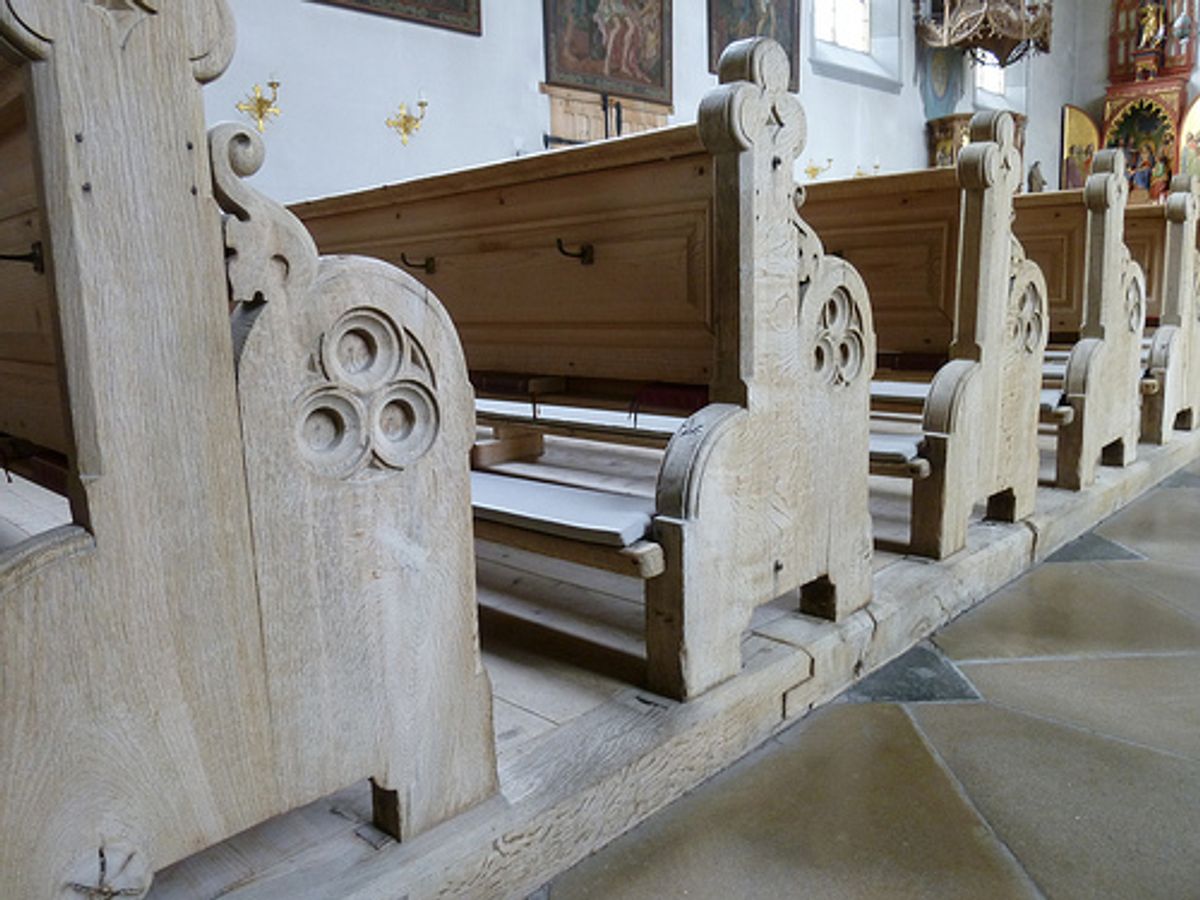 A 47-year-old retired construction worker and openly gay parishioner at St. Anthony's Roman Catholic Church, in Oceanside, N.Y., has been suspended from participating in church-affiliated volunteer work because of his sexuality.

Nicholas Coppola has been teaching religious education classes and visiting with home-bound members of his church for close to a decade, but was banned from continuing to serve his church community after St. Anthony's received an anonymous letter complaining about his sexuality.

On Martin Luther King Jr. Day, Coppola said he attended a mass at St. Anthony's celebrating justice and equality. After the homily, he was summoned into the office of his pastor, Father Nicholas Lombardi, where he was told an anonymous letter complaining about his sexuality had been sent to Bishop William Murphy of the Rockville Centre Diocese, which includes St. Anthony's Parish. Lombardi said Coppola would be banned from his parish duties as a result of the letter.

Coppola appealed the decision to his pastor and bishop, but was told by both men that their "hands were tied."

In an interview with the Huffington Post, Coppola said that while he is devastated by the position his parish has taken, he is more concerned about the message it sends to other gay and lesbian members of his church community, particularly young people: "Being gay is difficult enough, thank God that it's getting better," he said. "But my concern is ... for younger people who might be put in the same position."

Now, what was that again about pushing the Catholic Church to be more welcoming to gay members, Timothy Dolan?

The contradiction in the New York archbishop's public position on gay Catholics and his parish's decision to ban him from actively serving his church isn't lost on Coppola, either:

That's what I believe as Catholics we are called to do: be an active part of the Church. It's important for us to go forth and set the world on fire, to be there for the marginalized, to correct injustices. By allowing me to be a parishioner, but denying me the blessing, or the right, to show my faith and act on my faith -- this is very hurtful.