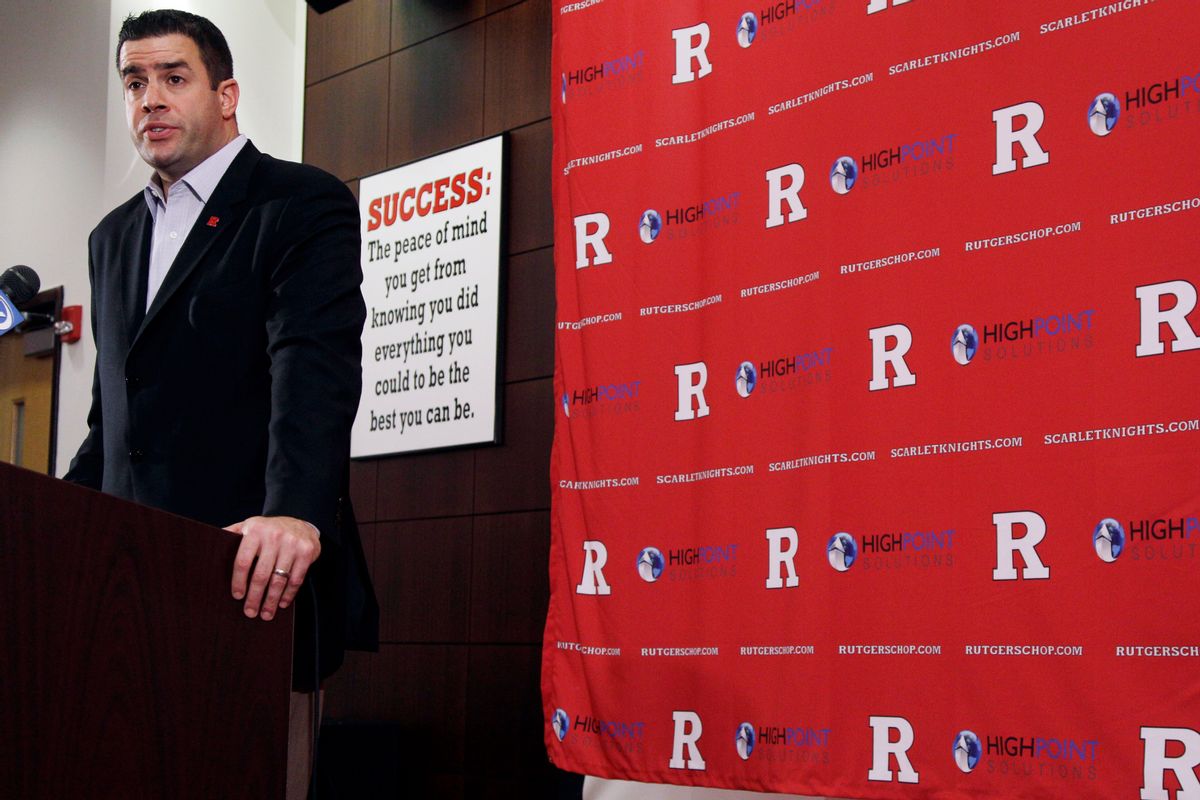 NEW BRUNSWICK, N.J. -- A person familiar with the decision says Tim Pernetti is out as Rutgers athletic director.

The person spoke on condition of anonymity because an official announcement has not been made yet. The school will hold a press conference on campus at 1 p.m.

Pernetti dismissed basketball coach Mike Rice Wednesday after a videotape aired showing him shoving, grabbing and throwing balls at players in practice and using gay slurs. The scandal has now cost Pernetti his job some five months after he didn't fire Rice when the video first became available.

Instead, with the approval of university president Robert Barchi, Pernetti, after being given the video in late November by a former employee, suspended Rice for three games, fined him $75,000 and ordered him to attend anger management classes. But the video was broadcast Tuesday on ESPN, and prompted scores of sharp criticism nationwide.