Although less than 1 percent of English words start with J, the consonant has some steamy connotations 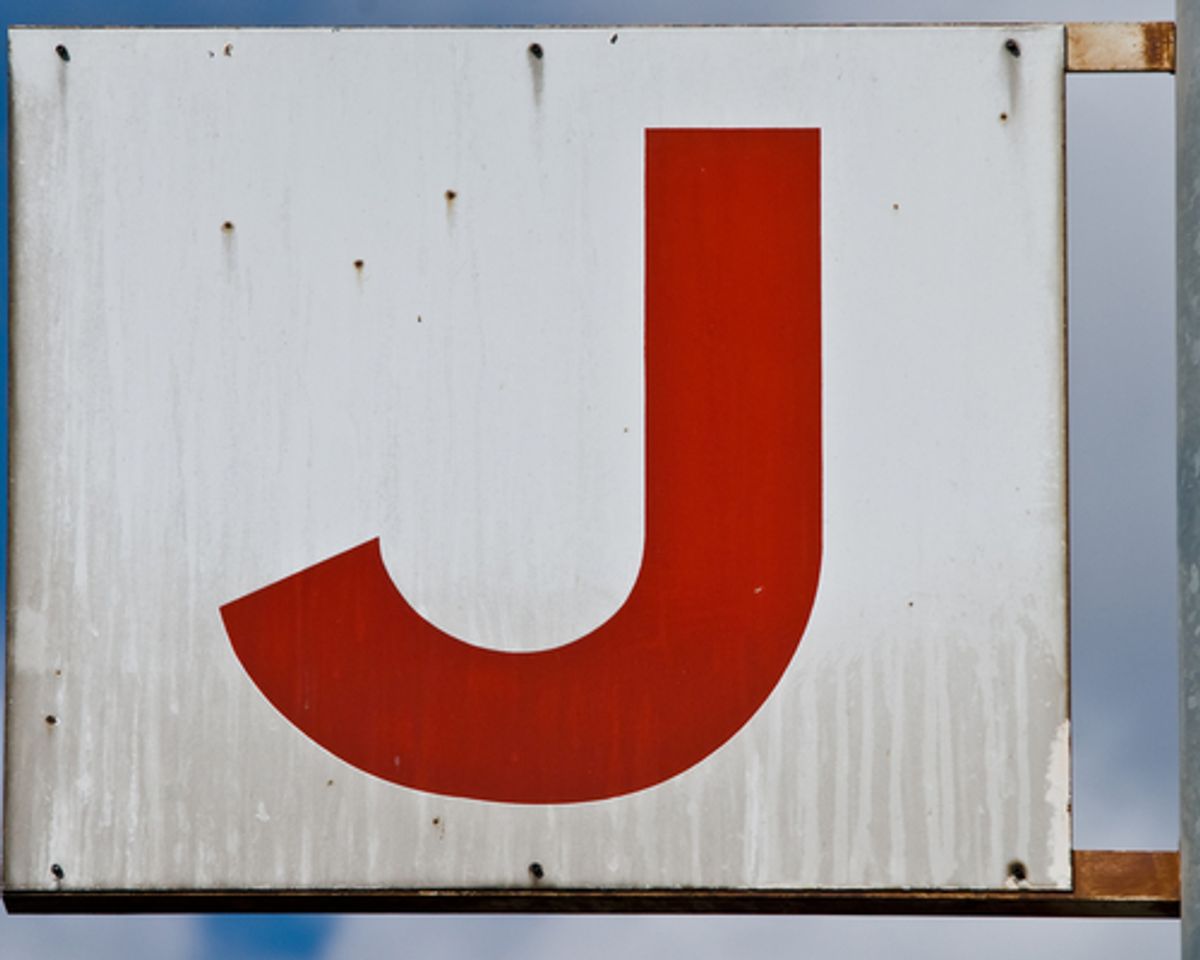 This piece originally appeared on The Week.

Less than 1 percent of English words start with J, a minor letter with an odd shape and few other distinctions. Except when it comes to sex. Then J is jumping, one might even say jolly and juicy.

Well, jumping Little Judy, she was a mighty fine girl.
Judy brought jumping to this whole round world

Dylan Thomas liked to get juiced and tell the prettiest girl at the party, "I want to jump your bones."

J has some weird sexual je-ne-sais-quoi mojo, some humor (jests, jibes, jokes, jocularity), some sweetness (jams and jellies, Jujubes and Jujifruit) and some heat (joules).

I didn't know what I was doin'
I had to marry all day screwing ...
One mint julep was the cause of it all.

Jugs jiggle; and a johnson is a big one. A hooker's customer is a John. Jack basically means male. The female of some species is called a jenny (e.g., jenny wren). And sexy young girls are jailbait.

The First Lady of the jungle was "You, Jane." Mary doesn't work, does it? While we're in the jungle, a famous lesbian novel was called "Rubyfruit Jungle."

Yes, that's what it means, as does jelly roll. An old blues song pulsed:

Jelly roll, jelly roll, sittin' on a fence
If you doan get some you ain't got no sense
Just wild bout my jelly
My sweet jelly roll.

Hello Josephine, how do you do?
Do you remember me baby?
Like I remember you
You used to laugh at me and holler, woo woo woo

Just about the only color name with J is Jade, a green stone, a girl's name, and a word with hot subtext. The Urban Dictionary says, "Jade is someone who overreacts about a sexually orientated situation. For example, 'Oh my god, my nipples are erected!' 'You're such a Jade!'" Too much of that makes you jaded.

Jockey is all about riding, sometimes riding people. Jubilees are occasions for jubilation. Jamborees are good parties, people jitterbugging, sexy music on the jukebox. Juke originally meant "bawdy" or "wicked."

Jazz was sexual slang before it was music. "Jas" was a Creole brothel where jezebels worked. Music for the clients became known as "Jas music," sometimes "Jass music." When the word "Jass" was printed on posters, the letter "J" was sometimes crossed out for a joke. Promoters knew "ass music" was offensive, so the spelling moved from "Jass" to "Jazz," hence "Jazz music."