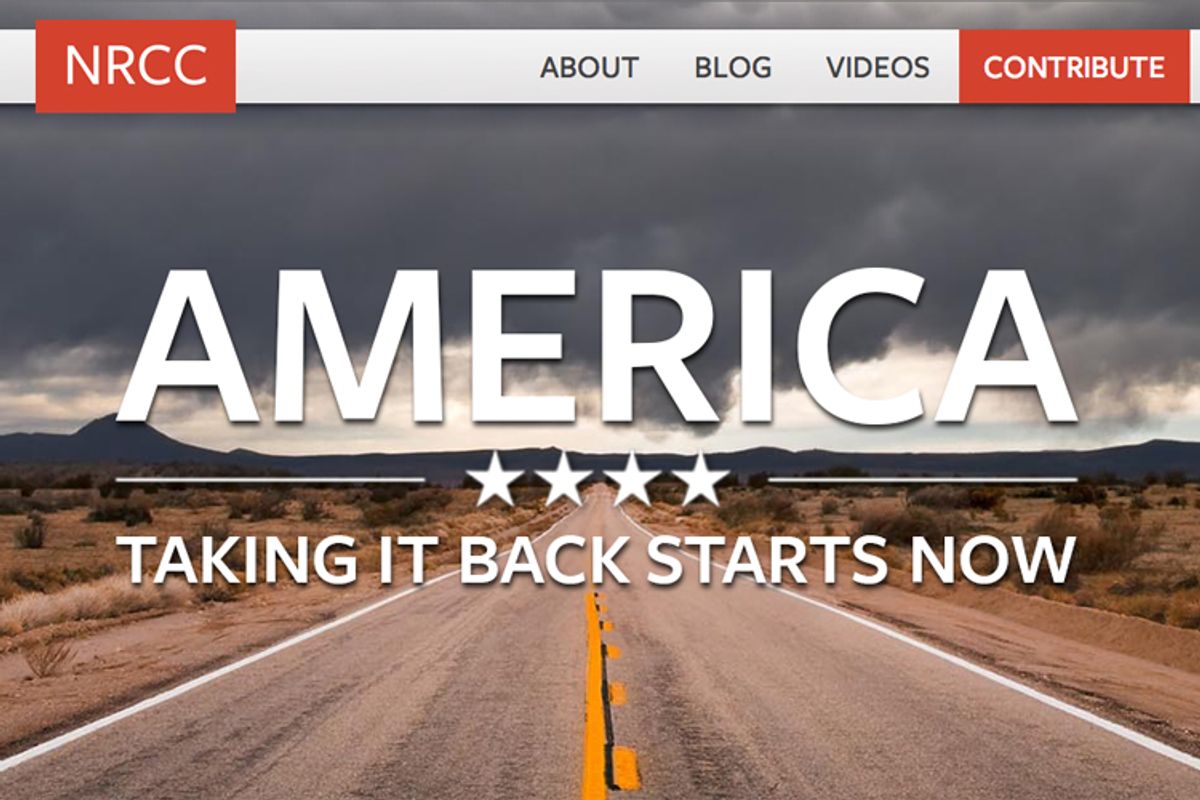 The new website for the National Republican Congressional Committee, the campaign arm of House Republicans, has earned a lot of attention in the past week for its bold new attempt to win the Internet and elections by imitating BuzzFeed. On the website today, you can find items like "13 Animals That Are Really Bummed on ObamaCare’s Third Birthday" or a video of President Obama whiffing 20 free throws. There's more substantive fare too, like a polling memo on the Keystone XL pipeline.

One thing you won't find on the front page, however, is the word "Republican," except for at the very bottom in a disclaimer box that reads, "Paid for by the National Republican Congressional Committee."

In contrast to the DCCC, their counterparts across the aisle, which blasts "DEMOCRATS 2014" in a giant banner across the top of their website, the NRCC page displays only the committee's acronym. Likewise, the Democratic Senatorial Campaign Committee advertises itself as "Committed to Keeping a Democratic Majority in the Senate" in a big badge at the top. But if you aren't familiar with Beltway jargon and the "NRCC," you might not realize whose website you're visiting.

One possible reason for the omission: The Republican brand has seen better days. The latest CNN Poll found that 54 percent of Americans have an unfavorable view of the GOP, while fewer than three in 10 say they have a positive view of the Republican Party. Just over two-thirds of respondents say the party favors the rich and nearly half think the GOP's policies are too extreme.

To be fair, the NRCC website touts Republicans plenty on the "about" page, but it's interesting this flashy, youth-focused Republican rebranding effort doesn't seem to highlight the fact that they are Republicans.

At least they're copying BuzzFeed and not Democrats in their website, though.

UPDATE: A reader notes that if you click on the NRCC button on the top left, it takes you to another page (www.nrcc.org/home), which spells out the full name of the National Republican Campaign Committee across the top.