After ignoring player abuse, Tim Pernetti will get $1.2 million, an iPad and a Rutgers-funded car allowance 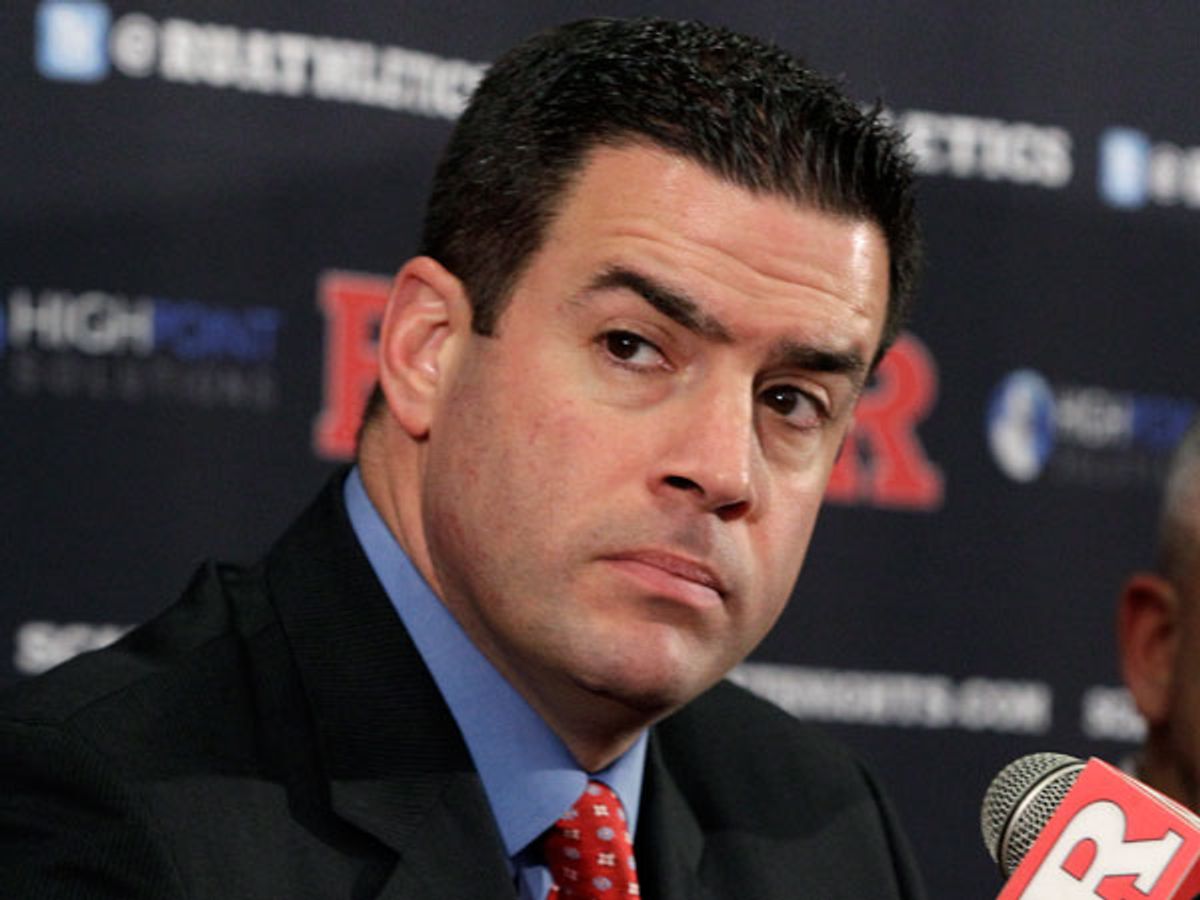 It was only after the video became public that Pernetti made the decision to fire Rice. Outrage ensued over the shameful lack of accountability from the administration and athletic department, leading Pernetti to resign last week -- with a very, very cushy settlement package.

Former Rutgers Athletic Director Tim Pernetti is getting $1.2 million in salary, plus an iPad, car allowance and more than two years of health insurance coverage under a settlement agreement...

He also gets his $12,000 per year car allowance through June 2014 and health insurance and pension payments through October 2015.

Pernetti also gets to keep his Rutgers-issued iPad and laptop computer.