`Target the underemployed, not just the unemployed

To reinvigorate the labor market, we have to help underutilized and part-time workers as well as those without jobs 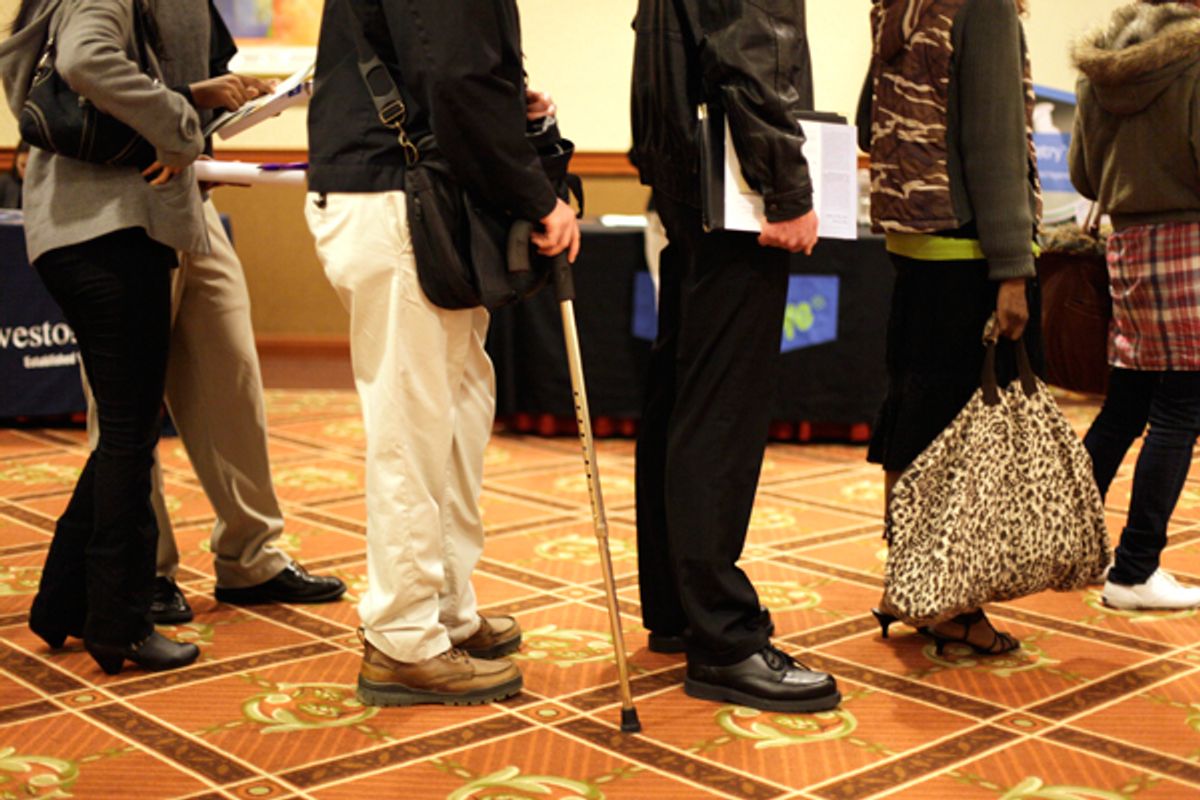 If we wanted to target the persistent slack in the labor market, though I can’t see any signs that we do, we shouldn’t just target the unemployment rate; we should also go after the underemployment rate.  Since it captures the important dimension of not just do you have a job, but are you getting the hours of work you want, it’s a more comprehensive measure of the extent to which workers are underutilized – i.e., slack – in the labor market.

The difference is pretty well known by now: the underemployment rate includes various groups of underutilized workers or job seekers who are left out of the official rate.  The largest difference is the inclusion of part-time workers who would rather have full-time jobs.  Most recently, there were about 8 million such folks, elevating this measure of underutilization to around 14 percent compared to about 8 percent for unemployment (2013Q1).  Other components of this rate include discouraged workers who’ve recently looked for work but given up, and some other smaller groups that are neither working nor looking for work but remain marginally attached to the job market. As the figure shows, underemployment went up more in percentage point terms over the recent downturn, and has come down a bit faster.  But the question I’m asking here is which measure better represents labor market slack, and a little test for that is which one correlates more with real wage movements?

You can’t easily do that with the annual national data because the underemployment rate is only available since 1994 so you don’t have a lot of observations, and because it correlates highly with unemployment, so at too aggregate a level it doesn’t add much explanatory power.  But luckily, based on some preliminary work I’m doing with some colleagues to update this book, we’ve got a data set tracking state wage and job market data over time.

In that context, when you let un- and underemployment fight it out by putting both in a regression to predict 20thpercentile real hourly wages, underemployment wins by a TKO: the unemployment variable has the “wrong” sign and is statistically insignificant.  If you run them separately (see table), underemployment has a larger, more significant coefficient and explains more of the variance. Where does this lead you in terms of thinking about policy?  It’s obvious, but people don’t just need jobs — they need hours.  Sure, not everyone — it’s important to have ample part-time opportunities for those who want them (and work-sharing, which reduces workers’ hours, is a very good idea in the heat of recession).  But while unemployment is a bigger problem — paycheck>no paycheck — underemployment is also a big deal.

The number of involuntary part-timers has been drifting down and is 1.2 million, or 13 percent below its peak at the end of 2009, as employers tend to extend hours before hiring new workers (for this reason, btw, underemployment is a leading indicator of unemployment).  But the pace of further progress is going to be a function of aggregate demand, and that’s been a shaky proposition of late.