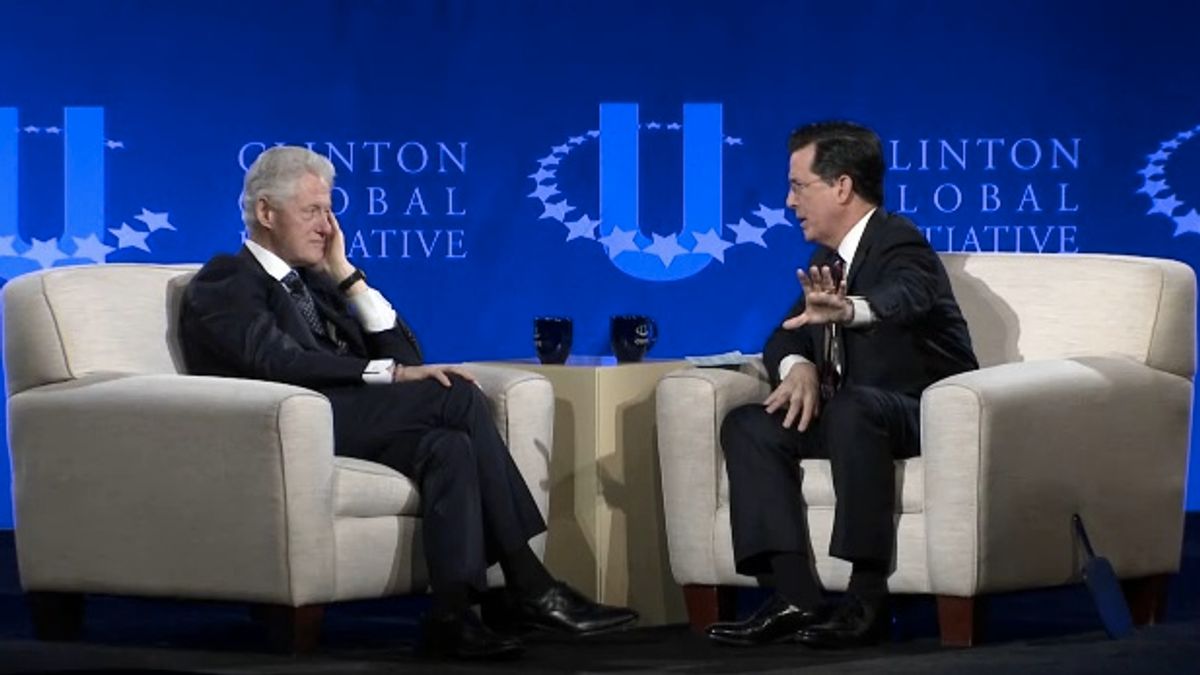 Monday's episode of "The Colbert Report" was devoted to an interview with Bill Clinton at Clinton Global Initiative University, where Stephen Colbert took the opportunity to ask the former president why he's not on Twitter.

"I think I'm so insecure - what if you tweet and nobody tweets back? There is nothing worse than a friendless tweeter," Clinton said.