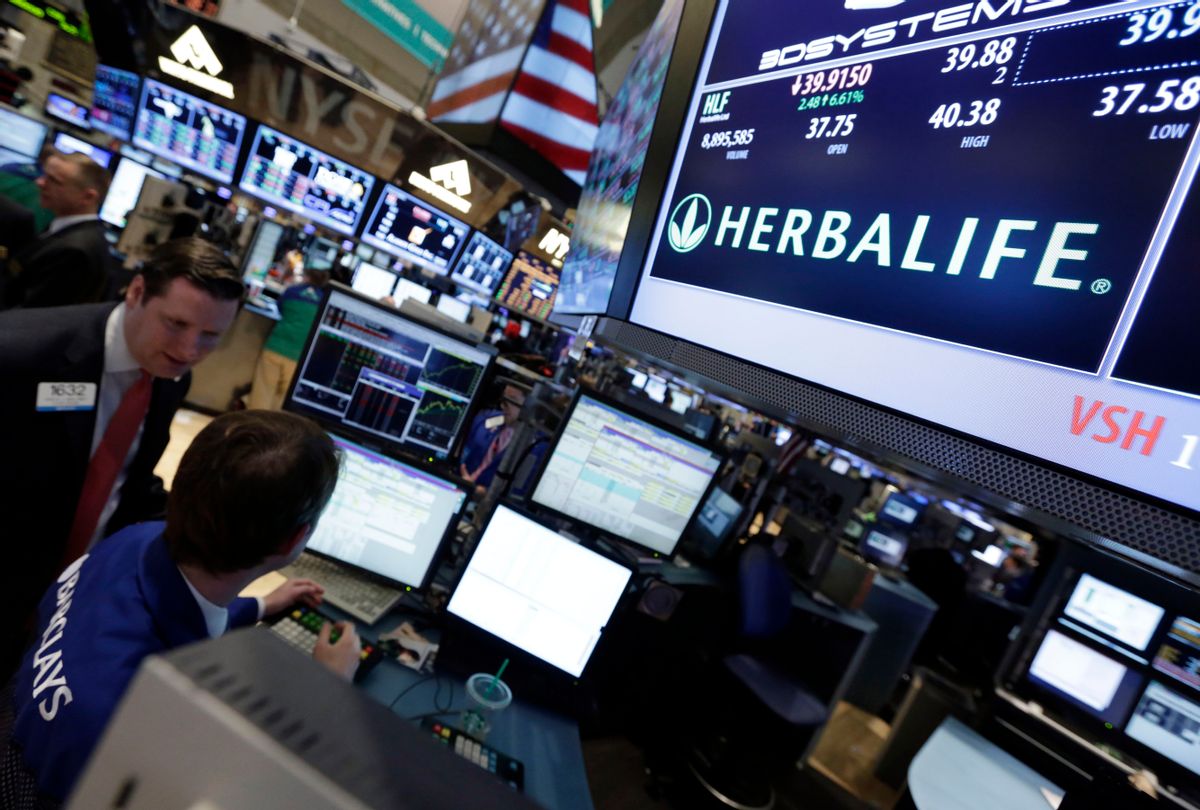 Herbalife's stock was down 21 cents at $38.18 Tuesday. The broader market was mixed.

Accounting firm KPMG told Herbalife that it had to resign as auditor because it learned that a KPMG partner may have used inside information to trade Herbalife stock.

The development comes at an awkward time for Herbalife. Hedge fund mogul Bill Ackman has publicly accused of it distorting its financial information. Herbalife has shot back, saying Ackman just wants to push the stock down for his own profit. Ackman has bet the stock would fall.