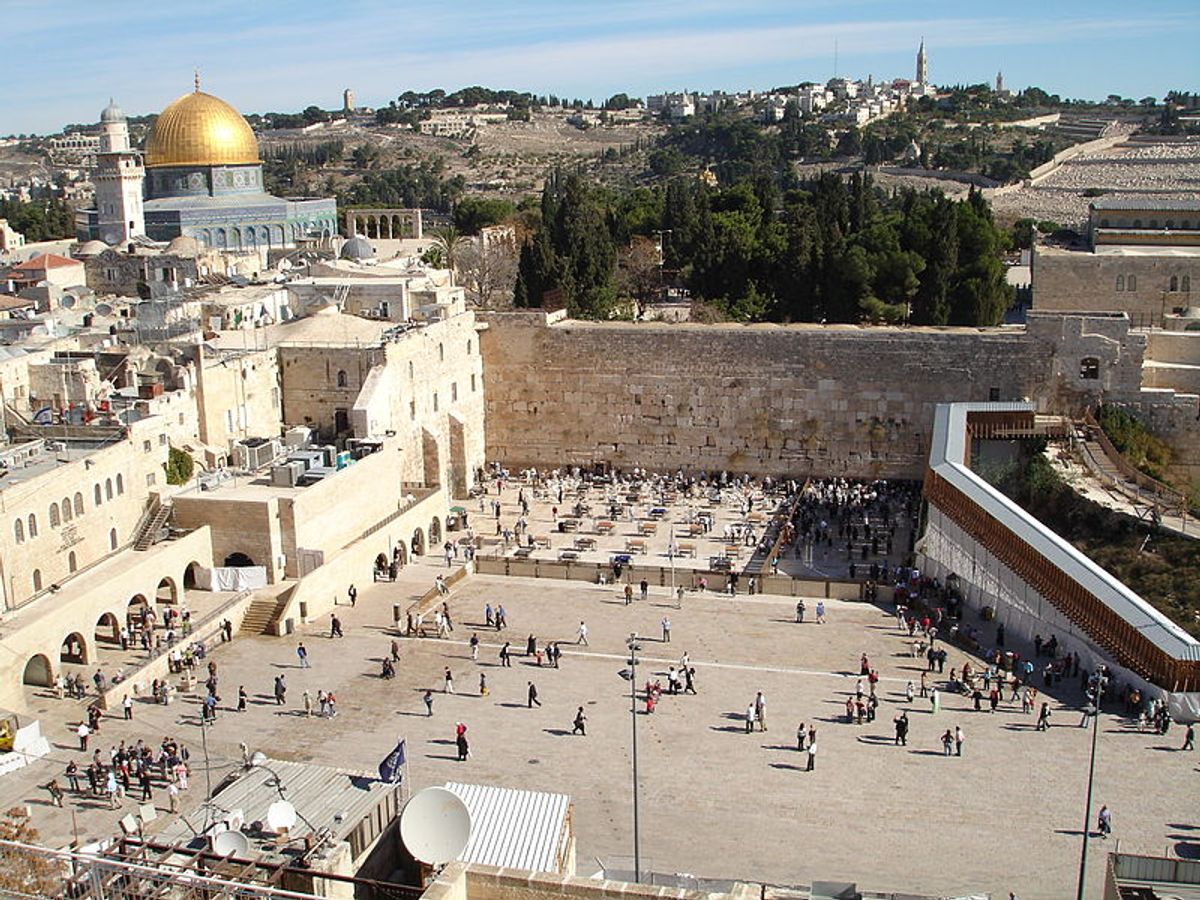 For months, chairman of the Jewish Agency for Israel Natan Sharansky has been working to broker a compromise between Jewish women who want to pray at Jerusalem’s Western Wall and the ultra-Orthodox rabbis who have called their presence an “abomination.”

And a compromise may be on its way, as Jane Eisner at Forward reports:

If implemented, the proposal, a product of months of deliberation, would mark a dramatic acknowledgement by the state of Israel that prayer at the Wall — regarded as Judaism’s holiest site and a modern-day symbol of national sovereignty — should include non-Orthodox practice in which men and women pray together. But it is uncertain whether the proposal will satisfy Women of the Wall, who for years have tried to hold full prayer services in the women’s only section and may see this compromise as a betrayal of their mission...

Under the proposal, sources said, the area now known as Robinson’s Arch on the southern end of the Wall will be greatly expanded to create a prayer space roughly equivalent to the existing men’s and women’s sections. Egalitarian prayer is currently permitted at the Arch, which is an archaeological site, but that prayer is only available at limited times and with an entrance fee. The expectation is that the enlarged space would be free and open around the clock, as the Kotel is now, but that could not be confirmed.

The plan also calls for the plaza surrounding the Wall to expand, so that visitors approaching the site in the Old City could clearly chose between praying at the egalitarian section, or the existing sections reserved only for men and for women. Still under discussion is governance of the new prayer area, but several sources said that they thought it would be run by something other than the Western Wall Heritage Foundation, the organization that currently controls the Kotel.

Women of the Wall head Anat Hoffman has signed off on the proposal while expressing her reservations about its "separate but equal" premise, but the measure still requires approval from the Netanyahu government, "where it may face resistance from Orthodox groups unwilling to share authority over the holy site," Eisner notes.