Sen. Johnny Isakson said he thinks gun control legislation should get a “vote up or down" 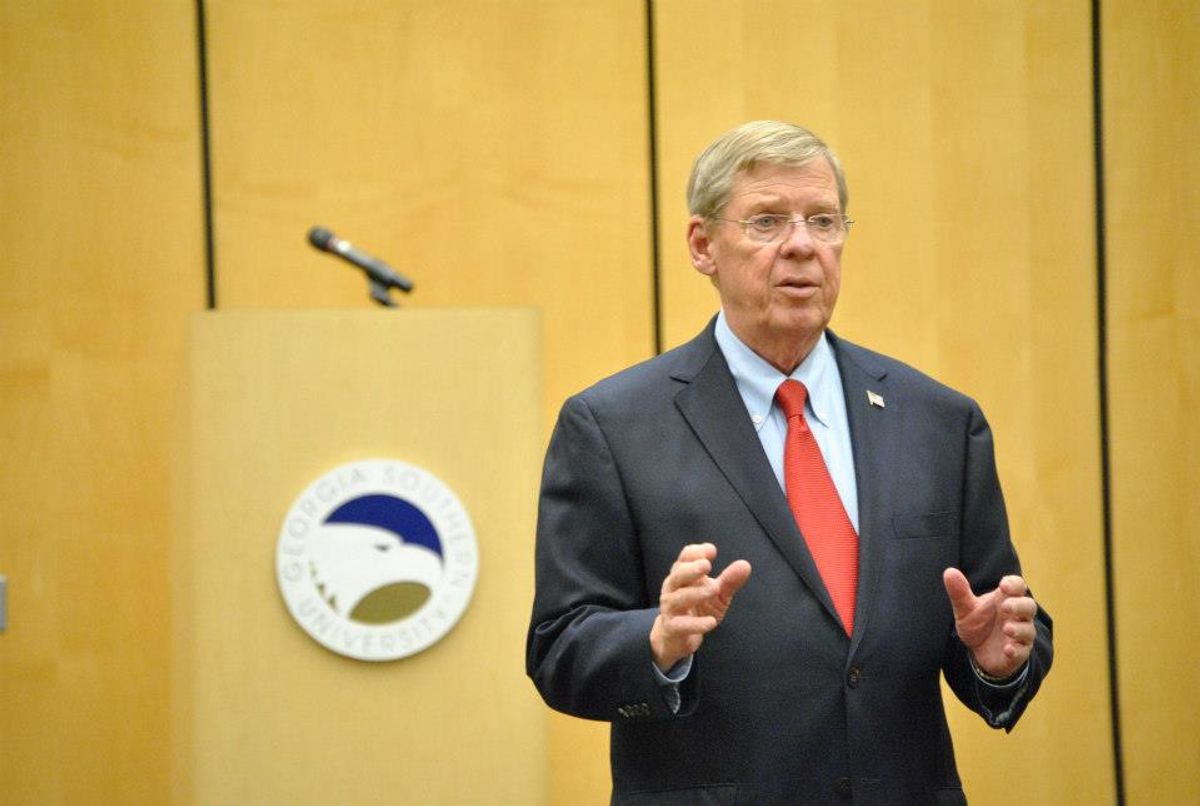 As more Republican senators, including Minority Leader Mitch McConnell, announce that they will support a filibuster of gun control legislation, a few outliers have said that they disagree with blocking a vote.

Most recently, Sen. Johnny Isakson, R-Ga., said he thinks there should be a “vote up or down."

“I’ll speak for myself on that question,” he said on CBS’s “This Morning.” “There’s no ambivalence on the gun issue, I think everyone knows what the issues are. We have not seen the final draft of the legislation that was produced, I understand, last night, but I think it deserves a vote up or down.”

Sen. John McCain, R-Ariz., agreed on Sunday's episode of "Face The Nation." "I don't understand it," he said. "The purpose of the United States Senate is to debate and to vote and to let the people know where we stand.” He added: "What are we afraid of?"

Rep. Peter King, R-N.Y., also said that a filibuster would be "wrong," and that “Even If I did not support that legislation, I would say let this come to a debate."