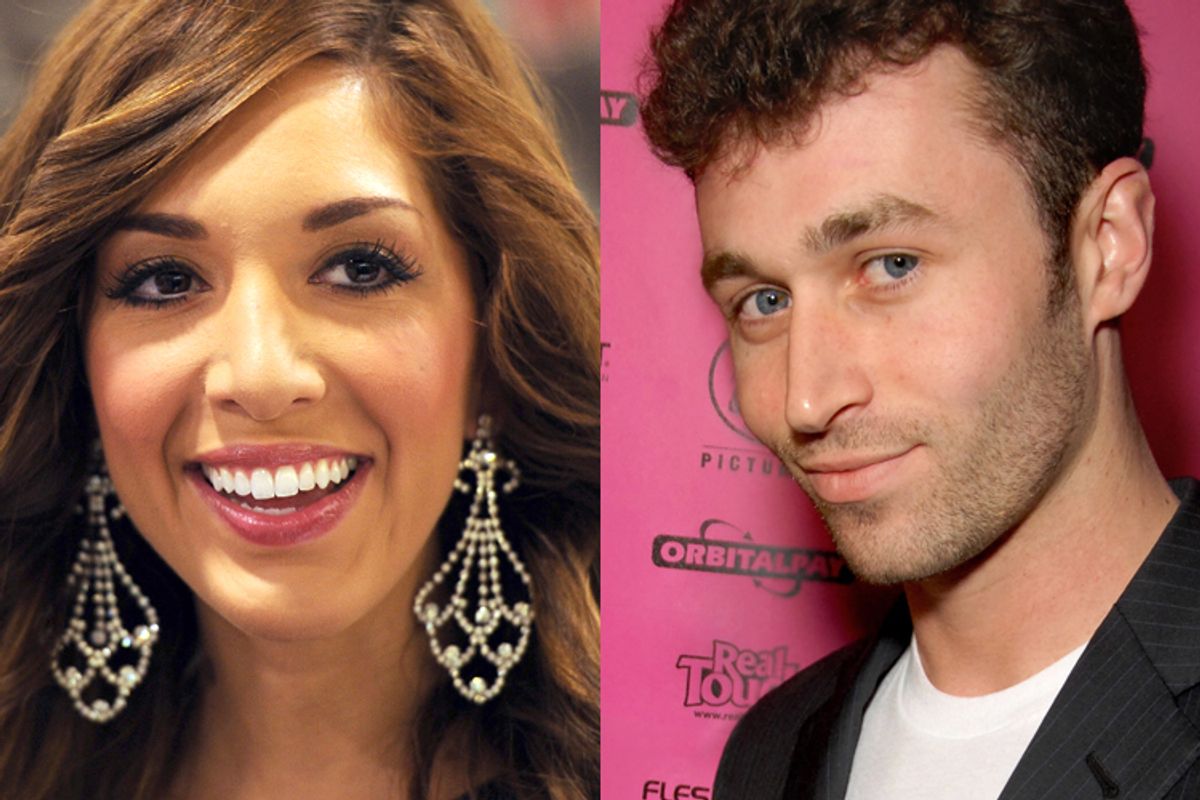 The implication, of course, is that Abraham schemed to film a professionally made scene with Deen, the most famous male porn star in the world, in order to then pass it off as a leaked homemade sex tape. But today, Abraham responded on Twitter, "You know what I've learned James Dean is a disrespectful women hater, hopefully he gets more famous like he wanted, #Pathetic #Lier." Later she added, "I'm going to ignore all the lies, all the hate, all the disrespectful people who want 2 take advantage of me, have fun making money off me" -- which sounds a whole lot like confirmation that the tape does exist.