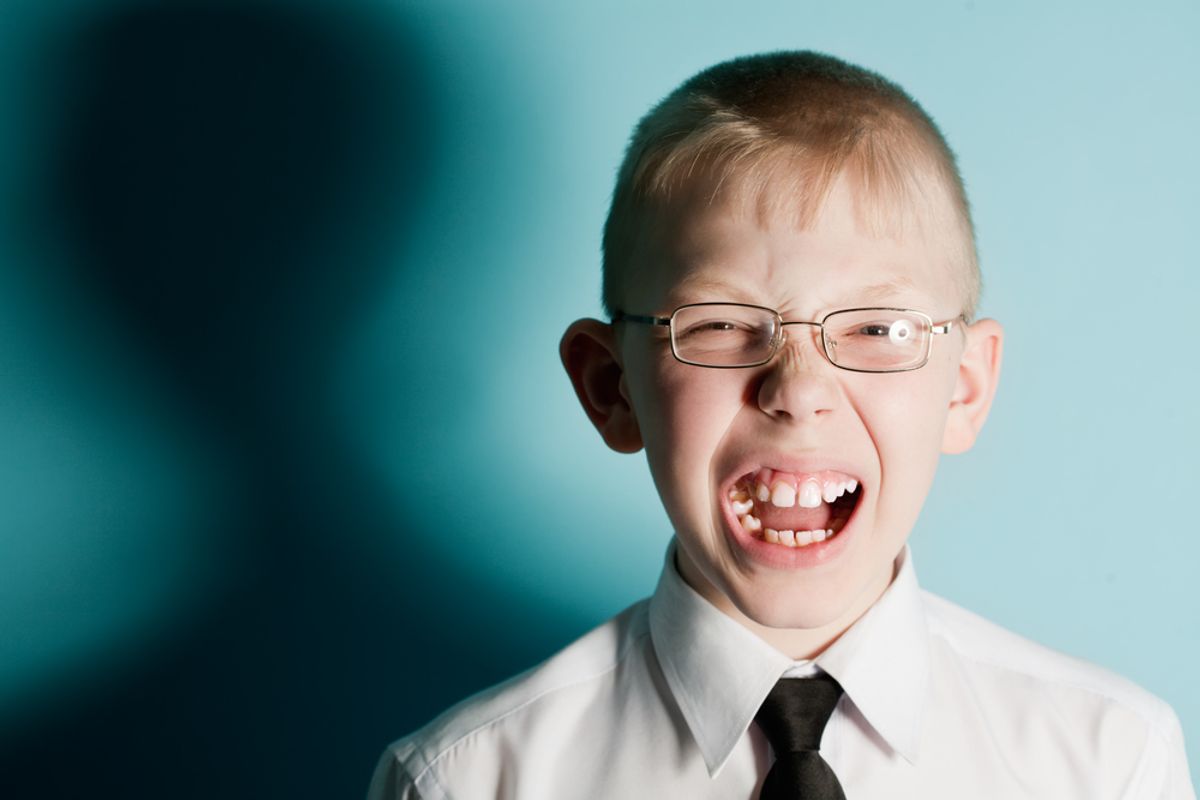 Organizers of the Scripps National Spelling Bee announced on Tuesday that they would be adding multiple-choice vocabulary tests to the annual spelling competition. The televised onstage spelling rounds will remain the same (Read: stressful and terrifying to watch), but now the spellers' scores will be combined with pre-administered vocabulary tests to determine the semifinalists and the finalists.

Have these sadists never watched "Spellbound"? Do they not understand how difficult it already is to be a child nerd? Where is their compassion? Where?

Nowhere, apparently. Organizers believe the vocabulary challenge will have spellers feeling "excited" at the new opportunity.

Executive director Paige Kimble said the changes help reinforce the competition's purpose -- to encourage students to improve their spelling and broaden their knowledge of the language.

"What we know with the championship-level spellers is that they think of their achievement in terms of spelling and vocabulary being two sides of the same coin," Kimble said. "These spellers will be excited at the opportunity to show off their vocabulary knowledge through competition."

Vocabulary has been a regular part of the bee during its 87-year history, but it's always been the spellers asking for the definition and getting the answer in order to help them spell the word.

Now the tables will be turned, with the spellers taking a computer test that looks like something from the SAT. A sample question provided by the Spelling Bee on Tuesday reads as follows:

"Something described as refulgent is: a) tending to move toward one point, b) demanding immediate action, c) rising from an inferior state, d) giving out a bright light."

The correct answer is d.

Kimble told the Associated Press that the vocabulary portion of the competition may one day take place onstage, but she wants to try the computer format first.

Well, Paige Kimble, I ask that you please consider 13-year-old Akshay Buddiga while mulling your decision to apply more pressure to awkward geek spelling prodigy children. The results could be ugly: