All writers should read Robert McKee

I was struggling to adapt my novel to film. Then I picked up a copy of "Story" and had my mind blown 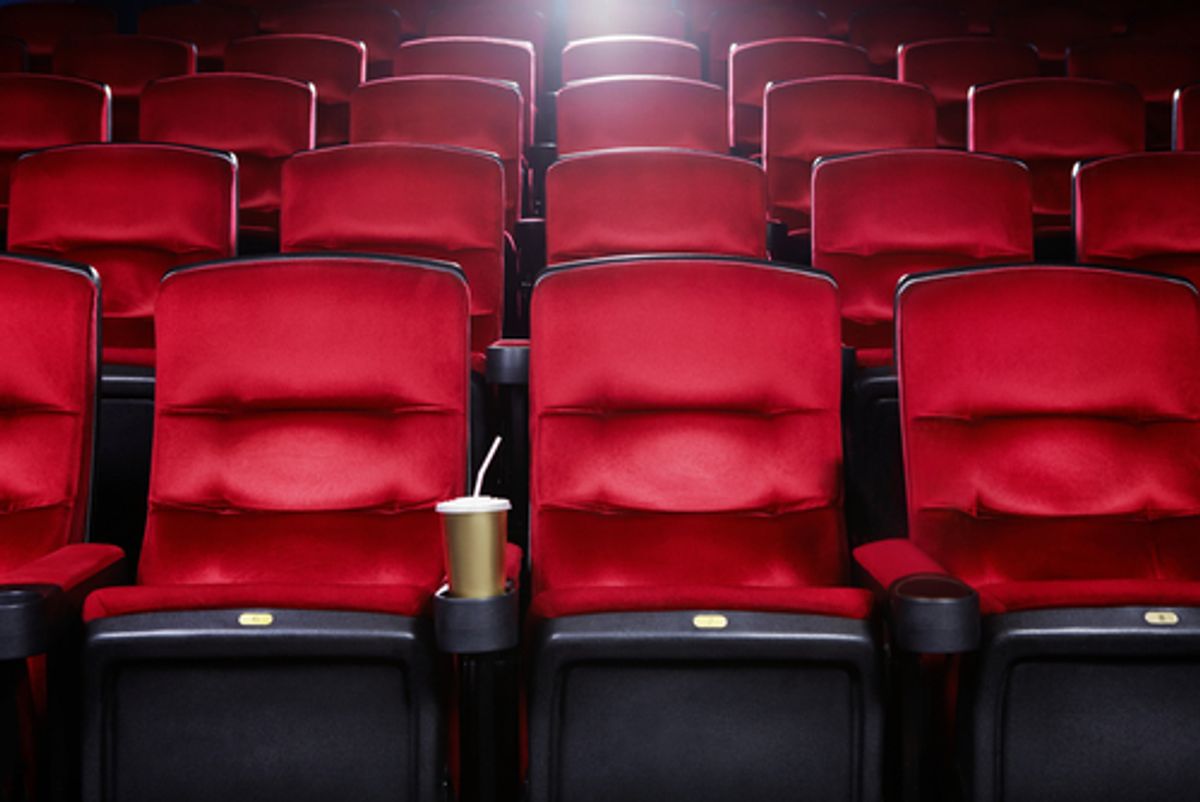 “You should read Story by Robert McKee,” Nico said.

This was 2010. Nico had agreed to produce the screenplay version of my first novel, Stuck Outside of Phoenix -- a screenplay I hadn’t started yet -- and he was no doubt concerned about what I might hand over. I’d never written a screenplay, but with more than a decade of daily writing under my belt, I felt I had what it took to crank out a feature-length version of my own novel. Still, I bought a copy of Story as insurance. It lingered in a pile of books for a few months, and after the first draft of the screenplay was finished, I sold it back.

Flash forward to the summer of 2012. The movie version of Stuck Outside of Phoenix is in the can, and I’m officially a big shot. I’ve taken to wearing sunglasses at night, and I’m looking into changing my name to Hollywood. The writing of Stuck the screenplay had come so easily I’d already knocked out a draft of the screenplay of my second novel, Ghost Notes. I passed this on to a friend, Los Angeles film editor Josh, and I waited impatiently for his comments, wondering if he was aware of all the money we were losing by not taking this thing straight into production.

Josh replied with a critique that was long, detailed and largely negative. Namely, he felt the script suffered from being a too-literal adaptation of my book. Such a translation had been perfect for Stuck Outside of Phoenix, a narrative told from a single third-person point of view and with conflicts that are largely external. All I’d done with Stuck was move each scene into screenplay form, and after making some changes suggested by Nico, it was finished. Ghost Notes, on the other hand, is told from multiple points of view in the first person, and the conflicts tend to be internal. Ghost Notes does have a simple three-act structure, but that’s where its easy translation to the screen ends. My first stab at Ghost Notes the screenplay, Josh said in so many words, completely sucked. I took my sunglasses off and went to Powell’s and again bought that expensive fucking hardback, Story by Robert McKee.  I dragged myself to my couch, plopped down and cracked the book’s spine.

And proceeded to have my mind blown.

Story is the best book on the mechanics of narrative writing -- not screenwriting, but any kind of narrative writing -- I’ve ever read. It breaks the art of storytelling down into its most basic components -- conflict, character, plot, climax, etc.; all of the things you’ll hear about in any writing workshop–but McKee explains them with unusual clarity and depth.  “Structure and Setting,” “Act Design,” “Scene Design”—there’s no superfluous chapter, and the dictums delivered are widely applicable.

All of which makes me wonder: Why aren’t M.F.A. writing students required to study screenwriting as a prerequisite to longer forms like novel or memoir? During my own graduate work at the University of San Francisco’s ten years ago, the subject was somewhat taboo.  I remember one teacher not wanting students to refer to flashbacks as “backstory,” describing it dismissively as “screenplay talk.”

And surely there are good reasons to have literary-minded writing students avoid screenwriting. Novels and memoirs are endgames, while screenplays are drafts that will be altered and embellished by actors, directors, and the like before they reach their final form. Moreover, beginning prose writers need to get used to describing things with words, as opposed to merely indicating where things happen. No character in a novel simply “looks sad.” The novelist needs to use language to describe this sadness in a way that makes the reader care about it. In a film, making the viewer care is a collaborative effort. The novelist is all by herself.

Still, must novelists ignore all that screenwriting can teach us? Any creative writing program teaches fundamentals like conflict, character, escalating action and climax, but often this is done from a pretty high vantage point, so much so that the lessons are useful only in a broad sense. “There needs to be more conflict,” an instructor might write at the end of a student’s story. Okay, but what kind of conflict? Inner? Personal? “Extra-Personal” (McKee term)? Where should it happen in the story? What might trigger it? What kind of secondary character might cause it? All of these McKee attempts to parse out.

There will no doubt be those writers who hear “screenwriting” and scoff. “Novel and memoir writing are far more complicated than screenwriting.” Yes, screenwriting is simpler, and that’s why every long-form narrative writer should be able to master its principles.

I know there’s a long-standing belief that screenwriting ruins novel writers by making them focus too much on plot. No doubt the novel form allows more freedom to meander than the feature film, and I wouldn’t want to change a word of slower-paced and tangent-happy classics like Moby-Dick or Infinite Jest. The slowness of these novels plays to the overall purposes of the works. Still, can I honestly say, as much as I love Moby-Dick, that Melville’s 40-page explanation of the different kinds of whale blubber wasn’t pretty boring? Wasn’t I waiting the whole time to get back to Ishmael and Queequeg and the rest of the wonderful cast of characters? When reading Infinite Jest, didn’t I have nights when I struggled to stay awake? While deep in The Guermantes Way, didn’t I sometimes want to choke Proust for his tedious attention to some ridiculously small splinter of life? Yes, yes and god yes. Can I look myself in the mirror and say “These are wonderful examples of narrative prose writing”? I would prefer not to.

The beauty of screenwriting’s application to the novel form is that it can be applied when warranted. Of course you wouldn’t utilize its tenets all the time. Is mastering the free throw going to ruin a basketball player’s game inside the paint? More likely, mastering both skills will make him a complete player.

I remember, while in graduate school, the program director asked me to talk to a roomful of prospective students. I sat with her at the head of a long table with about twenty would-be M.F.A. candidates in attendance, and we spent an hour fielding questions. One student asked me, with a scrupulous look, if the program had changed my writing in any way.  I answered, “Absolutely,” and went on to explain how my work had improved in one way or another since starting the program.

It was only later, on my way home, that I realized the student had wanted to ask a completely different question: “Has the program changed your writing in a way that fundamentally cuts against the direction you’d hoped it would take?” In other words, did the program inflict its dogma on me in a way that destroyed my creative goals? That made me a lesser writer? At the time, all I could think was, why would you pay for a writing program and not want your writing changed?

That’s what writers fret about when taking a book like Story to heart. They don’t want their perceptions muddied by “inferior” rules from a related media. But there’s no such thing as an inferior writing rule, only a writer’s inability to know when and when not to apply it.