Update: Comixology, the app behind "Saga," withheld the issue from the app store. They have since released it 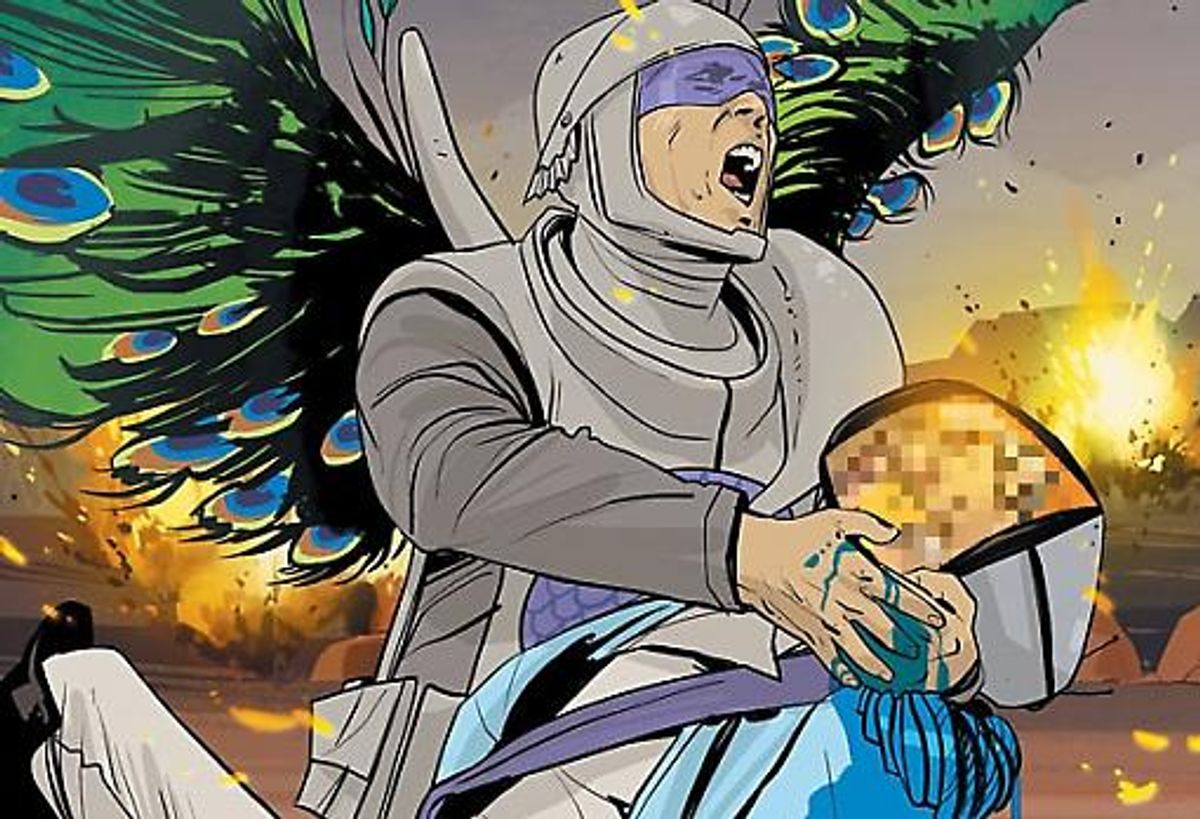 Comixology, the app behind "Saga," has issued a statement saying that they were responsible for the decision not to release issue 12, not Apple. Comixology attributes their decision to a "misunderstanding" of Apple's policies.  The statement in full:

In the last 24 hours there has been a lot of chatter about Apple banning Saga #12 from our Comics App on the Apple App Store due to depictions of gay sex. This is simply not true, and we’d like to clarify.

As a partner of Apple, we have an obligation to respect its policies for apps and the books offered in apps.  Based on our understanding of those policies, we believed that Saga #12 could not be made available in our app, and so we did not release it today.

We did not interpret the content in question as involving any particular sexual orientation, and frankly that would have been a completely irrelevant consideration under any circumstance.

Given this, it should be clear that Apple did not reject Saga #12.

After hearing from Apple this morning, we can say that our interpretation of its policies was mistaken. You’ll be glad to know that Saga #12 will be available on our App Store app soon.

We apologize to Saga creator Brian K. Vaughan and Image Comics for any confusion this may have caused.

The small images (broadcast on the television head of Prince Robot IV) are explicit, but no different than material covered in previous issues. As Alex Hern at the New Statesman notes, in issue four of the series, a character visits a "sex resort" and wanders through room after room of graphic hetero-copulation. (A 100 percent NSFW panel of that wandering can be found here.)

So it seems that Apple has no problem with dicks, per se. Just, you know, gay dicks.

Vaughan issued a statement on the ban explaining that neither he nor Staples would be "changing shit" about the images in question:

As has hopefully been clear from the first page of our first issue, SAGA is a series for the proverbial “mature reader.” Unfortunately, because of two postage stamp-sized images of gay sex, Apple is banning tomorrow’s SAGA #12 from being sold through any iOS apps. This is a drag, especially because our book has featured what I would consider much more graphic imagery in the past, but there you go. Fiona and I could always edit the images in question, but everything we put into the book is there to advance our story, not (just) to shock or titillate, so we’re not changing shit.

Whether or not Apple has explicitly anti-gay guidelines in its approval process, some kind of clarification is in order. Because the company either allows mature content or doesn't; either a reviewer made a mistake approving the images depicting straight sex while censoring others featuring gay sex or didn't. Apple should make clear what its standards are, and stick to them.

Otherwise, it's hard not to see this as a blatant case of homophobic bias. And, as novelist and "noir prophet" of cyberpunk William Gibson remarked on Twitter, that's an embarrassing (though not entirely uncommon) place for a company to find itself in 2013.