The bill also bans funding for organizations that contract with abortion providers, like power and water companies 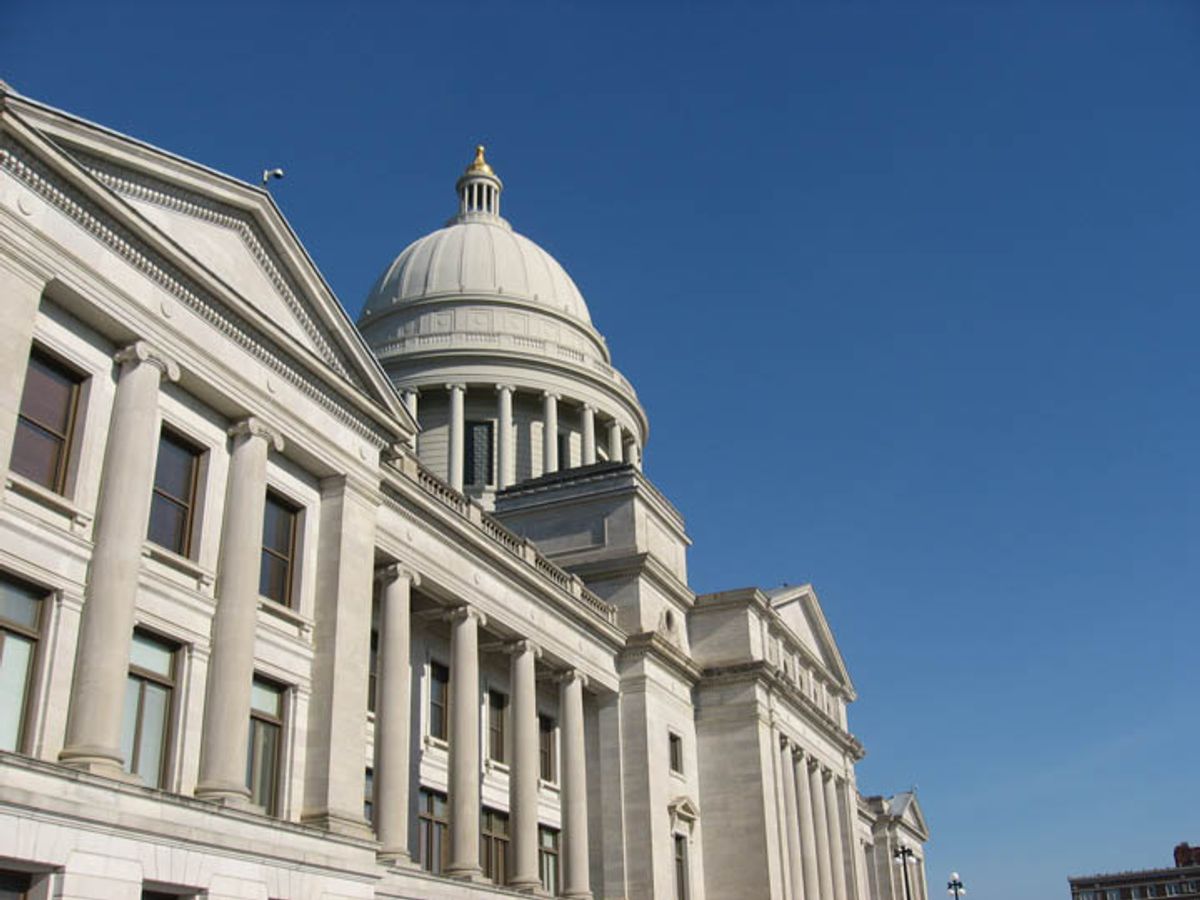 The Arkansas state Senate passed a measure on Tuesday to defund Planned Parenthood and all other entities that provide abortions or patient referrals for abortions. The bill also cuts the funding for a Planned Parenthood-administered comprehensive sex education program in the state's public high schools.

No more sex education? That should bode well for a state that just banned abortion at 12 weeks.

The Senate measure also prohibits any organization that holds contracts with abortion providers or referrers, including, as Laura Basset at the Huffington Post notes, power companies, water companies, health insurers and medical suppliers, from receiving any state money.

Despite the fact that Planned Parenthood does not currently receive any state funding for abortion care or family planning services, bill sponsor Republican state Rep. Gary Stubblefield and other supporters argue that it will prevent taxpayer money from paying for abortions. In reality, the only loser under the new measure is the state's sex education program. And, of course, Arkansas students.

Darrell Seward, an assistant football coach and health education teacher at Little Rock Central High School, told the Huffington Post that the sexual health program is invaluable to his students:

"I would challenge any legislator or politician in the state of Arkansas or higher to set foot in my classroom and listen to the curriculum and walk out and say it's a bad program," he told The Huffington Post in a phone interview. "This program has been one of the most well-received programs that our students have ever been engaged in. I am a Republican, but this is one issue I feel very strongly about, because I see the benefit for our kids..."

Seward's high school is the sixth largest public high school in Arkansas and also one of the most diverse. He said the focus of Planned Parenthood's sex education program is on abstinence and decisionmaking, but the students also learn about birth control, condoms, HIV and sexually transmitted infections. He said if Planned Parenthood does not continue to run the program, as it has for eight years, he does not know whether it will continue to exist in schools.

"My question would be, if it's not Planned Parenthood, why not?" he said. "Why shouldn't they deliver this content? I just really cannot understand why any politician would do what they're doing with this program when they've never actually seen it in play."

Arkansas currently has the third-highest rate of teen pregnancy in the country and ranks 21st in the nation for reported (that number is an approximation, as not all infections are reported and diagnosed) STIs among teens.

If this measure is signed into law, things could get much, much worse.