A Forbes media reporter criticizes the company's attack on "sponsored content." He couldn't be more wrong 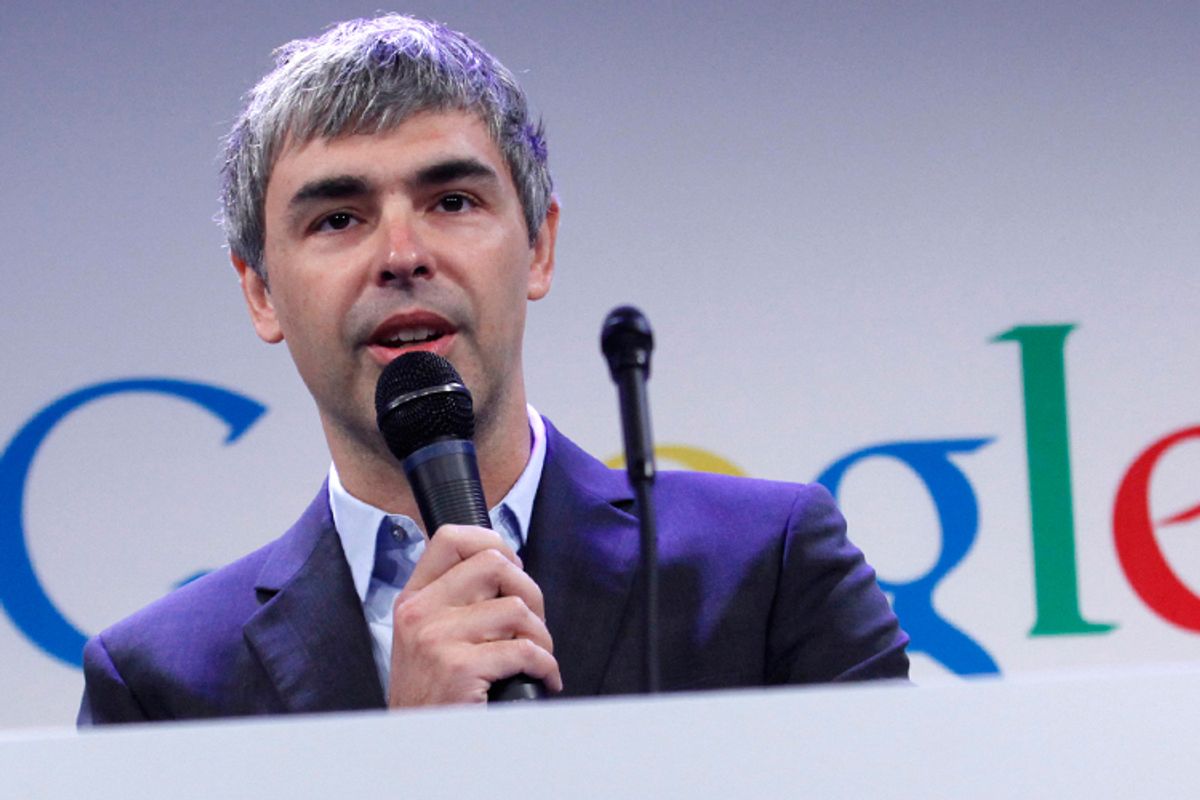 (NOTE: This post has been updated since it was originally published.)

An outfit called "NewsCred" sent me an email this morning with the subject: "How Google's stance on branded content could impact marketers." It provided a link to an unbylined piece titled "Why Google Should Rethink Its Approach to Sponsored Content."

Haha, I thought. This should be fun. On March 27, Richard Gingras, Google's senior director for news and social products (and formerly, Salon's CEO), warned in a blog post that Google News strongly disapproved of news outlets that were passing off sponsored content as the real thing.

If a site mixes news content with affiliate, promotional, advertorial, or marketing materials (for your company or another party), we strongly recommend that you separate non-news content on a different host or directory, block it from being crawled with robots.txt, or create a Google News Sitemap for your news articles only. Otherwise, if we learn of promotional content mixed with news content, we may exclude your entire publication from Google News.

Most journalists who take their job seriously might be expected to applaud Google's critical stance on sponsored content. Sponsored content, also known as "native advertising," is a calculated attempt to trick readers, to fool them into believing that they are reading something whose integrity is backed by the publication in which it appears. But it is pure commercial propaganda, not news, and as such, it shouldn't be indexed as news. It's also growing very fast, and can't be ignored.

But the piece linked to by "NewsCred" took issue with Google's stance:

... [A]t a time when digital publishing experiments are happening at every point on the spectrum from pure editorial to pure commerce, there’s something unsettling about the idea of a single massively powerful entity appointing itself the arbiter of what is and isn’t news...

NewsCred is a Silicon Valley venture capital-backed start-up, founded by three Bangladeshis, that specializes in the fuzzily defined business of "content marketing." You have to admire the chutzpah of a company that specializes in "providing, curating, and customizing content for the world's biggest brands" calling itself "NewsCred." As far as I can tell, its business model seems predicated on blurring the lines between brand promotion and the news business, which would seem to indicate a fundamental lack of credibility.

But maybe that's just me. Because after digging around a little bit on the NewsCred site, I realized that that unbylined piece was actually originally published in Forbes, and written by the respected media reporter Jeff Bercovici.

Bercovici brings up a point that successfully muddies the waters:

Consider, for instance, the burgeoning phenomenon of sports teams that employ their own beat reporters to cover them, often with a high degree of independence. Google News treats their work as news. But how different is that practice, really, from the growing number companies in other industries that employ writers to write generate content about their products and push that content out through their websites, social media channels and other publishing platforms? (The latter include BrandVoice, FORBES’s native advertising product.) If the Green Bay Packers can publish stories about their product and have them deemed Google News-worthy, why can’t Chrysler do the same?

The first objection here is that stories by sports-team-employed beat reporters generally appear in outlets owned by the sports team or the networks that broadcast those teams. They aren't -- or shouldn’t be -- infiltrated into ESPN or the New York Times or Salon and represented as something that they are not. But when Chrysler or the Church of Scientology gets a piece of native advertising placed in a reputable publication, they are actively attempting to disguise themselves as legitimate.

The second objection is that the fact that there is a muddy area doesn't mean we should open the floodgates so that every last drop of bullshit rolls right through unabated. Drawing lines between what is acceptable and what isn't is important. The reason sponsored content is so attractive to advertisers and marketers is that, done well, it's very difficult to tell what is actual news content and what is just a commercial. Gingras' Google blog post is fascinating, because even as it calls on news organizations to take responsibility for properly labeling their own content, it's also an implicit admission of failure. Google's algorithms can't tell the difference between "native" advertising and news. It's getting harder every day to do so, especially when companies like "NewsCred" are actively attempting to destroy the boundaries that separate the two.

Bercovici finishes his piece with a question: "If Google News users think some sponsored content is news, who is Google to say otherwise?" For a media reporter, that's simply stunning. Sponsored content is a scam, an attempt to fool people, an effort to profit off of publisher desperation. Bercovici is saying that if advertisers are successful in duping readers, Google shouldn't blink an eye.

Meanwhile, Google is saying that if we catch you representing marketing as news, we will ban you from our news-indexing service.

It doesn't take a whole lot of reflection to see who comes off as more credible here.

UPDATE: I've been exchanging emails with NewsCred's CEO, Shafqat Islam, and after learning more about the company I think my characterizations of NewsCred as "actively attempting to destroy the boundaries that separate... native advertising and news" and that "its business model seems predicated on blurring the lines between brand promotion and the news business," were too harsh.

Islam stressed to me that NewsCred is not in the business of creating sponsored content or native advertising. Half their business, said Islam, was working with publishers to cross-license their content for use by other publishers. The other half was working with "brands" to license content from reputable media publishers on their sites. As an example, he directed me to http://www.thehartford.com/smallbizahead/.

I noted to Shafqat that the confusion started when his company sent me an email promoting a Forbes story that NewsCred had republished on its own blog criticizing Google's stance on sponsored stories. This implied to me that NewsCred was also critical of Google's position. Shafqat told me that the blog's editorial team, which he said was independent from the business side of the company, pushed it out "mainly because it was relevant to a lot of journalists, marketers and publishers," and not because it represented the company's position on native advertising.