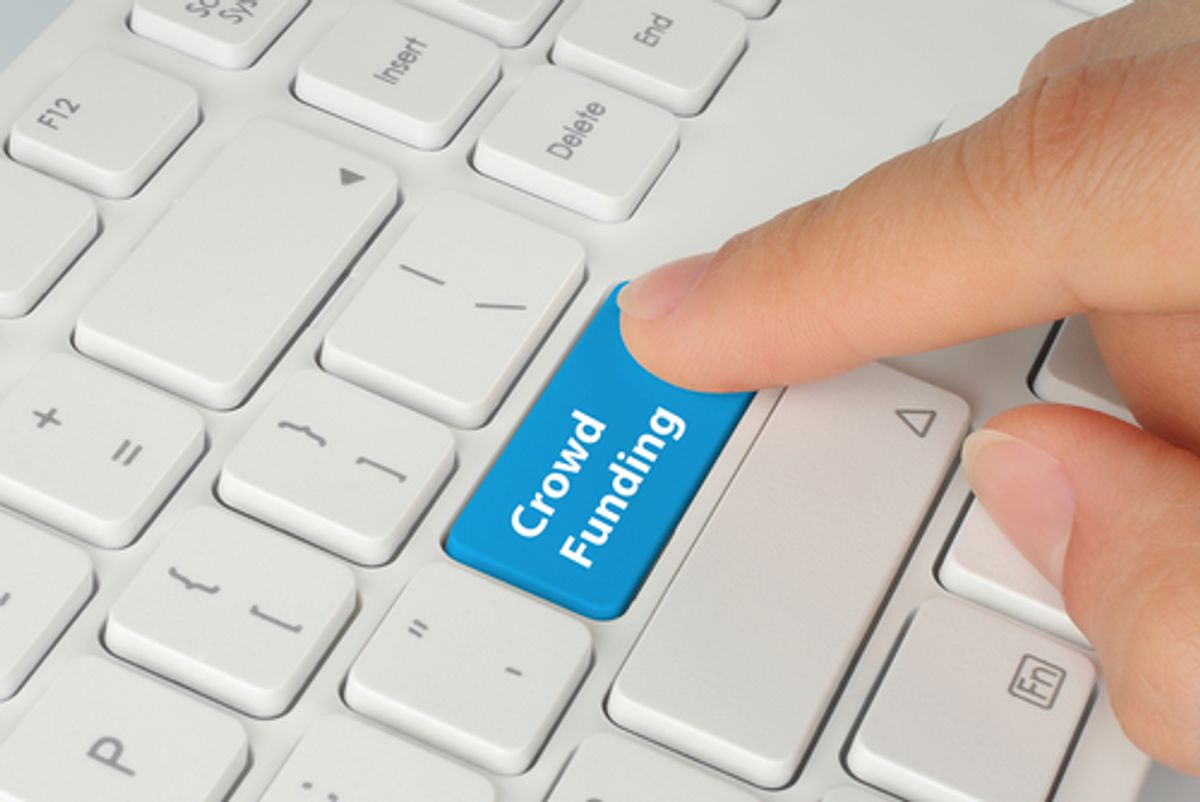 “Crowdfunding isn’t a magic bullet,” Amanda Palmer once told the Daily Dot in regards to her blockbuster $1.1 million Kickstarter campaign.

“You can’t crowdfund without a crowd, and you can’t start a project from scratch and get people interested in it. You need to have some degree of reach and some small starting point. You need someone to send that link to.”

Since launching in 2009, Kickstarter has gone from a last-ditch resort to the method of choice for artists looking to fund their next creative endeavor. The platform has revolutionized the entertainment industry, allowing artists to turn directly to their online audience for financial support and, in doing so, freeing them from the pressure and restraints often associated with major-label contracts. In the last two years alone, more than $55 million has been raised for roughly 8,000 music-related projects.

There are, however, unexpected side effects to Kickstarter success—complications that can hinder artists and strain, instead of strengthen, the bond between creators and their fans.

In the fall of 2010, Fastball guitarist Miles Zuniga turned to Kickstarter to help jump start his solo career. He raised $27,355 from 153 backers, more than $7,000 over his original goal, for the recording of his debut album, These Ghosts Have Bones. But he didn’t read the site’s fine print.

“It was my first time doing a Kickstarter project, so taxes were the furthest thing from my mind,” Zuniga recalled. “Then, when I made the money, I asked my accountant if this was considered income. She said, ‘Yes.’

“I remember saying, ‘But… but… it’s going towards making a record, and I’m not going to see any of the money! It’s not like I’m going to Maui with my wife!’”

In short, money raised from Kickstarter and other crowdfunding platforms is considered to be taxable income. Amazon Payments, which handles the credit card transactions for Kickstarter, disburses the funds to the project creator and sends them a 1099-K, a tax form that reports “Merchant Card and Third Party Network Payments” to the IRS. In this particular case, a pledge made by a fan to a project would be considered a third-party network payment.

This fact seems to be incongruous with Kickstarter’s claimthat the company is not a store. But as Evan Blanc, a certified public accountant (CPA) with Austin, Texas-based Sound Business Management, told the Daily Dot, that doesn’t matter.

“Although musicians may not necessarily be selling something via Kickstarter, they are still entering into a transaction with their backers,” he noted. “If they reach their goal of ‘X’ amount of dollars, they have certain conditions they’ve agreed to make. They should consider the money as income because the IRS defines gross income from ‘whatever source derived,’ unless specially excluded.”

Taxes aren't the only obstacle that musicians face when choosing to make an album using Kickstarter. For jazz songstress Kat Edmonson, who raised $53,823 in April 2011 to fund her second album, Way Down Low, the biggest problem was fulfilling the rewards to her backers.

"I spent all the funds that I raised on the studio and the musicians," said Edmonson of her critically acclaimed album, which features Lyle Lovett and led to appearance on Austin City Limits. "The money was gone and then I still owed all the gifts to people, which was now going to come out of pocket."

She highlighted the free VIP tickets she offered to those who pledged $200 or more.

"It seemed like a feasible thing to do but when it came down to that show, I ended up paying for it entirely," she said. “A venue will only let you comp so many tickets, and I had promised them to several hundred people. I didn't make any money from the performanced because I had to comp so many tickets that I had to purchase them myself.”

Then there's the shipping, a detail often miscalculated by bands and artists, perhaps new to DIY endeavors.

Nataly Dawn, one half of the band Pomplamoose, raised $104,788 from 2,315 backers to fund her first solo album, How I Knew Her. To entice her fans to contribute, Dawn promised a slew of incentives, which included shirts, hard copies of the release, signed posters, and articles of clothing she wore in various Pomplamoose videos. By her estimation, Dawn spent approximately $10,000 to mail out the rewards to her supporters.

Edmonson had a difficult time with shipping as well. The U.S. Postal Service apparently limited the number of packages she could send out at one time, forcing her to recruit friends for help and to visit multiple post offices to fulfill all of her obligations.

"It's not a practical way of going about things," she admitted.

But Dawn said that logistics wasn't the most challenging part of her Kickstarter campaign. It was the idea that people thought themselves as shareholders in her work.

"It's not really what you sign up for," she remarked. "You definitely want people to entrust you with funds. You then make an album for them, but you don't really want them to have a say in how your budget works.

"I just think that's unfair for the artist, honestly."

The issue for Dawn was intensified by her raising five times the amount of her set goal. Suddenly, fans were complaining that she didn't really need the whole $104,000 to record the album. Dawn countered by noting that not only did she use all of her Kickstarter funds, but she also opened four separate credit cards and dipped into her life savings to cover the difference.

Inevitably, our conversation of fans' expectations shifted back to Palmer and her aforementioned million-dollar campaign.

In the fall of 2012, Palmer pissed off a lot of people after she tried to get professional backup musicians to play for free at various stops in her tour. Palmer's critics, which included renowned music engineer Steve Albini, accused her of being exploitative and of using her name recognition to get out of properly compensating her accompanying performers.Palmer would eventually reverse her decision and announced that she had found money in her Kickstarter budget to compensate everyone, but before she did, Dawn took to her blog to express support for the beleaguered musician.

"[Whether] or not you agree with Amanda’s tactics, you are not shareholders in her Kickstarter project," Dawn wrote. “When you gave her your money, you decided to trust her to invest it wisely.

“So keep trusting her and keep helping her."

Musicians by necessity aren’t hardwired to handle the various aspects of crowdfunded campaigns. They’re typically not accountants, publicists, or project managers. Their expertise does not lie in the fine print. They’re artists in need of support to do what they do best: create.

That's why Blanc suggests that musicians contemplating using Kickstarter meet with a CPA, business manager, or tax advisor before launching a campaign "to make sure everything is planned for and set up correctly from the start" and to help document expenses for future tax deductions.

Despite the setbacks, none of the musicians the Daily Dot spoke to regret using Kickstarter.

"I still think it's incredible that you can get [a $100,000] budget for an album because that's not really possible with a label," Dawn told us.

"I'd like to think that my fans felt like they were taken care of and that their expectations were met," she reflected

"It was very much a collective thing and I feel like getting into it there was mutual trust. It was me reaching out to them and saying 'This is what I can do for you if you can do this for me.' We all took strides together."

The proof is the music.