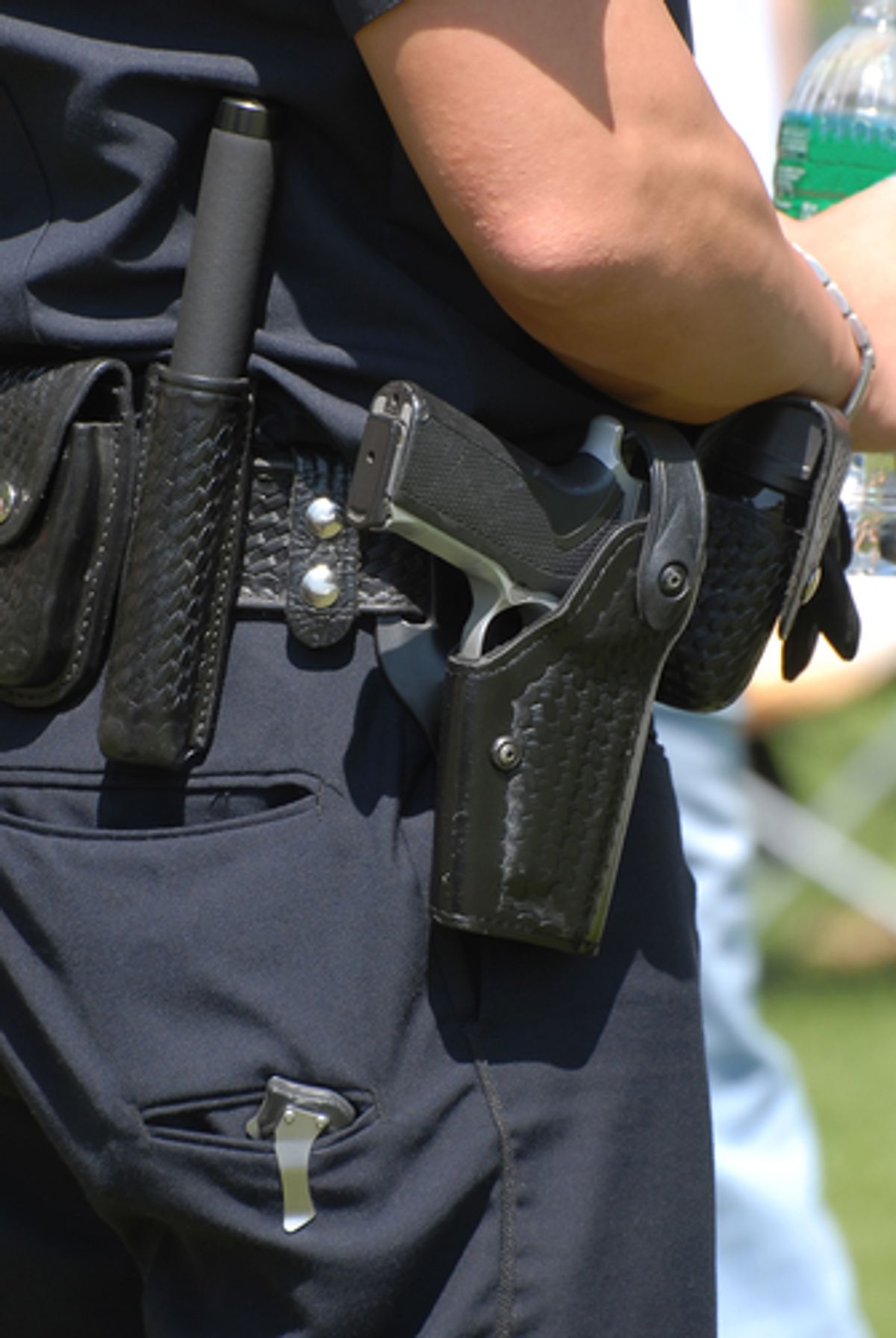 The Little Rock Police Department in Arkansas is facing a series of federal lawsuits, brought by families of victims fatally shot by police who allege that officers used excessive force. Of the three lawsuits, one involves the shooting of an unarmed 67-year-old African American by an off-duty cop, another involves the death of a 28-year-old mentally ill man, Landris Hawkins, who was shot dead after he threatened to kill himself with a knife when police responded to a 9/11 call from his grandmother.

The Hawkins family lawsuit claims the officers failed to follow LRPD rules governing use of force and dealing with mentally ill men and women. It also alleges the force, under police chief Stuart Thomas, has a widespread practice of tolerating violations of rules, allowing acts of excessive force and covering up or disregarding allegations of excessive force.

... [The LRPD] has rules governing potentially dangerous situations such as dealing with mentally ill people, when to use deadly force and indeed, when to use force in general. Critics say that the system is broken and urgently needs fixing, in particular the internal investigations of police killings."We think instances of police misconduct are likely to continue as long as matters such as these are not subject to an appropriate review process," said lawyer Michael Laux, who, along with his partner David Eisbrouch, of Balkin and Eisbrouch LLC, is representing all three families.