The co-founder of an Oklahoma tea party group was charged with two felonies, including blackmail 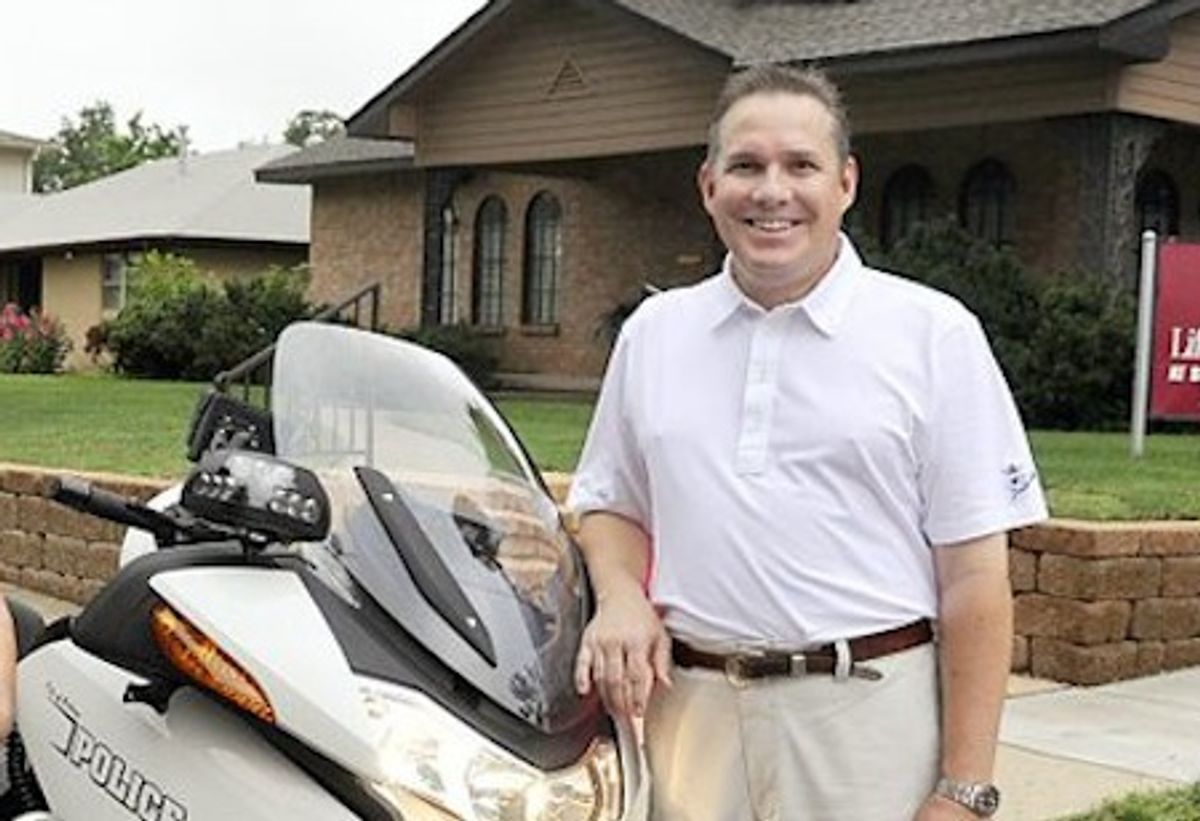 An Oklahoma Tea Partier was charged with two felony counts for allegedly sending a threatening email to a state lawmaker, pushing him to support legislation that would block Agenda 21 from being implemented in the state.

Al Gerhart, the co-founder of the Sooner Tea Party, was on Tuesday charged with blackmail and violating the Oklahoma Computer Crimes Act, both felonies. Gerhart admitted last week to sending the email to state senator Cliff Branan, though he denies he did anything wrong. The charges came after Branan turned the email over to state officials.

Misspelling one word, Gerhart wrote: “Branan, Get that bill heard or I will make sure you regret not doing it. I will make you the laughing stock of the Senate if I don't hear that this bill will be heard and passed. We will dig into your past, yoru family, your associates and once we start on you there will be no end to it. This is a promise.”

Gerhart admitted at a news conference at the Capitol last week that he sent the email.

“Political pain and embarrassment will be necessary if the citizens expect to regain control of this Senate down here from the state chamber of commerce and special interests,” he said. “The time for ‘nice' behavior is over with.”

Branan is the Republican Chair of the Senate Energy and Environment Committee, which, at the time the email was sent, was considering legislation that would block Agenda 21, the U.N.'s non-binding agreement to promote sustainable development. The bill is now dead.

Though it sounds harmless enough, Agenda 21 has become the subject of many conspiracy theories on the right - and of legislation introduced by state-level Republicans legislators. Glenn Beck has even described it as “a really nice way of saying ‘centralized control over all of human life on planet Earth.'"