Toomey reportedly refused to appear at gun presser with Schumer 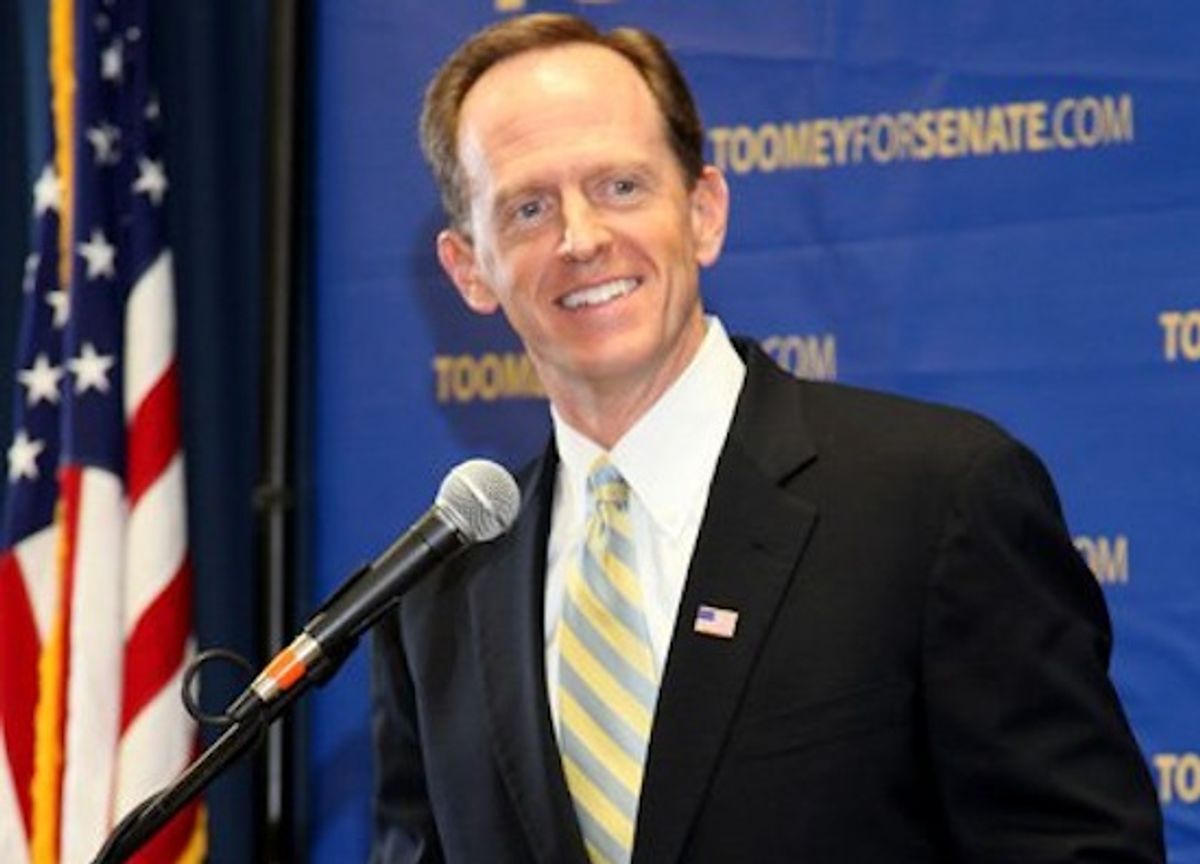 Sens. Pat Toomey and Joe Manchin gave a press conference on Wednesday announcing a bipartisan deal on universal background checks. But two other senators, Chuck Schumer and Mark Kirk, who also worked extensively on the deal, were noticeably absent. Reportedly, it was because Toomey refused to appear with Schumer.

Toomey, the former Club for Growth president, had told Manchin he would not speak at the news conference if he had to get on stage with Schumer, according to two sources familiar with the talks. Schumer obliged, and Kirk also agreed not to appear in order to provide cover to Schumer.

“Manchin and Toomey are the best people to sell this agreement to the pro-gun community, and Schumer doesn’t want to get in the way of that. His job is to persuade the gun safety groups that it’s an acceptable deal,” a Democratic aide said of the group’s dynamic.

According to Shiner, there were fears on both sides of the aisle that Schumer would become the senator most closely associated with the bill, which would hurt the bill's chances of pulling in conservative support.