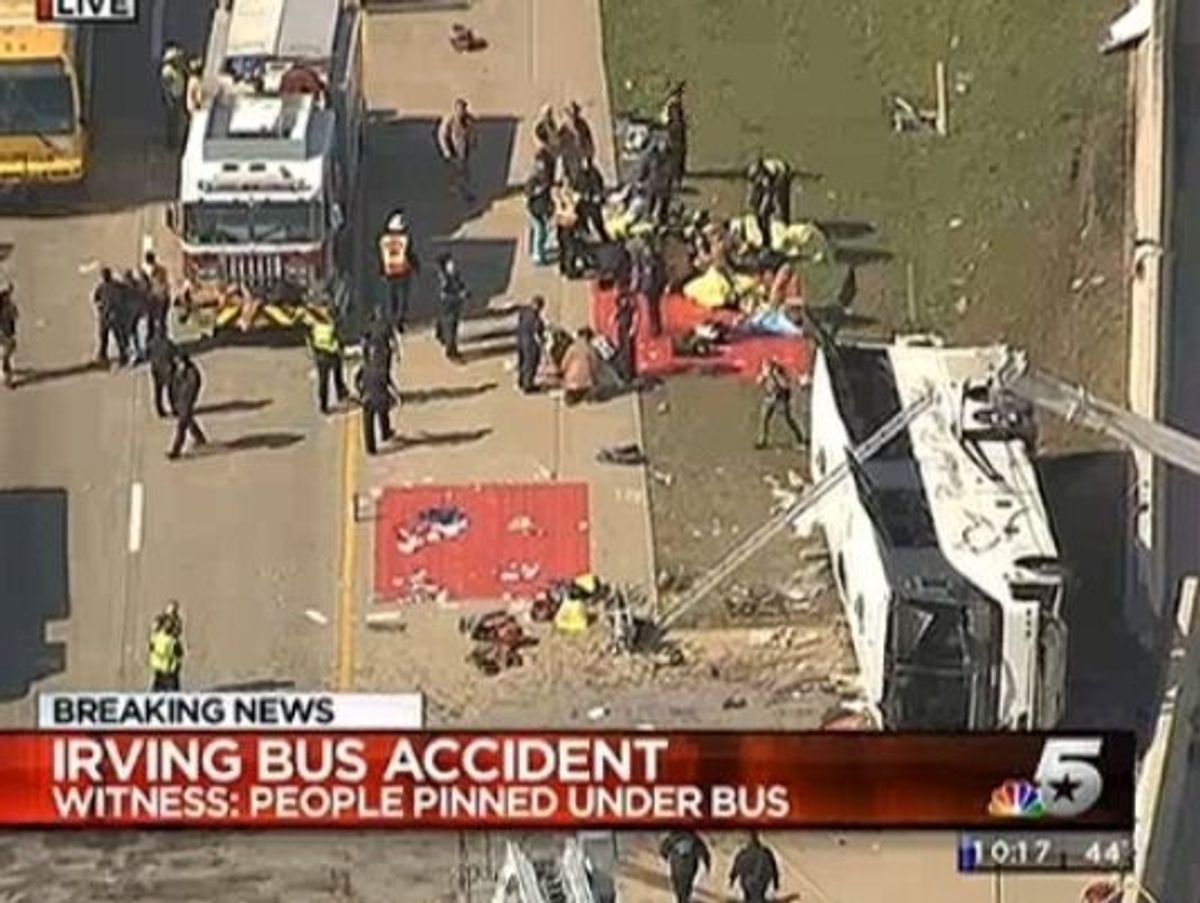 IRVING, Texas — A chartered bus has overturned on a North Texas highway, prompting a large emergency response involving multiple ambulances and helicopters ready to airlift any injured to hospitals.

The accident occurred just east of Dallas/Fort Worth International Airport on Thursday. The Texas Department of Public Safety says it does not yet have details on the accident.

Emergency workers appear to have established a triage area near the bus to evaluate passengers. Broadcast reports show victims being wheeled to ambulances. The bus belongs to Cardinal Coach Line based in Mansfield, which is south of the Dallas-Fort Worth region.

The bus is on its side and safety personnel used emergency exits on top of the bus to pull passengers from the vehicle.