Did this 25-year-old foreign service officer have to die?

Anne Smedinghoff's death in a suicide bombing has reignited debate over U.S. intervention in Afghanistan 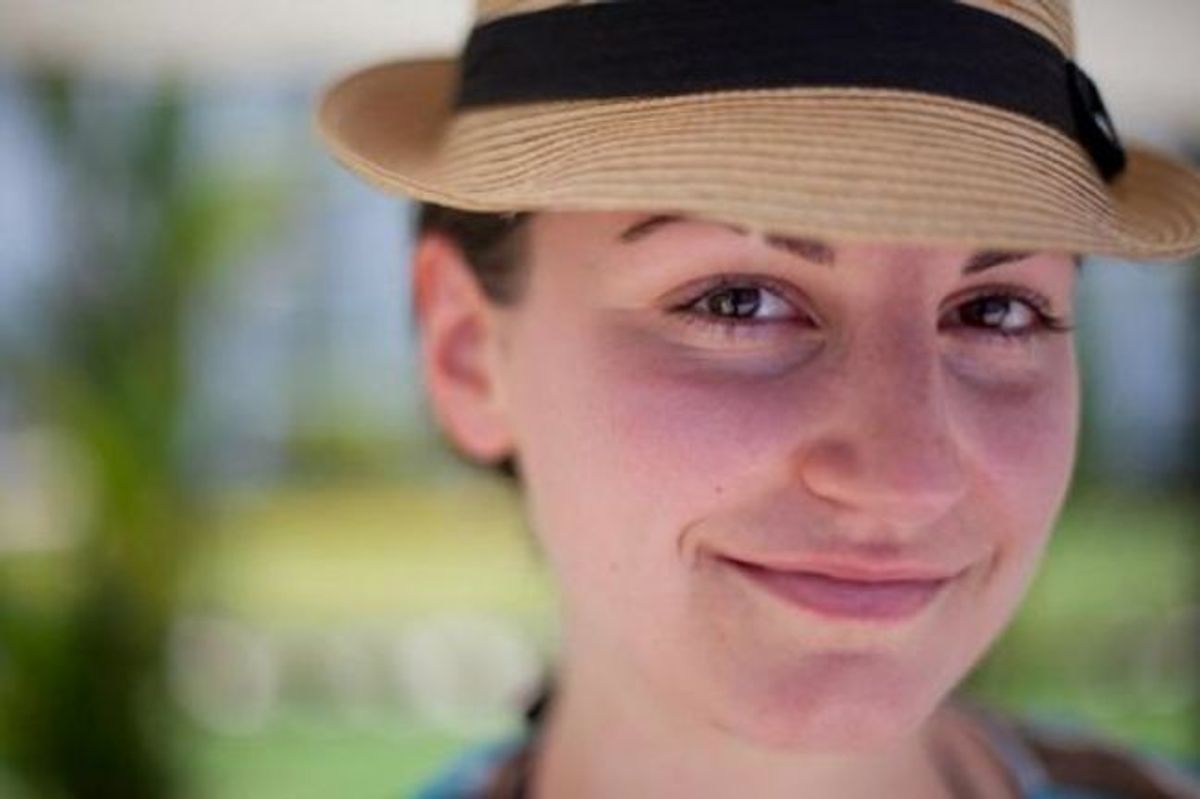 BUZZARDS BAY, Mass. — She was young and idealistic, caught in an old war that, for many, had long since lost its raison d’etre.

When 25-year-old Anne Smedinghoff died in a suicide bombing in the Afghan province of Zabul on Saturday, she sparked a painful and bitter debate about the meaning of the 11-year US intervention in Afghanistan.

On one side stand the State Department and the US Embassy in Kabul, along with the many friends and relatives of the young foreign service officer who are trying to find meaning in her death.

“She thought she could change the world,” said US Ambassador James Cunningham, speaking at a memorial service for Smedinghoff in Kabul on Monday. “Well, she’d made a good start, and in doing so changed us.”

Secretary of State John Kerry, who had met Smedinghoff while in Afghanistan last month, paid glowing tribute to her in a statement he issued Saturday.

“She was everything a foreign service officer should be: smart, capable, eager to serve, and deeply committed to our country and the difference she was making for the Afghan people,” read the statement.

The grieving parents, Tom and Mary Beth Smedinghoff, tried their best to find something positive to say.

“Working as a public diplomacy officer, she particularly enjoyed the opportunity to work directly with the Afghan people and was always looking for opportunities to reach out and help to make a difference in the lives of those living in a country ravaged by war,” read their statement to the media.

“We are consoled knowing that she was doing what she loved, and that she was serving her country by helping to make a positive difference in the world.”

Smedinghoff was killed while on a public diplomacy mission to Zabul, a province in southern Afghanistan that remains one of the most unstable places in the country.

The young diplomat was escorting a contingent of Afghan journalists to a school in the provincial capital Qalat to document the handover of books donated for the education of Afghan children.

Three soldiers and a Defense Department civilian died too, along with at least one Afghan civilian.

More than 2,200 Americans have been killed so far in Operation Enduring Freedom, as the intervention in Afghanistan is known.

In addition, an unknown number of Afghans have also died; there are no reliable figures for Afghan casualties, and estimates vary by tens of thousands. One study gauges that up to 45,600 Afghans had been killed by 2011, but acknowledges that the number is almost certainly low.

On the day Smedinghoff was killed by a suicide bomber in Zabul, at least 10 Afghan childrenwere reported dead in a US airstrike in Kunar, in eastern Afghanistan.

But it is Smedinghoff’s loss that's caught the popular imagination here, her obvious enthusiasm and infectious smile that have driven home to a weary and sometimes cynical public the tragedy of America’s longest war.

She was the first diplomat to die in this war; the first, in fact, since 1979, when the US Ambassador Adolph Dubs was kidnapped by militants and killed in a rescue attempt.

According to Peter Van Buren, a soon-to-be retired foreign service employee, Smedinghoff’s death was the result of an empty political gesture aimed mostly at public relations.

“While Smedinghoff’s death is tragic, what’s more tragic is why she was in Qalat at all,” he wrote in his blog. “She died on a mission meant to prop up the American people in the eyes of a country that doesn’t want us here anymore.”

The US mission in Afghanistan is winding down, with all combat troops scheduled to leave the country by the end of 2014. Afghanistan is facing an uncertain future, and many wonder what all the sacrifice has been for.

Afghan President Hamid Karzai has been vociferous in his condemnation of the US efforts in Afghanistan, recently suggesting that the US troops and the Taliban were working hand in glove to stoke fear in the Afghan population.

Van Buren, a 24-year veteran of the State Department, served for a year in Iraq, coming home to write the book “We Meant Well: How I Helped Lose the Battle for the Hearts and Minds of the Iraqi People.”

The State Department tried to terminate him after publication, but Van Buren successfully defended himself, and will be allowed to retire in September.

Still, his disillusionment with US adventures abroad is tangible.

In an open letter to the secretary of state on Sunday, Van Buren deplored what he termed the senseless sacrifice of such a promising officer.

“Anne’s presence in Afghanistan was about politics, her death delivering books was a political act (if not propaganda),” he said.

Van Buren reminds Kerry of his statement as a young officer back from Vietnam in 1971, when he addressed Congress, and quotes from Kerry’s testimony:

“Each day to facilitate the process by which the United States washes her hands of Vietnam someone has to give up his life so that the United States doesn’t have to admit something that the entire world already knows, so that we can’t say that we have made a mistake …. How do you ask a man to be the last man to die for a mistake??”

The analogy with Afghanistan is too strong to ignore, Van Buren maintains.

“Mr. Secretary, are you the same brave man you were in 1971?” he asked. “And if so, will you not demand that American lives stop being wasted in Afghanistan and elsewhere on politics and bring them home?  Mr. Secretary, will you work so that Anne is the last to die for a mistake?”

This is not a message that goes down well with active foreign service officers, or others currently working for the US government in Afghanistan.

"America does not and will not cower before terrorism,” said Kerry in a press conference in Turkey on Sunday. “We are going to forge on, we're going to step up … We put ourselves in harm's way because we believe in giving hope to our brothers and sisters all over the world, knowing that we share universal human values with people all over the world — the dignity of opportunity and progress.”

Kerry excoriated the “cowardly terrorist determined to bring darkness and death to total strangers,” and vowed that the attack would only strengthen "the resolve of the nation, the diplomatic corps, the military, all resources determined to continue the hard work of helping people to help themselves."

No matter what Van Buren says, diplomacy is more important then ever in Afghanistan, said one official from the US Embassy in Kabul. The risks, while considerable, cannot and should not dissuade the United States from continuing its mission.

“It is places such as Afghanistan where diplomacy most matters. Regardless of the wisdom or morality of the war, or the effectiveness of our development efforts, diplomacy is about finding ways to live with others,” the official told GlobalPost.

But while US diplomats profess to have an undimmed commitment to Afghanistan and its future, Afghans themselves are not so sure.

There have been countless reports of property prices declining, the economy tanking, and Afghans looking to get out before the last US combat troops leave at the end of 2014.

One young Afghan seeking a study abroad program was quite clear about his goals.

“There is a lot of panic here,” he said, “optimism seems low. Some believe there is going to be a peace deal with the Taliban, the same old style of governing, an anarchic descent into deeper chaos.”

The government, he added, was “taking its last breaths,” and he, for one, was not going to be able to defend it.

“I am applying for all opportunities this year,” he said. “I want to be out of Afghanistan by 2014.”