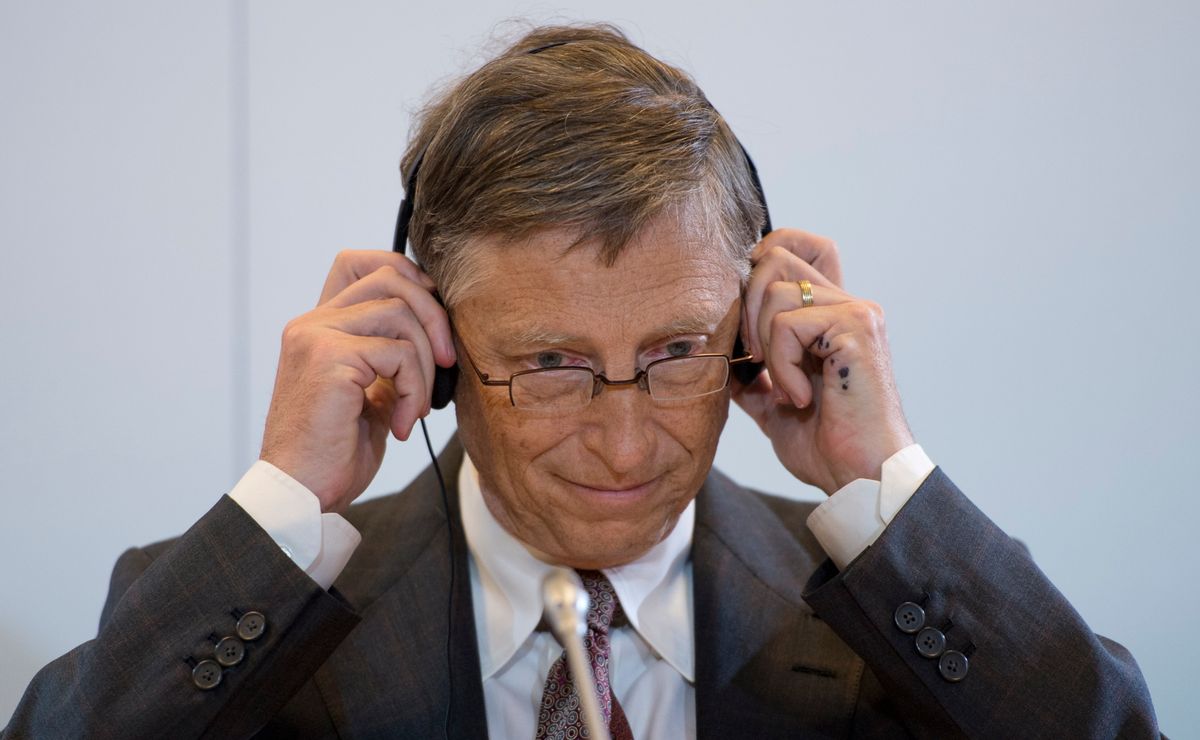 SAN FRANCISCO (AP) — If fewer people are interested in buying a new personal computer, then fewer investors want to own stakes in companies whose fortunes are tied to the sales of laptop and desktop machines.

That logic ruled Thursday as Wall Street reacted to fresh evidence that PCs are turning into a dying breed of technology as consumers and businesses embrace smartphones and tablet computers as their preferred computing devices.

The stocks of PC software maker Microsoft Corp. and PC maker Hewlett-Packard Co. absorbed significant hits on the news that PCs suffered an unprecedented sales decline during the first three months of the year. Other companies connected to the PC industry, such as Intel Corp., also were affected, although not to the same degree as the industry bellwethers.

First-quarter shipments of PCs plummeted by 11 percent to 14 percent from a year earlier, according to separate estimates issued late Wednesday by Gartner Inc. and International Data Corp.

By either measure, it was biggest decrease recorded by either research firm since they began tracking PCs sales. For IDC, the data goes back to 1994 — just before Microsoft released a revamped PC operating system called Windows 95, which played a major role in triggering a sales boom that turned laptop and desktop machines into a household staple.

Microsoft hoped to revive PC demand last year with the debut of the most dramatic makeover of Windows since the 1995 redesign. The changes imbued Windows with some of the qualities of mobile software, including touch-screen controls and a display of applications in a mosaic of interactive tiles.

Although Microsoft says it's happy with the more than 60 million copies of Windows 8 that have been sold since its October release, analysts have been disappointed.

In its report, IDC blamed Windows 8 for accelerating the sales decline by confusing too many people who had become accustomed to using the old operating system. Another problem: The PCs designed to run on Windows 8 are coming in a befuddling array of styles and are demanding significantly higher prices than older models, at a time when the initial out-of-pocket expense for a smartphone is as low as $99 and tablet computers go for less than $200. In a sign of how sensitive consumers have become to prices, Amazon.com Inc.'s top-selling laptop is a $249 Samsung laptop running a new operating system based on Google's Chrome Web browser.

Count Sterne Agee's Shaw Wu among the analysts worried about the future of Microsoft and its partners in the PC industry. "We frankly believe (Microsoft's) strategy of forcing user interface changes that nobody wants has proven to be a disaster," Wu wrote in a Thursday research note.

Nomura Securities analyst Rick Sherlund also took a dimmer view of Microsoft's future prospect as he lowered his recommendation on the company's stock from a "buy" to "neutral." In a Thursday note, Sherlund asserted that about half of all consumers now see little reason to buy a PC or any other device running on Windows.

Microsoft may try to lure back consumers by offering less expensive devices.

The company, which is based in Redmond, Wash., is now developing a smaller version of its Surface tablet to compete with similar-sized devices made by Apple Inc., Google Inc. and Amazon.com Inc., according to a report in The Wall Street Journal, which cited anonymous people familiar with the matter. A Surface tablet with a 7-inch screen could hit the market this year, the Journal said.

Analysts say sales of the Surface with a 10.6-inch screen have been sluggish, despite an expensive marketing campaign.

Sherlund questioned whether Microsoft will ever pose a serious threat to Apple's iPad, Google's Nexus, Amazon's Kindle Fire and a variety of other tablets running on Google's Android software. "If the need is just for a tablet, Microsoft is not the first or second choice in the market and Windows 8 does not change that dynamic," Sherlund wrote.

HP, the world's largest PC maker, has been suffering sales declines with the rest of the market. Its PC shipments plunged by 24 percent in the first quarter. The company, which is based in Palo Alto, Calif., had been hoping to bounce back with the release of Windows 8. With those hopes dashed, HP is now making a laptop that runs on the Chrome operating system. CEO Meg Whitman is also trying to expand the company's more profitable businesses, such as business software, data analysis and consulting.

Intel, whose chips are in 80 percent of the world's personal computers but a laggard in mobile devices, is hoping to boost its revenue with a new line of microprocessors better suited for tablets and lightweight laptops. Among other things, the new chips consume less power so battery life lasts longer — an increasingly important factor in an era of mobile devices.