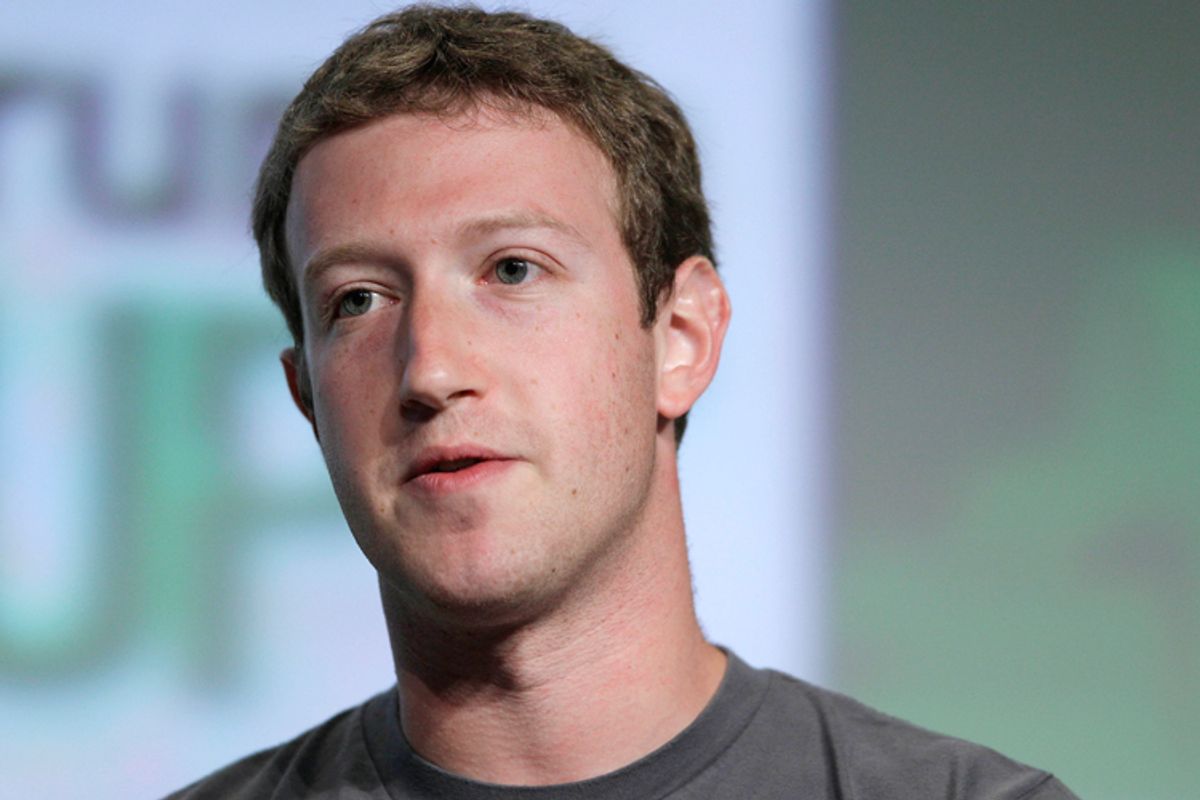 Zuckerberg announced the formation of Fwd.us (pronounced "forward us") in an op-ed article in The Washington Post late Wednesday. In it, he said the U.S. needs a new approach to these issues if it is to get ahead economically. This, he wrote, includes offering immigrants a path to citizenship.

"We have a strange immigration policy for a nation of immigrants," Zuckerberg wrote. "And it's a policy unfit for today's world."

The move comes as a bipartisan Senate group is expected to roll out a comprehensive immigration bill in the coming days. Zuckerberg's goal echoes the proposed legislation. Zuckerberg, whose great-grandparents were immigrants, said he wants "comprehensive immigration reform that begins with effective border security, allows a path to citizenship and lets us attract the most talented and hardest-working people, no matter where they were born."

Zuckerberg also calls for higher standards and accountability in schools and increased focus on learning about science, technology, engineering and math. Today's knowledge and ideas-based economy, the 28-year-old Harvard dropout wrote, is very different from the economy of the 20th century that was based on natural resources, industrial machines and labor.

Fwd.us, he said, was created to "to build the knowledge economy the United States needs to ensure more jobs, innovation and investment."

Also backing the group are tech leaders such as LinkedIn Corp. CEO Reid Hoffman, venture capitalists John Doerr and Jim Breyer, as well as Ruchi Sanghvi of Dropbox, who was Facebook Inc.'s first female engineer. Joe Green, founder of Causes.com, a social network for community organizing, serves as the group's president and founder.

Zuckerberg is not the only high-ranking Facebook executive to use his role to advance social causes. Chief Operating Officer Sheryl Sandberg launched LeanIn.org, a nonprofit aimed at arming women with the tools and guidance they need to keep moving forward in the workforce.

The formation of Zuckerberg's group was reported by The Associated Press and other outlets last month.

Donald Graham, chairman of The Washington Post Co., is a member of Menlo Park, Calif.-based Facebook's board of directors.