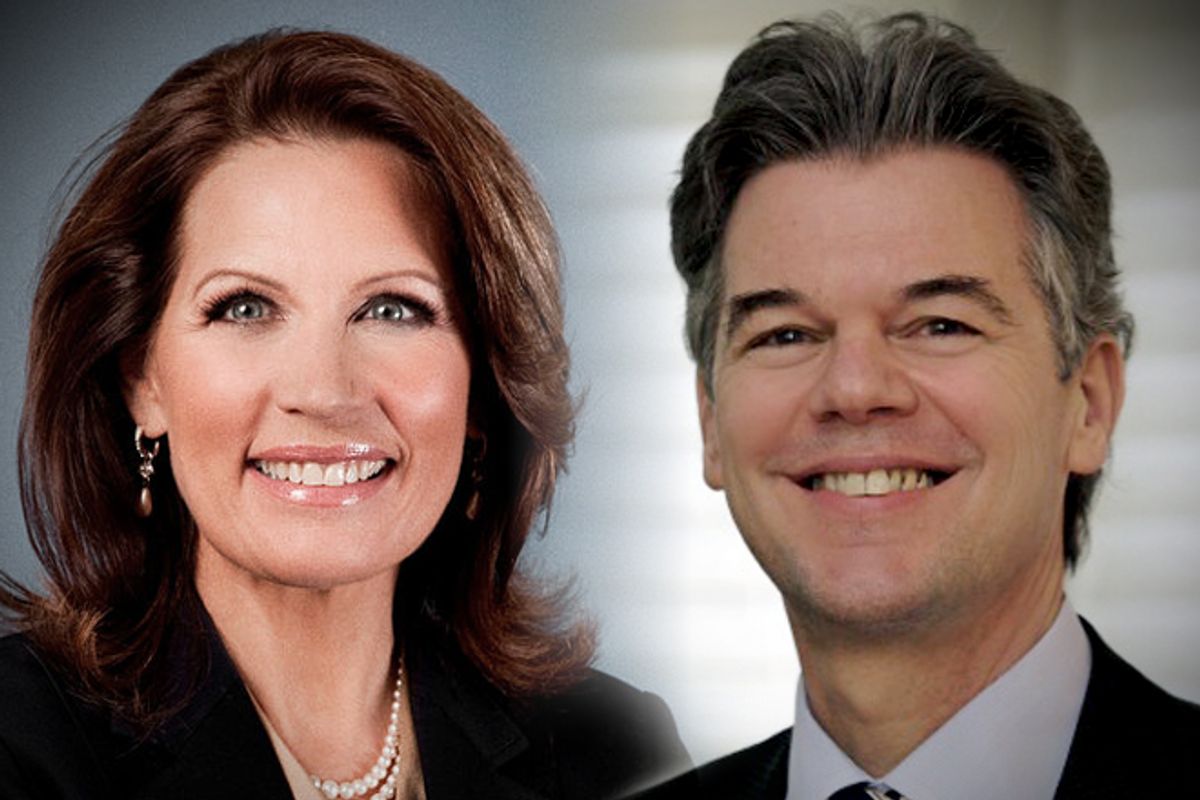 Jim Graves, the Democratic hotel magnate who fought Rep. Michele Bachmann to within 4,500 votes last year, announced today that he's gearing up to challenge the firebrand conservative again in 2014.

“These days Congress is all about and scoring political points rather than actually solving problems and Minnesota’s 6th District -- my home -- is losing out because of that more than anywhere. I’m not interested in celebrity, only in solutions,” Graves said in a press release. “As a businessman who has balanced budgets and created jobs, I’m running to work with both sides to find ways to balance the budget, keep our promises to seniors, create jobs and strengthen the middle class.”

Graves ran what was widely viewed as an effective campaign last year, and outperformed expectations against a congresswoman with an enormous war chest and huge national following in a district that leans conservative, losing by just 1.21 percent. Some liberal activists say Graves could have won if national Democrats got involved earlier, though the DCCC did eventually give the Democrat a boost. This time around, Graves can probably count on more support.

Bachmann initially tried to lay low this year, but that didn't last long as she soon found herself in a messy ethics scandal that could help Graves' campaign. Also working to his advantage, while he was largely unknown in the district when he started in the 2012 cycle, this time he will start with higher name ID thanks to the 2012 race.