From baseball to beisuboru: Foreign languages steal from English too

When adopted by different cultures, English words can take on totally different sounds and meanings 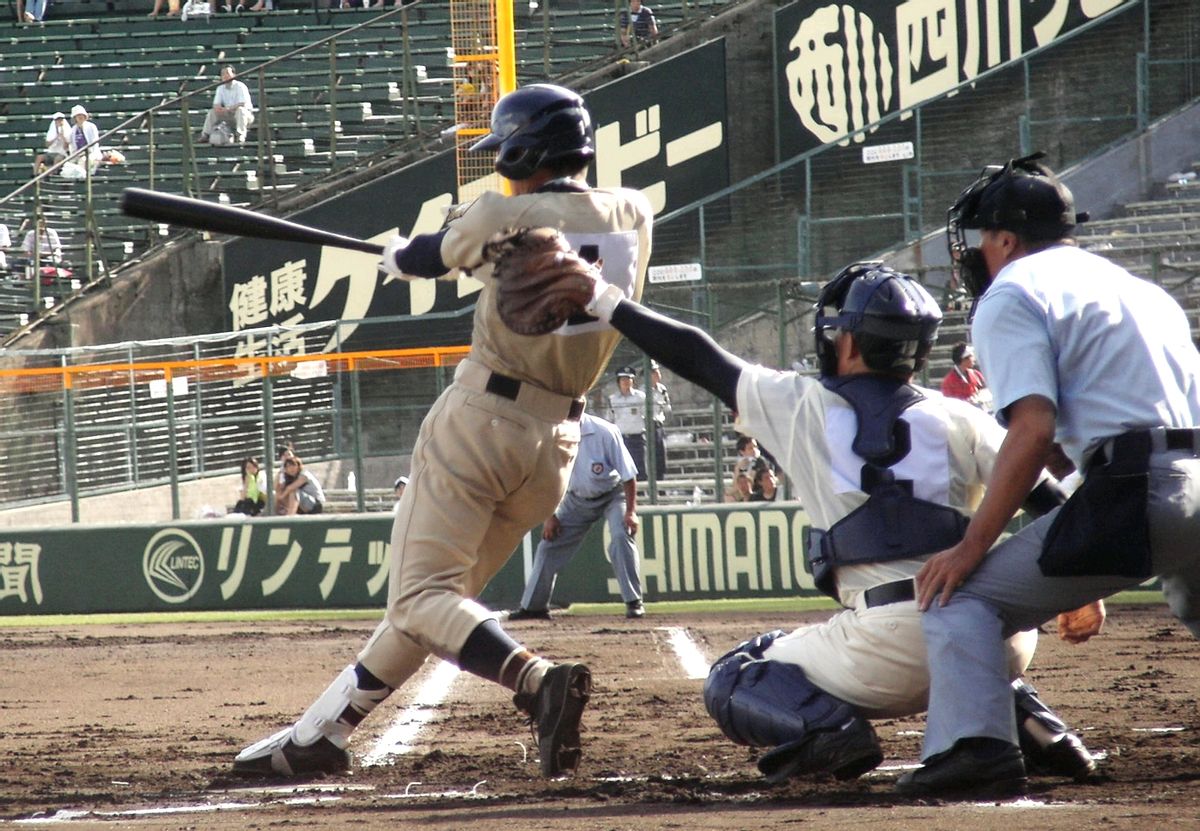 It's no secret that English borrows freely — steals, actually — from other languages. And you're probably familiar with at least a few words from English that have been borrowed into other languages — for instance, le weekend in French. But do you know just how much English words can be changed when they're taken on by other languages? Consider these odd examples:

Different languages have different sets of sounds and different things you can do with those sounds. An English word may have a sound that's not used in the language, or it may have combination of sounds that isn't allowed — for instance, some languages don't allow to consonants together and will either remove one of the consonants or add a vowel between them. Japanese has the famous example of beisuboru for baseball (the u's are very light and not stressed); it also borrowed thrill as suriru because th becomes s, l becomes r, and you can't have the s and r together. Japanese sometimes cuts bits out of words, too: ballpoint pen has become boorupen (which is "ball pen," according to Japanese sound rules).

Some other interesting sound changes to borrowed English words in languages around the world include kwanaa for corner and sukundireebaa for screwdriver in Hausa (a West African language); baafu for bath, faaloo for parlor, and sitadiomu for stadium in Yoruba (another West African language); mirrijin for medicine in Gurindji (an Australian Aboriginal language); bilantufor brilliant and opisiya for office in Sinhala (which is spoken in Sri Lanka); and pilavus for blouse and tákkutar for doctor in Tamil. Tamil also gives us the interesting náram for orange, taken from the original norange, which got changed in English when a norange became an orange.

Thai borrowed the English word cigarette as kaaráet but added the noun-type prefix yaa to make yaakaaráet. Gurindji has doubled up some words: calf has become kaapikaapi, and pig — or piggy— is pikipiki.

A word that's one kind of word in one language can be borrowed into another language and used as another kind of word. English has done plenty of this — for instance, we use crescendo as a noun (and sometimes a verb) though it comes from an Italian adjective meaning "growing louder." Arabic has borrowed a couple of English adjectives to be verbs: nervous has becomenarvas, meaning  "become nervous," and late is now Arabic layyat, meaning "be late."

Naturally, we treat our borrowed words like our own words. We add the usual noun and verb endings to them as appropriate. For instance, we'll say "I rendezvoused with him." (One notable exception is that we often keep the plural forms of borrowed words. See "9 confusing ways to pluralize words.") Other languages often do the same kind of thing. In Finnish, to go on a date is deittailla (the deit is how Finnish spells the sound of the word date). In Hebrew, you might see the verb levarbek, which is a verb meaning "barbecue" — the le has been added to give it a correct verb form, and the sounds have changed as necessary.

Languages also add suffixes of their own to English roots to make new words. For instance, in Russian, a writer of anonymous letters is an anonimshchik, with the first part a borrowing of anonymous from English (which formed it from Greek roots), and the ending a standard suffix to refer to a kind of person.

Use of a term that's not the usual English term

Sometimes a language will borrow an English term for something, but it won't be the term we would use in English. In Germany, a cell phone (a.k.a. mobile phone) is called a Handy, which is also a change from an adjective to a noun. German has a few others of this sort. Don't flip out if a German friend asks if you have a Bodybag: In German, that's a backpack or satchel.

Often enough, there are sound changes that further mask the English origin. Japanese is a treasure trove of these kinds of borrowings. Members of Japan's salary-earning office-working set get the name sarariman, from salary man. A dress — which is a one-piece garment — is called a wanpisu, from one piece. A car's windshield is furontogurasu, from front glass, and if you're driving a convertible, it's an opunka (open car).

Sometimes a loan word has come to have a more specific or more general meaning, or has come to refer to a related thing. In Swahili, gauni, from gown, means just "woman's dress." In Hausa, when you refer to a faadaa, from father, you mean a priest. In Gurindji, Monday is calledwajintayi, from washing day. And in Polish, smoking means a blazer or sport coat. How? Fromsmoking jacket — the main noun was dropped and the modifier got the spotlight, a change of both word type and meaning, although the pronunciation is effectively the same.

These are just a few examples, of course. English is so widespread that it shows up in many languages, often in forms you wouldn't recognize. And turnabout is fair play: Most of modern English's vocabulary is stolen from other languages. But it's not as though English is special in this way. If you visit the World Loanword Database at wold.livingsources.org, you'll find hundreds of languages that have borrowed and been borrowed from — in all of the ways described above.