The bank acknowledges its mistake, but dismisses it as "artistic representation" 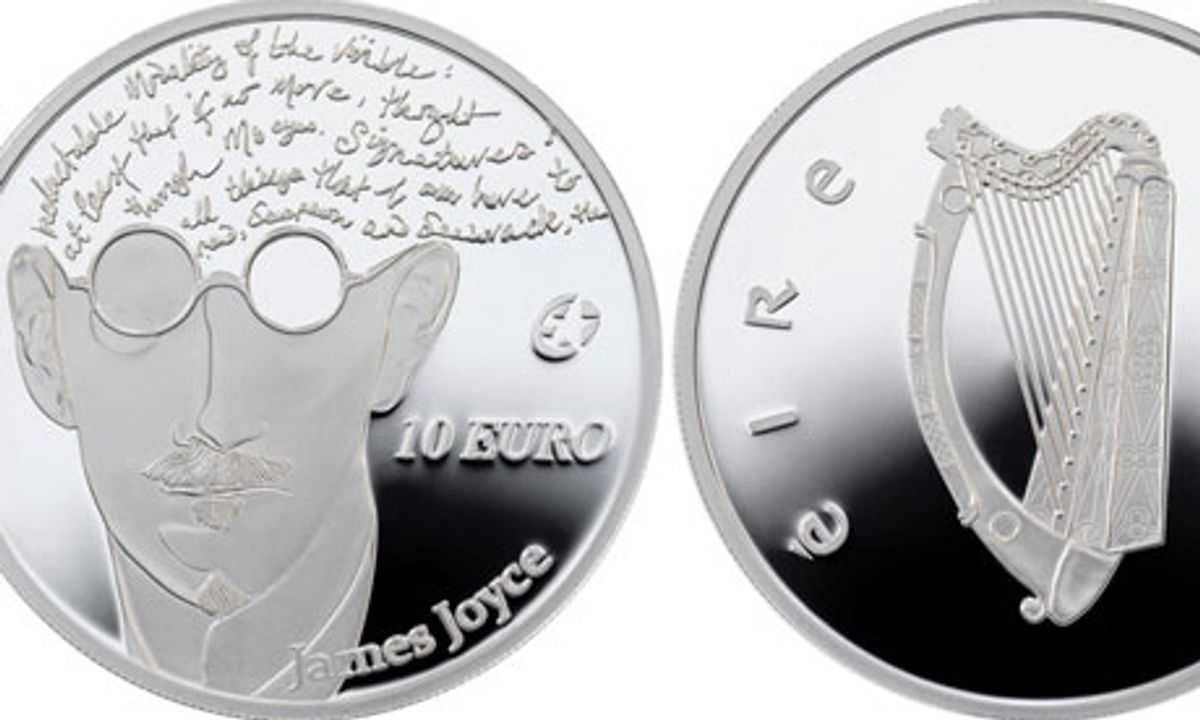 Ireland's central bank has issued a new silver €10 coin to commemorate James Joyce, which features an illustration of the modernist writer and a quote from his celebrated work "Ulysses." Except that the quote, taken from the book's third chapter, has been misquoted on the coin.

The quote comes from a scene when one of the two main characters, Stephen Dedalus, is walking along Sandymount Strand in the writer's native Dublin.

Joyce wrote: "Ineluctable modality of the visible: at least that if no more, thought through my eyes. Signatures of all things I am here to read."

The bank responded on Thursday, admitting that the misquotation is an "error," but calls it "artistic representation" and not "literal representation":

"The Central Bank acknowledges that the text on the Joyce coin does not correspond to the precise text as it appears in Ulysses (an additional word 'that' has been added to the second sentence). While the error is regretted, it should be noted that the coin is an artistic representation of the author and text and not intended as a literal representation.

"The coin will continue to be available for purchase. Anyone purchasing the coin will be informed as to the error in the text. Anyone who may already have purchased the coin and wishes to return it will be facilitated with a full refund."