Sen. Rand Paul's said he was either "brave or crazy" to speak at historically black Howard University 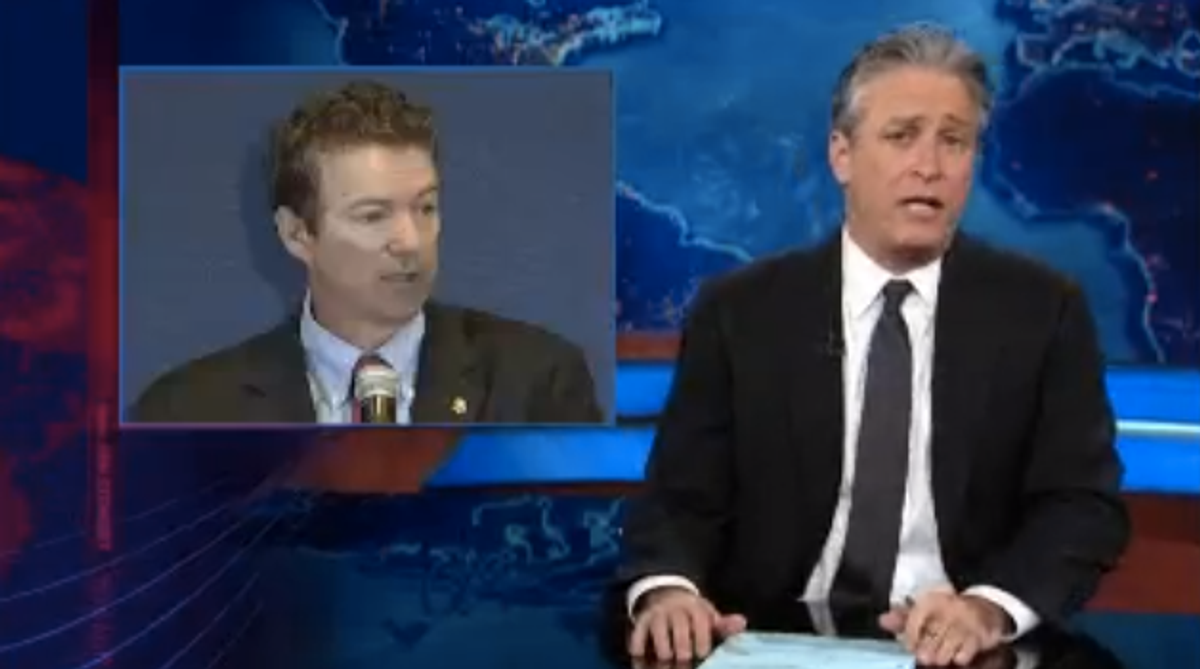 This is an actual thing Sen. Rand Paul, R-Ky said to students at historically black Howard University recently:
""Some people have asked me, 'Are you nervous about speaking at Howard?'" and "Some have said that I'm either brave or crazy to be here today."

He then continued on an increasingly out-of-touch and ignorant conversation on race relations between the GOP and blacks. Jon Stewart shares the highlights and sets the record straight: