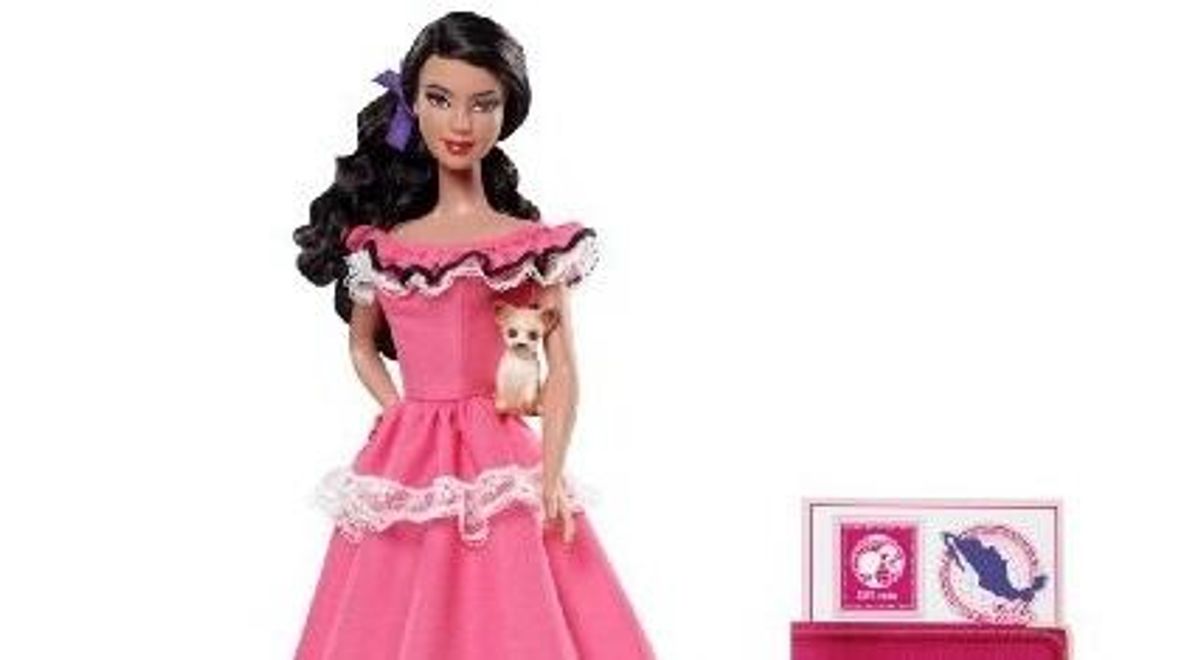 A new Mexican Barbie in Mattel’s “Dolls of the World” series has sparked outrage for what opponents argue is an offensive depiction of Mexican culture.

According to Fox News Latino, the new line of Barbie dolls was launched to appeal to a more “diverse generation” of customers and boasts a number of dolls from Latin America. But the Mexican Barbie, its newest addition, sparked a particular backlash when journalist Laura Martinez mocked it on her blog, writing, “The folks over at Mattel are so smart, that not only they have come up with a Mexican Barbie, but they have given her all the possible tools to go around the U.S. the world undisturbed [sic].”

By “tools,” Martinez was referring not to the Barbie’s fiesta dress and pet Chihuahua, but more specifically, to the passport and sticker sheet she came with. “It is not for me to inform you about the ‘play value’ that a passport provides, so go ahead! Play with your Barbie Mexicana and don’t even think of calling her indocumentada,” Martinez wrote.

While the bright pink passport isn’t specific to the Mexican Barbie (a passport comes included with all of the Barbies in the “Dolls of the World” collection, which was created in 1980) its inclusion struck a nerve among readers on sites like Twitter and Reddit.

In an interview with Fox News, Chairman and Co-founder of the National Hispanic Foundation for the Arts Felix Sanchez didn’t seem to take issue with the passport, but he said that Mattel could stand to modernize their dolls and make them less stereotypical.

“It would be nice to see some contemporary images from these countries,” Sanchez said. “These images seem very dated and seem to have been created for a different time.”

Sara Rosales, a spokeswoman for Mattel, said that the Barbie was created to help foster learning and appreciation of different countries and cultures.

“Girls enjoy exploring the world and learning about different cultures through play,” Rosales said.  “The Barbie brand understands the significance of introducing new cultures to girls in a relatable way.”