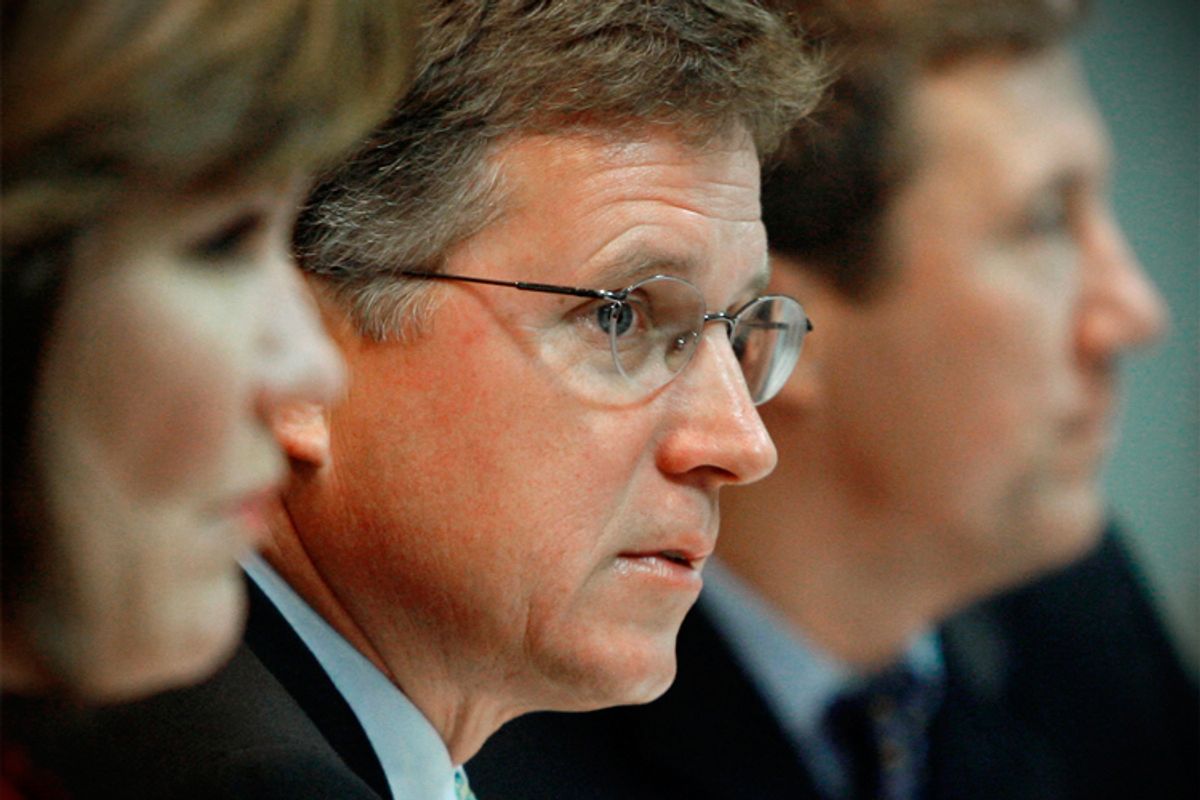 Barry Smitherman, who was appointed by Texas Gov. Rick Perry to chair the state's powerful oil and gas industry regulator, retweeted a picture of the names of the 13 Republican senators who voted for cloture on a gun bill this week, along with a noose and the word "TREASON." "Make sure none of these people have seats in 2014," the original tweet said.

Smitherman is the head of the Texas Railroad Commission, which, despite its name, has nothing to do with railroads, but instead oversees the petroleum industry. It's well known as a stepping-stone for people wanting to run for higher office, and Smitherman is rumored to be eyeing a run for attorney general in 2014. Perry appointed Smitherman to fill a vacancy in 2011.

The original tweet came from a blog called The Psychotic Scrivener, which is rife with paranoid rants about "big brother" and messages like this: "we have communists in control of Congress, and also a communist President." Of course, retweets generally do not equal endorsements, but the tweet has already provoked outrage in the state and the message seems to fit with Smitherman's other tweets showing strong opposition to gun control.

"Barry Smitherman's reprehensible action is disturbing, disgusting, and has absolutely no place in our political discourse," Matt Glazer, the Executive Director of Progress Texas said in a statement. "To suggest that any American, let alone a U.S. Senator, deserves to be hung for a democratically cast vote is absolutely unacceptable." The liberal group is calling on Perry to officially admonish Smitherman.

Here's Smitherman's tweet, which currently remains up (here's a screen grab if it's removed):

RT @psychscriv: Make sure none of these people have seats in 2014. twitter.com/PsychScriv/sta…We are in trouble when these Rs side w/ Sen Reid