Pic of the day: Joe Biden meets the "Veep" 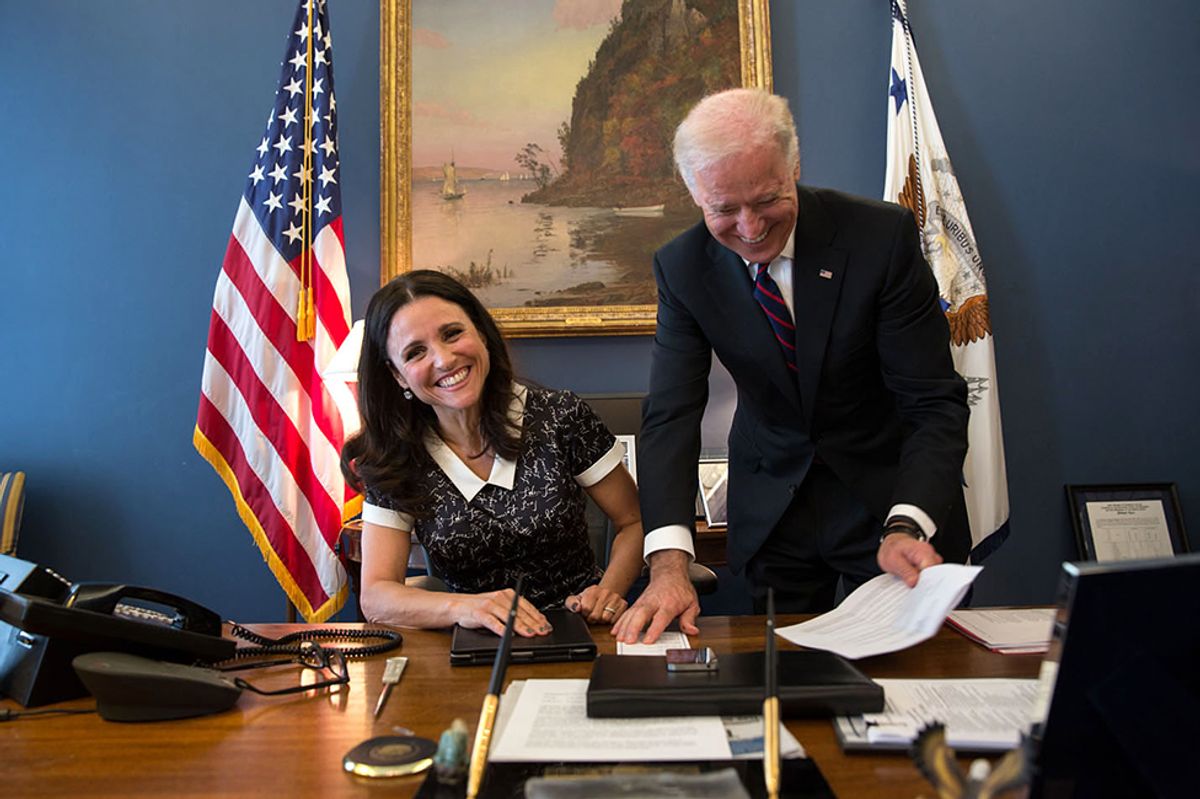 Vice President Joe Biden met with Julia Louis-Dreyfus, the star of HBO's "Veep," in his office at the White House. In an audio recording posted on the Vice President's "Being Biden" blog, Louis-Dreyfus describes the visit:

"This is a picture of two Vice Presidents hard at work in the Vice President's office in the West Wing. I came to have lunch with Vice President Joe Biden and I surprised him by sitting at his desk, so he thought he'd just ask my advice on various briefs he had to deal with. And I was happy to give him my advice, which he paid no attention to whatsoever. Which is why he's such a wise Vice President."