Sponsors scramble to back first out gay athlete

As rumors swirl that four NFL players are ready to come out, sponsors vie for the chance to cash in 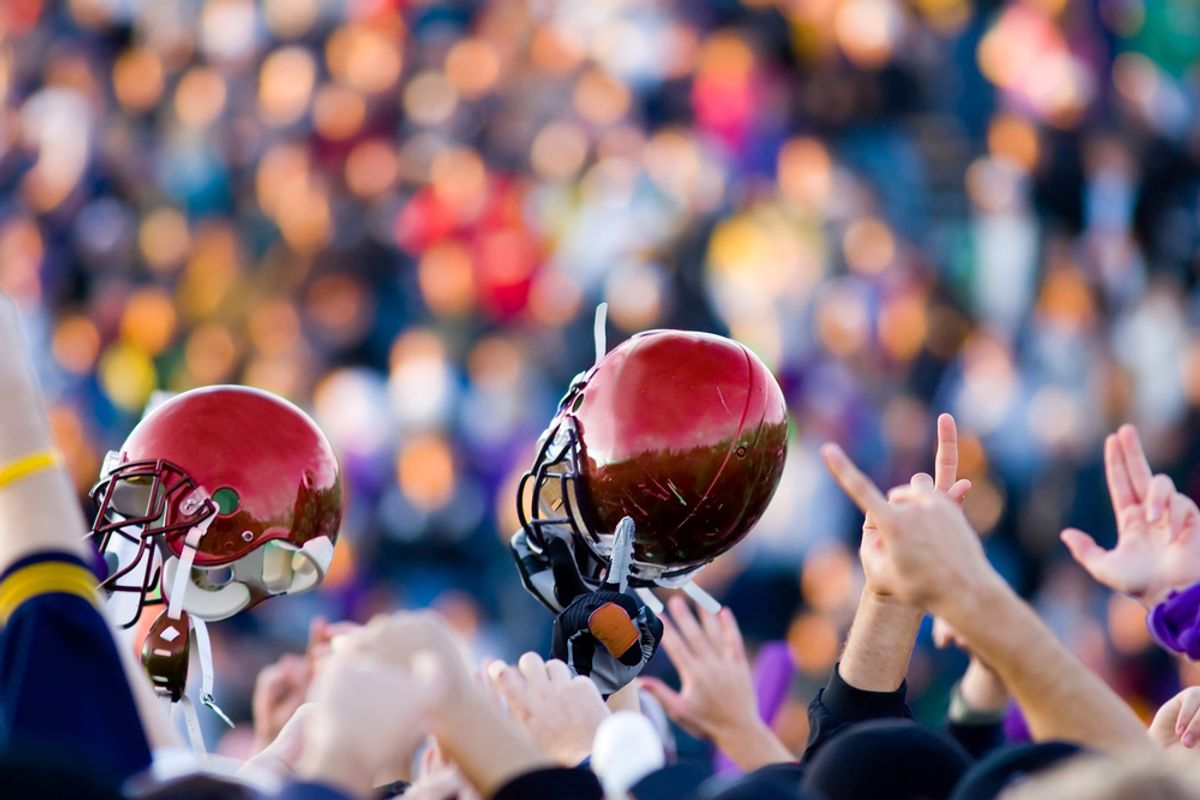 The National Hockey League announced its gay athletes initiative on Thursday, while rumors continue to swirl that the National Football League is readying for its first -- and maybe second, third and fourth -- out player. It seems that the culture of professional sports is in the early stages of a historic change, and sponsors are ready to cash in.

“The player who does it, they’re going to be amazed at the additional opportunities that are put on the table, not the ones that are taken off,” National Basketball Association’s Golden State Warriors president Rick Welts told Bloomberg News on Friday.

Rather than hurting a player financially, being the first out professional athlete could make them, and, of course, their sponsors, a whole lot of money, as Bloomberg reports:

According to Bob Witeck, 61, a gay-marketing strategist and corporate consultant, the first openly gay team-sport athlete -- provided he’s a recognizable name -- would earn millions in endorsements and speaking engagements from companies seeking to capture more of a U.S. lesbian, gay, bisexual and transgender adult population whose annual buying power he pegs at almost $800 billion.

Advertisers aren't afraid because getting behind such a historic shift can mean big payoffs for early adopters: “There’s higher reward than risk right now,” Witeck added. “The first time you do something you get most of the benefit.”

Billionaire Mark Cuban, owner of the Dallas Mavericks, agrees, as he told Bloomberg in an email: “It would be a marketing goldmine for all involved.”

If assigning a monetary value to the first-ever out player and a pursuant decline of homophobia in sports culture sounds cynical to you, then you are pretty good at spotting things that are cynical. But that doesn't mean it's not true: Corporate sponsorship has long played a significant role in creating mainstream visibility and influence for gay equality: Ellen has JCPenny and CoverGirl. The San Francisco gay pride parade has, well, virtually every conceivable sponsor out there. The rainbow-ification of corporate advertising makes certain people a lot of money, and, as a recent survey found, can help to increase the visibility of gay life and positively influence people's views about gay rights.

“The first openly gay athlete could do quite well,” Bob Dorfman, executive director at San Francisco-based Baker Street Advertising, also told Bloomberg. “I can’t see a company putting their whole endorsement budget into one gay athlete, but as part of a stable of athlete endorsers, the first openly gay one would be a welcome and profitable addition.”

Now, if being an openly gay player is suddenly good for business, will the homophobia of Chris Culliver and others in professional sports become a financial liability? Let's hope.